Barriers and the Ballot: Voting with disabilities 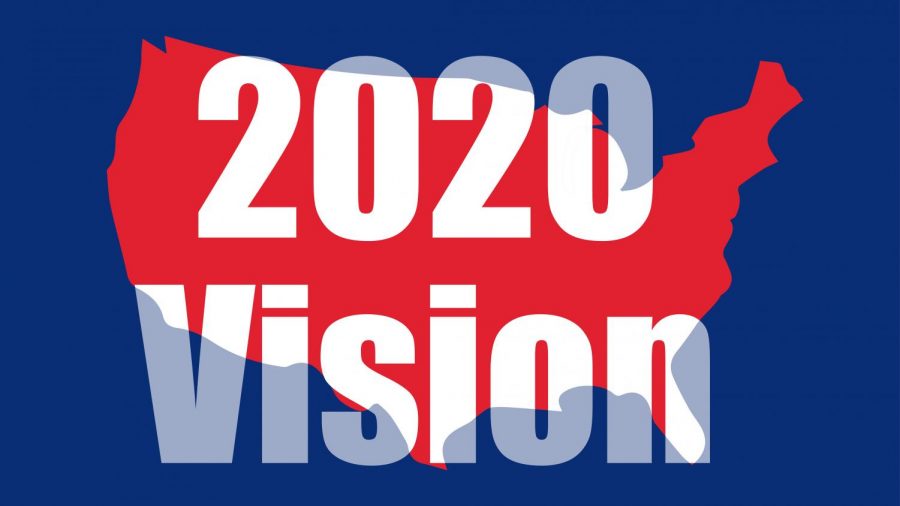 With the presidential election in November, 2020 is a big year for politics. Many American citizens will flock to the polls to exercise their rights and amongst them will be people with disabilities.

Due to recent advancements in technology, many more people who have registered disabilities have been turning up to the polls and letting their voices be heard. Kaitlin Anderle, Director of Student Disability Services, says it’s due to the plans put in place to make voting more accessible.

“It can be things as simple as appropriate parking, having a door that has an accessible entrance, providing transportation for someone and proper training for poll workers,” said Anderle.

Anderle explained that depending on the state, different rules are put in place to help those with disabilities in the voting process.

“Different states have different equipment for accessible voting,” said Anderle. “Whether [that equipment] be for people who are visually impaired or deaf, or then being able to physically access the polling space if you use a wheelchair and that it’s at a height that can be accessed. There are different machines that are used.”

According to Anderle, some examples of accommodations put in place for those with disabilities can include ramps and closer parking. Along with those accommodations, Anderle explained that many polling places have specific machines that can be moved up and down as well to accommodate people in wheelchairs. People who are blind are given ballots written in braille whether at their polling site or in the mail.

According to VotePA.com, in the state of Pennsylvania at least one voting machine in each polling site should be handicap accessible. If there is not one, the person voting may bring one person who meets certain criteria to help them as they cast their vote.

According to WESA.fm, Pittsburgh’s National Public Radio station, only 17% of polling places in 2017 were easy for people with disabilities to access. As a result of this, Pennsylvania Senator Bob Casey is proposing the Accessible Voting Act of 2020, which would increase accessibility for those with disabilities and limited English.

However, while this legislation and the efforts made before it all helps those with physical disabilities, Anderle said that nothing has been done to help those with “invisible” disabilities.

Special education instructor and disabilities advocate Wendelin Brown agreed with Anderle that action needs to be taken to accommodate all disabilities.

“People with physical disabilities benefit from physical alterations to the property,” said Brown. “On the other hand, there are more disabilities than just that.”

First-year vocal performance student Sarah Ounsworth’s sister Amanda is autistic. She is 20 years old and legally allowed to vote; however, Ounsworth explained that due to her sister’s disability no has ever explained the process to her.

“A lot of it is due to social bias. Just because a lot of people don’t think they should have the right just because they assume an intellectual disability would mean there would be an issue with them voting,” explained Ounsworth.

Ounsworth explained that when her sister has gone to polling places before, everyone would stare at her and not help her.

Brown said she believes that preparing individuals with disabilities before election day would help them feel more comfortable in those environments.

“Opportunities need to be offered ahead of election day, so people could be brought into those environments to know how the machines work and how to make the decision on who to vote for,” said Brown.

VotePA.com says on their website that individuals with “permanent disabilities” or who’s polling place is inaccessible may apply for absentee ballots. According to Anderle this would take away their right to experience the process of going into a building and casting their vote.

Anderle explained that if individuals with mental disabilities did exercise their right to vote at a polling place rather than use the mail or an absentee ballot, the next obstacle would be transportation..

According to Anderle another challenge individuals with disabilities experience is the institution of caucuses rather than primary elections. In fact, during the 2016 presidential election there were still 16 states doing caucuses.

“They require a lot of physical labor and it’s a lot of overstimulation because its all people essentially just going there. That really makes it difficult for a lot of different populations and it requires waiting in lines, being able to stand for an extended period of time and there’s not seating,” said Anderle.

Anderle continued saying that since 2016, the number of states still doing caucuses has gone down significantly and those who are still doing them have separate events for those with disabilities.

Brown said that its imperative that accessible polling places are guaranteed to individuals with disabilities.

“Some things have moved forward. There is more awareness in some areas and it is because of the people,” said Anderle. “The people who are being marginalized have to promote this awareness. They need to fight for their right to vote, and it shouldn’t be that way.”