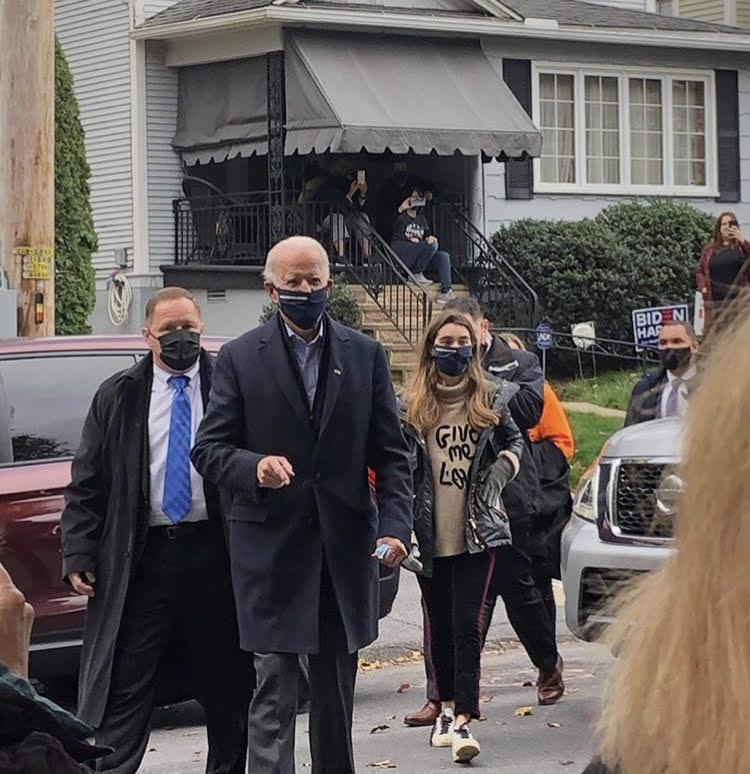 Democratic Nominee for President Joe Biden started off the morning of Election Day in the Electric City.

Biden, who spent the first 10 years of his life in Scranton, returned to his childhood home on North Washington Avenue on Nov. 3 where he left a note on the wall that read:

Jason Lee, a senior accounting major at Marywood, said he was excited to see the former Vice President down the street from the university’s campus. Lee, who describes himself as a “fairly Conservative guy,” said he can see the appeal of Biden.

“I think the biggest appeal of Joe Biden is his personability,” said Lee. “I think that will make him a really good leader.”

Scranton natives Virginia McGregor and James Wetter were among those swarming the street in front of Biden’s childhood home for a chance to see the presidential candidate.

“I thought it was great,” said McGregor. “It was a good bit of something positive for today when everyone’s a little anxious and waiting around. It’s always nice when he adds a little extra attention here. He’s been here a ton during the campaign which is nice to see. He’s talked a lot about Scranton and he really sticks to it.”

Biden also stopped by Hank’s Hoagies, a local hoagie shop, before he left to head to Philadelphia. Lee said it cool to think that a Scranton native could possibly become president.

“Knowing that he grew up three doors from my apartment complex and that he routinely visits and tries to be a part of the community as much as possible,” said Lee. “I think it’s a really, really cool thing to know about him.”