The Fricchione Center reopens and looks toward the future 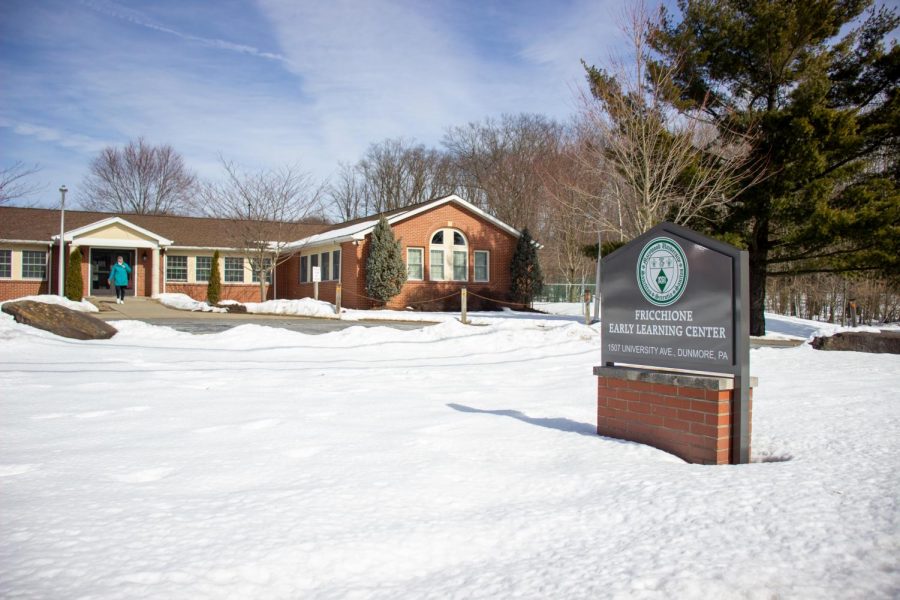 This semester, the Fricchione Center reopened after being closed since spring 2021 due to COVID-19.

According to Director Natalie Lucas, $28,000 in CARES relief was used to make upgrades to the facility in order to reopen. Some of these upgrades include: new flooring, new front doors, wireless upgrades and Samsung tablets for all the classrooms.

Lucas explained that the decision to change the name of the facility was made in order to reflect all that is done at the facility.

“Day Care is a term used to describe caring for children,” said Lucas. “The Fricchione Early Learning Center, while it does care for children, it also educates young children.”

Lucas noted that this group of young children includes those ages eight weeks to pre-K.

Lucas explained that excitement has been in the air since the center reopened.

“The students have been extremely excited coming back to the Fricchione Center,” said Lucas. “Some of our families are returning families so they’re excited to see their teachers and get back into a routine.”

Besides families who use the facility, staff members have also anticipated the return, explained Group Supervisor Erin Mitchell.

“We know people have been needing care and we’ve been wanting to give care,” said Mitchell. “We’re just really great to be back.”

Mitchell explained that the decreased number of staff members has been difficult.

“All of the staff that we had here were not able to come back [due to COVID-19],” said Mitchell. “That’s been a little difficult to get used to people not being here.”

Despite the change the facility has gone through this past year, Mitchell explained that it’s all worth it.

“We know that families need our help,” said Mitchell. “We are here to give their children the best care that we are able to so that they can go out and get back to work.”

As the facility starts to return to a routine they are looking forward to the future, specifically their 30th anniversary in September. Lucas said the facility plans to celebrate the anniversary during the facility’s annual fall festival.