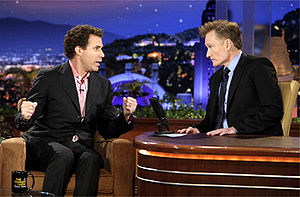 Editor’s Note: It’s really a sad state of affairs for a student newspaper when all the staff but one is graduating at the end of this semester, and yet barely any student writers come to the meetings to write for the Wood Word.

So I found a freshman journalism major and tied him to a chair and forced him to write a large article that covered all the topics which were neglected at the last writer’s meeting:

I am sorry that I didn’t come to the meeting.

Those that run the newspaper, all the editors, PR, layout and faculty advisor, do a great job to provide the Maywood University community with information pertaining to everything from campus events to international affairs. Putting out a newspaper is a very time-consuming and difficult process, so kudos to those that put all the time in to be sure it’s out.

Now, I will touch on a multitude of topics which need to be covered. I will do so in one huge article, which hopefully takes up space.

I will begin this extensive piece of shabby journalism, a sort of journalist filibuster, by warning the reader that I am eschewing the inverted pyramid method of writing.  It doesn’t necessarily work well when tied to a chair, speaking into a cheap RCA speech recorder. It also doesn’t hold water when writing a commentary piece whatsoever.

Not to mention that this piece will cover many different topics and the important information for the various topics will be scattered throughout this article, not necessarily with the important stuff up front, except my apology letter.

So far, the 2nd decade of the 21st century has been wholly depressing. I know that it’s only been one month into it, but a lot of things have happened that lead to my claim. Let’s start it off on a sort of light note.

Recently, there has been has been another case involving the screwing-over of someone by the National Broadcasting Company in favor of Jay Leno. Is this 1992 again? No, this time the screwed-one is Conan O’Brien, who took over the Tonight reins in the spring of ’09. Jay Leno was given a 10pm prime-time slot. His ratings were nothing to write home about, and Conan O’Brien’s ratings tanked as well, partially because he was forced to give up some of his wacky antics which made his older show hilarious. CBS’ David Letterman came out on top.

But then NBC decided to push back the start time of the Tonight Show to 12:05a.m., thus negating the title “Tonight Show” because it would technically be the next day. Conan O’Brien stressed the fact that the show always started at 11:35p.m., every weeknight for 60 years, and changing the time slot would eventually lead to the demise of the show. Especially with the faltering Jay Leno being given an 11:35 start for a half-hour of un-funniness.

The real shame is that Conan’s entire staff, including the band, writers, camera crew, and other various, but essential, working parts of the show moved themselves and their families from the East Coast to the West Coast to work on the Tonight Show. But the NBC executives decided on making a bonehead move and saying sayonara to everyone, forcing them to scramble to figure out what to do with their lives.

Don’t worry about Conan though, he got a whopping $30 million, and after September, he can go to any network. The majority of his crew would likely go as well, but without the big-money deal.

Let’s hope he comes back to the east coast… anywhere would be fine. But please, for your own good, Conan, stay out of the Jersey Shore.

Even though a nickname like “Coco” would fit in on that show, I’m afraid you are just too pale, and your fire-orange hair won’t fit in with the jet-black, greased-up hairdos of the James Dean- and-Sophia Loren-wannabe-mutants on the “Jersey Shore.”

Some might say that perpetually-tanned-ones on the “Jersey Shore” are offensive. I say they are nauseous, and this comes from a guy who prefers brunettes to blondes…of course there was the Hillsssssss….

Editor’s Note: At this point, the freshman slipped into a daydream and I had to douse him with a glass of water to awake him from a day dream about former star of “The Hills,” Heidi Montag. He said in the dream, she was co-starring with herself in a remake of “Face-Off.”