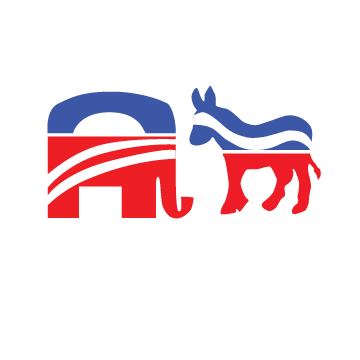 The first debate of the 2012 presidential race was anticipated to be electrically charged and would have been a great opportunity for either candidate to set the tone for the race. However, neither candidate effectively did so.

On Wednesday, Oct. 3, President Barack Obama and his opponent Governor Mitt Romney went toe to toe in the first presidential debate of the 2012 election cycle at the University of Denver.

This year, each debate is scheduled to last roughly 90 minutes. There will be six 15-minute segments with two-minute answers for the first question, then open discussion for the remainder of each segment. A single moderator also moderates the debate this year. On Oct. 3, PBS’s Jim Lehrer, who has now moderated 12 presidential debates, had the privilege of moderating the first presidential debate between Obama and Romney.

The candidates battled over health care issues, social security, and economic issues in the first debate. The debate captured no real memorable events for those who watched. Both candidates gracefully attempted to civilly address issues such as tax policy, social security, and the economic budget. However, many might have found it difficult to decipher their key points on any particular issue.

Obama campaign manager Jim Messina reported to ABC News the following: “Gov.ernor Romney attacked pretty well. We understand that’s what he had to do tonight, but he didn’t lay out where he wants to take this country. The president did win this debate.”

Although the debate did not have any memorable moments pertaining to hard hitting issues, the Internet was set on fire by one comment made by Romney to cut Big Bird‘s funding.

During the debate Romney stated, “I’m going to stop the subsidy to PBS. I like PBS, I love Big Bird. Actually, I like you, too (referring to Lehr). But I’m not going to keep on spending money on things that we have to borrow money from China to pay for.”

Although this comment and many others Romney made were witty and off the cuff, it was clear it was a way for Romney to throw a few jabs at his opponent and even moderator Jim Lehrer. Romney presented himself as being civil, but in the aftermath we can see that most of what he said was to provoke a rise out of Obama.

On the other hand President Obama seemed to keep his composure and not feed into Romney’s argumentative style. However, Obama while addressing key issues stammered and seemed to lose his train of thought.

Twitter announced shortly after Wednesday’s debate that it had been the most tweeted event in U.S. political history with 11 million comments and the fourth most tweeted telecast of any kind.

The first presidential debate may not have lived up to the anticipated battle we had come to expect and the candidates’ performances were mediocre at best.

The next presidential debate of the 2012 election cycle is scheduled for Tuesday, Oct. 16. Hopefully, both candidates will learn from their errors from the first round and offer Americans more to contemplate than the potential defunding of Sesame Street.

On Nov. 6, it’s your opportunity to cast your vote in order to decide in what direction our country will venture.