He said, she said: Should Colosseum vandals be punished? 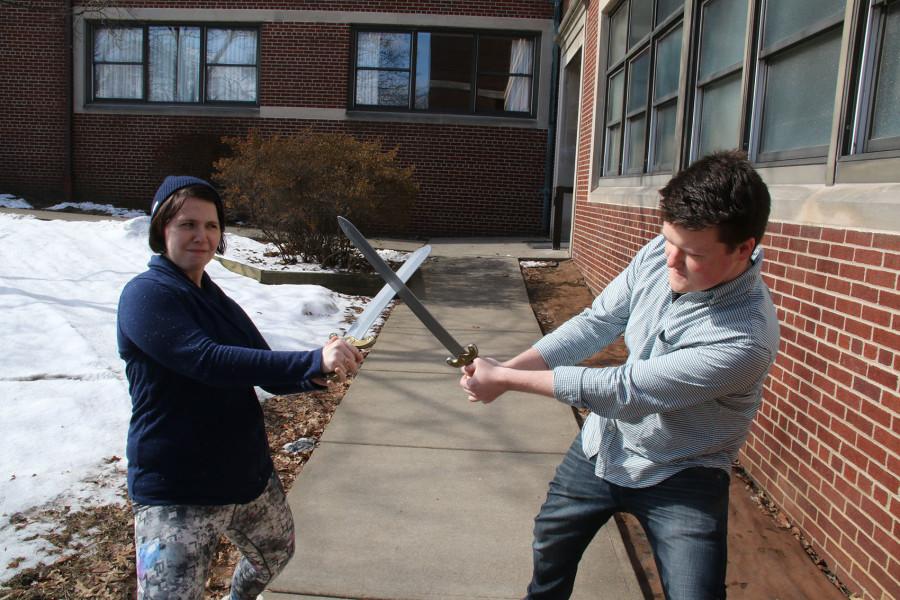 He Said: Vandalism not good, but part of history now

According to the Washington Post  two Americans were arrested in Rome earlier this month after carving their initials, a “J” and an “N,” into a wall of the Colosseum.

Last year, a Russian tourist did the same thing, and was fined the equivalent of almost $25,000, according to Fox News . It seems likely the American tourists will be facing a similar fate.

The Colosseum is undeniably a major part of history, as it has stood in one of the most important cities in the world for close to two thousand years. It is a major piece of cultural heritage, for both Italians and humanity as a whole. As such, it should be protected and preserved for future generations.

But here’s the thing: I don’t believe that the vandalism should be erased.

Humans, since the inception of our species, have felt the need to leave our mark on time, and this often comes in the form of leaving our writing on big things. This can be seen as early as over 18,000 years ago, as our early ancestors painted the animals they saw in the caves of Lascaux in France.

In more recent times, meaning before the destruction of Pompeii by Mount Vesuvius, vandals in the ancient city chose to leave their marks by scrawling some seriously dirty jokes on the walls of the city.

Vandalism such as this gives modern-day archaeologists and anthropologists an interesting peak into the past. It shows what people were thinking about at the time of the vandalism–be it the prey they were hunting or simply sex jokes–but above all else it shows that the human mindset has hardly changed over the years. We simply want to write things down and be remembered.

So while “J” and “N,” whose real names have not been revealed, definitely should not have purposely destroyed part of a cultural landmark like the Colosseum, their mark should be left. It is part of history now, and to erase it would be tantamount to trying to erase the past.

While I have to agree with Pat’s statement that vandalism is an important part of history, I think another point to be made is the fact that it is still illegal to vandalize certain pieces of property, one of those being the Colosseum.

Pat pointed out how important the Colosseum is to world history and especially Italians. It is important, so I understand why the government would be upset about someone defacing an iconic landmark. It should be protected, and I think those women, like so many before them, should be fined.

Arguing that because other people have vandalized historical buildings and landmarks in the past should necessitate a “pass” for these vandals is like saying that just because a lot of people steal, it shouldn’t be illegal.

I understand the glamour and finality of having your name or initial on a famous landmark that millions of people visit, but when these women posted the picture online, they should not have been surprised when they were reprimanded.

This apparently innate human desire to be remembered can also be described as a selfish attention-seeking act. It would be one thing to vandalize the building and have that be a personal moment, but to publicize the act for all to see online is something else entirely.

Vandalism is not a new concept and it will certainly be around for years to come. Just because something has become “the norm,” doesn’t mean that it is an appropriate behavior.