A brokered convention is the drastic move needed to stop Trump 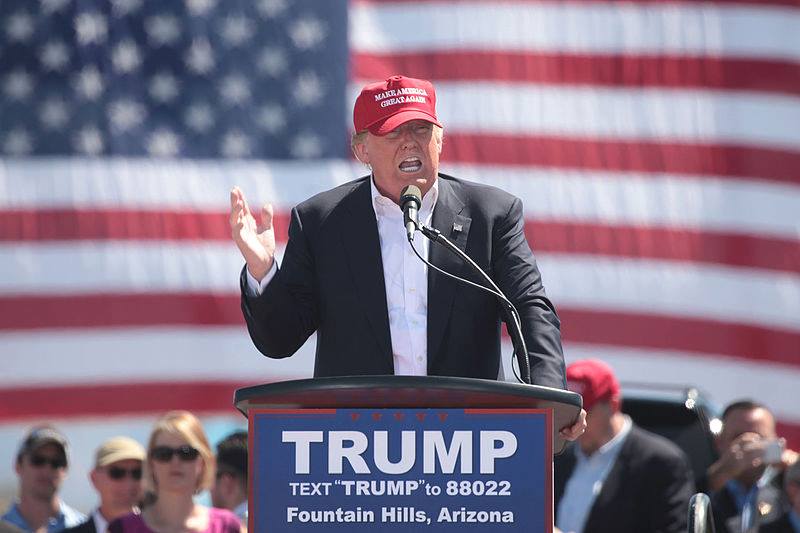 As Election Day gets nearer and nearer, the current field of candidates racing for the GOP ticket is not looking good. Candidates have been dropping out one by one, and Republican voters heading to the polls for state primaries are now left with three polarizing choices: Ted Cruz, John Kasich, and Donald Trump. For those who aren’t hard-line conservatives or who are incredibly out of touch with reality, these choices aren’t appealing.

Unhappy with Trump winning the majority of states so far, former governor and 2012 Republican candidate Mitt Romney has spoken up. In a speech on February 28, Romney said he hadn’t ruled out taking the nomination at a brokered convention, if it were to come down to it. Another name being tossed around is Paul Ryan, current Speaker of the House.

Donald Trump has proven to be a wild card of a candidate. His views rarely align with what the Republican party stands for. Stricter immigration laws and privatized healthcare are just two of the issues he and the party disagree on.

Not only is he misaligned with the party he’s trying to represent, he can’t make up his mind. Just this past week he changed his views on abortion three times.

While he may have a large number of delegates, it’s clear he’s not the candidate the GOP needs. According to some national polls, it appears that Trump would lose dramatically to Hillary Clinton.

The Republican party needs to save itself if it wants to take office this upcoming term. There are two options to deny Trump the nomination: a contested or a brokered convention.

A contested convention would happen if the Republican National Convention (RNC) rolled around and Trump failed to gain all 1,237 delegates needed to secure the nomination. On the convention floor, undecided delegates place their votes, and if a single candidate doesn’t have a majority, there’s more voting. A contested convention is fair because it allows the candidates who have been in the race to get the delegates they’ve been working on.

What Romney or Ryan would need to secure the nomination is a brokered convention. At the convention, before a candidate is selected, rather than begin voting, the rules of the RNC can be rewritten in a way that would deny Trump the backing he needs.

The members of the RNC can change any rule they want in any way they deem necessary that would prevent Trump from gaining the nomination.

In fact, there is already a rule on the books that could bar at least one of the current contenders, and could be changed to allow more candidates into the race.
Rule 40 of the convention says that a candidate needs the majority delegates in at least eight states to make it to the convention floor. So far, only Trump has met this requirement, and Cruz only has just made it, leaving Kasich behind.

This Rule can be rewritten any time before the RNC makes the decision on a candidate. They can lower the threshold or drop it entirely. The former would give Kasich a chance, the latter would be the ticket to the race that any new candidate would need.

Alternatively in a brokered convention, the heads at the RNC can completely skip all of these steps, simply disagree with the clear winner, and pick their own nominee. A member of the RNC has even backed this process, stating that it’s not up to voters but the party, to chose a candidate.

Voters would argue this takes away from their freedom: that our country has a system where the people vote for the president, and the party would be undermining the Constitution.

This is a misconception. There is a popular vote, but it doesn’t really count.

In the general election, the Electoral College (EC) of each state decides who wins the state, and delegates pick candidates during the primaries. While the EC and delegates will often be swayed by what the popular votes say, they aren’t restricted to doing so.

The Constitution itself does not say, in any explicit terms, that the voting public of the United States cast votes that determine who is president.

Article II of the Constitution says the president shall be elected by Electors. It reads that “[e]ach State shall appoint…a Number of Electors, equal to the whole Number of Senators and Representatives to which the State may be entitled in the Congress: but no Senator or Representative, or Person holding an Office of Trust or Profit under the United States, shall be appointed an Elector.”
This is what is known as the Electoral College. The Twelfth Amendment goes on to explain how the Electors vote.

“The Electors shall meet in their respective states, and vote by ballot for President and Vice-President.”

In the end, the people don’t vote for the president. If the RNC doesn’t want Trump, who is currently the people’s choice, then they don’t have to make him the nominee. It’s not up to the people’s vote who wins the general election, so to say that the people’s choice in the primaries isn’t the right one isn’t that far-fetched of an idea.

For those who really don’t want Trump to have the Republican slot on this November’s ballot, a brokered convention is the best bet. The RNC would most likely pick a candidate who aligns him or herself with the beliefs of the Republican party, and most Republican voters should be able to agree with that candidate.