OPINION: Romney could be a beacon of hope in disastrous Trump cabinet 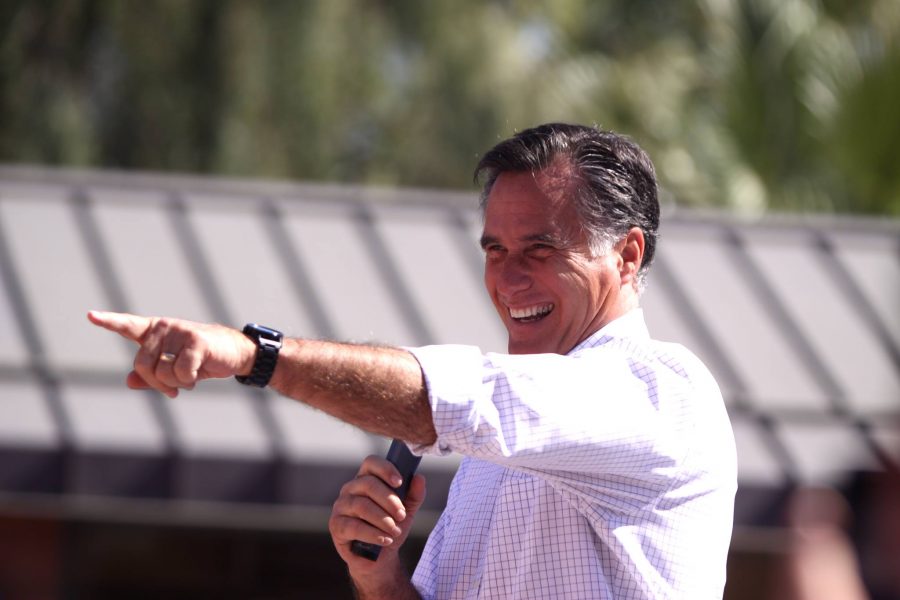 President-elect Donald Trump has been spending the last few weeks meeting with possible cabinet members. He has already assigned the roles of chief of staff and chief strategist, while other positions are soon to be announced and will need the Senate’s approval.

The role of chief strategist will be filled by Stephen Bannon, the former executive of alt-right online publication Breitbart. Breitbart is a purveyor of sensationalist news that often slants toward misogyny and racism. Bannon himself has been accused of white-nationalism.

Trump has also picked Senator Jeff Sessions of Alabama for attorney general, a move criticized by the left due to Sessions’ past, which is steeped in racism. In 1986, Sessions was denied a federal judiciary position when a Senate committee deemed him unfit to serve due to allegations of racism. Sessions once said that the Ku Klux Klan were “OK until [he] found out they smoked pot,” when reviewing a case in which two Klan members kidnapped and murdered a black man. Even if Sessions doesn’t really believe that the KKK are “OK,” a comment like that is inexcusable for someone in Sessions’ position.

But Trump picking advisors who have been accused of racism does little to quell the speculation or accusations that Trump himself is a racist. How can Trump aim to distance himself from alt-right fringe groups when he appoints someone like Bannon? How can Trump tell supporters acting out racially-charged acts of violence to “stop it,” when he himself chose Sessions for attorney general?
So, where can we get even the slightest sense of hope from a Trump administration?

Although former Massachusetts Governor Mitt Romney spent much of the last year criticizing Donald Trump during his run for office, the president-elect is reportedly turning to Romney as his top choice for secretary of state.

While advisors to Trump are not fully supportive of this pick, it would be the most sensible choice Trump could make.

Trump could easily have a cabinet full of “yes-men” who will blindly agree with him. There’s nothing stopping him from appointing Bannon, since chief strategist is not a role reviewed by Congress. But instead of yes-men or controversial figures like Bannon or Sessions, Trump can, and should, include opponents and critics like Romney. Trump should surround himself with advisors who will possibly challenge him and stand for policies that appeal to more than just Trump and his supporters.

While Romney may not be a Democrat, his criticism of Trump puts him on the opposing team. Romney as secretary of state is at least a small step in the right direction toward a more reasonable administration.