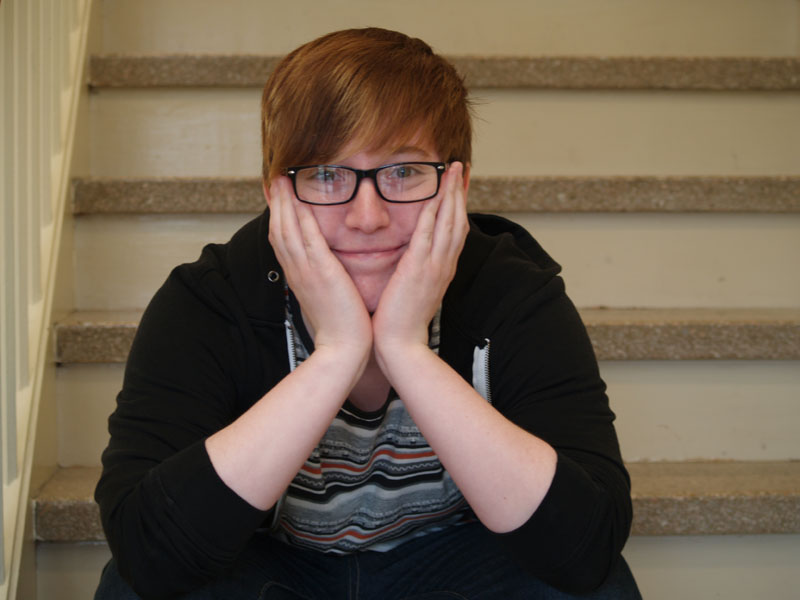 Over the past week, I have been putting off writing my final words for The Wood Word. For once, it has nothing to do with my ability to procrastinate like no other, which I swear is true.

Instead, I have been trying to think of something profound to say. Nonetheless, it is usually when I have something important to say that I seize up and am incapable of producing words. Instead, I will take the advice passed on from a number of professors to just write for the sake of writing.

Before attending Marywood, I spent much of my early college career as a nomad. I attended a small commuter campus with no real sense of community. I simply took up space. I experimented in business, then English, and even dabbled in the realm of art until finally finding my niche. It happened suddenly.

I took a course entitled “Mass Media and Society,” in the spring of 2008. We met in a large theater-style room. It was like an awkward blind date, where the only commonality the participants share is a mutual friend. However, I found the class charming and eventually fell in love with media studies.

From the commuter campus, I transferred to an even larger campus, which did not work for someone like me, who is easily overwhelmed by large crowds. In desperate need of a way out, I ended up at Marywood University.

For the first time since starting college, I felt a strong sense of community at Marywood University. At Marywood, I felt like I could get involved and actually make a difference.

Marywood helped me to explore interests in other fields like radio and print media. Throughout my college career, I have had the opportunity to work with and become friends with a number of wonderful individuals. I would not trade my college experience for anything in the world, except maybe a puppy.

It is hard to believe that my college career is over. It is even more mind-boggling that someone actually believes it is a good idea to give me a diploma. In less than a week , I will be a college graduate.

I mean, really, what are they thinking?

To sum up my thoughts, it is sometimes better to use the words of my personal hero. Dr. Seuss once said, “Don’t cry because it’s over, smile because it happened.”

However, I will miss The Wood Word staff and it’s advisers…and mostly, the Marywood squirrels.

After five years and acquiring a substantial amount of debt, one thing is certain; college is greater than high school.