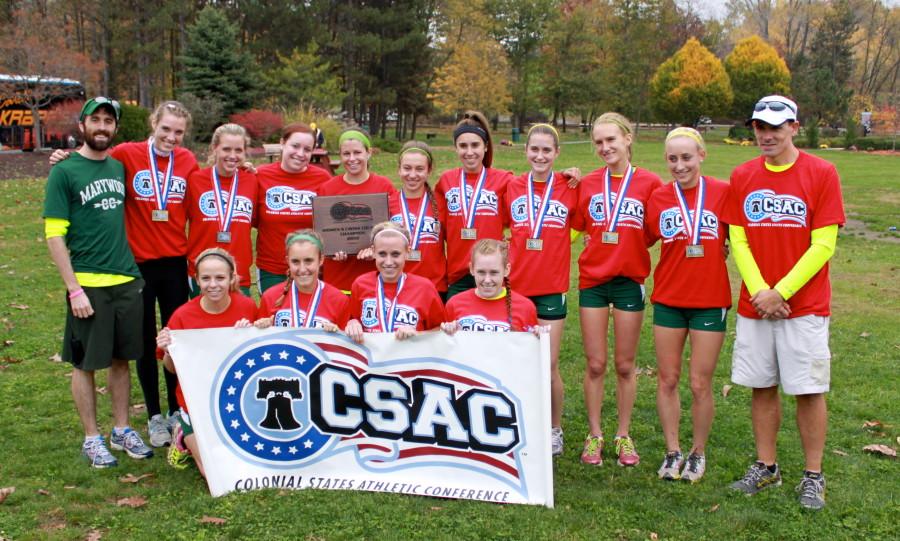 “It’s something that I’ve been working for since freshmen year, so it felt really liberating to finally achieve it, especially on our home course,” Schwab said. “But I couldn’t be more proud of all the girls, it was such a group effort and everyone of us ran phenomenally to make it happen.”

Freshman Emma Doughman finished third in the race, just behind junior Diana D’Achille and Elizabeth Schwab. “It feels great to take home this title with such an amazing group of girls. We have all worked so hard and deserve every part of it. I am honored to be on such a great team,” Doughman said.

This wasn’t the only victory for the girls that day, as Coach Kevin Borrelli took home the Coach of the Year award as well.

“He is an amazing coach, I couldn’t think of a better way for him to be appreciated,” freshman Kristen Pickering said. “He truly deserves it, the time and effort he puts into the team is absolutely phenominal.”

Marywood also raced on Saturday, Nov. 10 in regionals. Diana D’Achille, Elizabeth Schwab, and Emma Doughman placed in the top 35 out of 360 runners. The team placed 7th in the region.

This finish for 2012 CSAC Individual Champion Schwab could mean an invition to the NCAA National meet, Sunday Nov. 18.