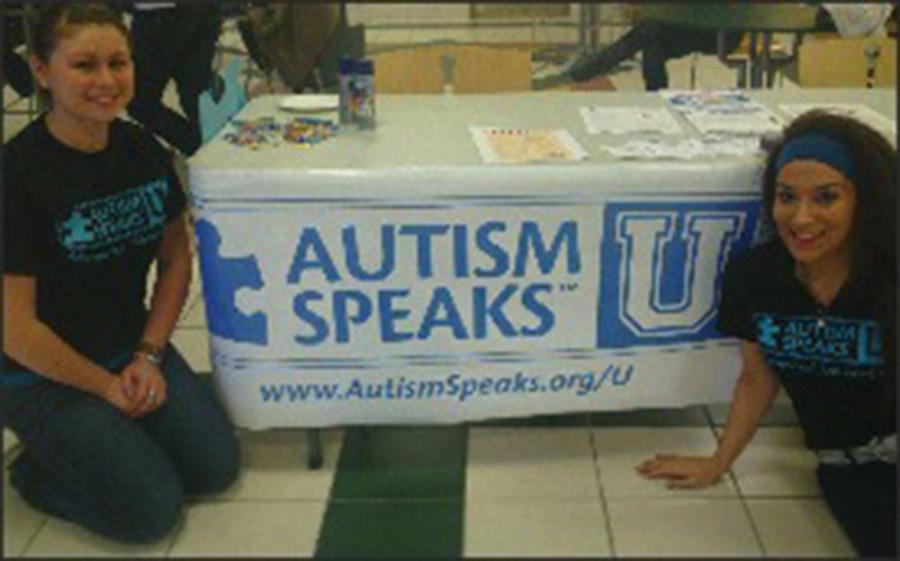 Marywood University Autism Speaks U club hosted “blue out” basketball games in honor of Autism Awareness on Wednesday, Feb. 6. These games included a 50/50 raffle, a t-shirt sale, and a raffle.

The Autism Speaks U club was started on campus last spring and is an official chapter of the national Autism Speak organization, which was founded in 2005 and has since grown into the largest autism science and advocacy organization.

According to AutismSpeaks.org, Autism affects one in 88 American children. A 23 percent increase from the 2009 statistics issued by the CDC. This is more than diabetes, AIDS, cancer, Down Syndrome, and other childhood diseases combined. Autism is also the fastest-growing serious developmental disability in the United States.

Lauren Olsen, Autism Speaks U club president, said “the statistics say enough,” as to why everyone needs to be aware of Autism.

There is no known cure for autism and no two cases are the same. Every individual diagnosed has different and unique characteristics. Some children can have developmental delays from birth others can start out developing normally and then retrogress and suddenly loose all the developmental skills they had, states AutismSpeaks.org.

“Whether or not we know it, autism can in some way affect everyone because it’s everywhere. Almost everybody knows somebody who is affected by Autism or has it and it’s not going away,” said Leanne Feeney, vice president of the Autsim Speaks U club.

According to the Pennsylvania Autism Census Project of 2005, there are currently between 25,000 and 30,000 individuals with Autism in Pennsylvania alone. By 2014, 10,000 of these individuals will be over the age of 21, and the numbers will continue to grow.

The “blue out” games had approximately 550 people in attendance and raised about a $100 in donations.

“If one person just walks by and sees one little statistic and it makes them think that day, we did our job,” said Olsen.

The official month for Autism Awareness is April. During this month the Autism Speaks U Club has more events and activates planned to get people more involved throughout campus.

“We are going to have the light it up blue day where everyone is going to wear blue around campus. I’m also working with Chartwell’s to possibly have some blue foods,” she said.

“No one is really aware of how prevalent autism is in our community. So we need to raise awareness so people realize how much it is around and how many people actually are affected by it,” said Maged.

On the night of the blue out, the woman’s basketball team claimed a 51-39 victory over Centenary College, ending the team’s three-game losing streak. The men lost to the visiting team from Neumann University in a close game resulting in a 64-60 loss for the Pacers.