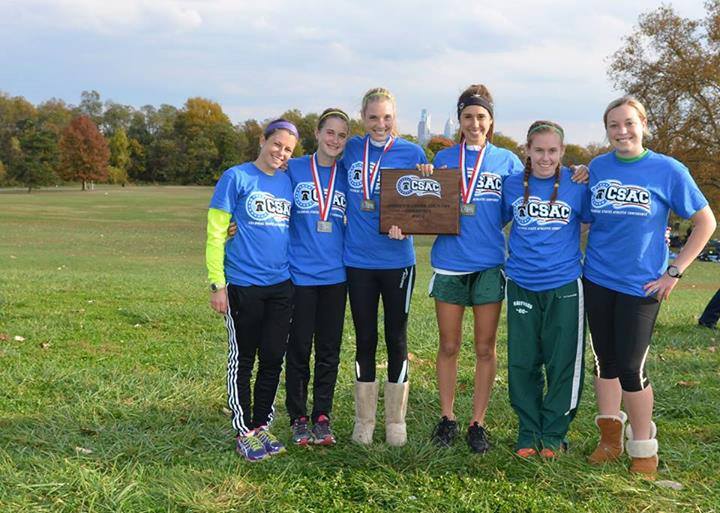 At the Division III Women’s Cross Country championship held in Hanover, Indiana on Nov. 23, the cross country team placed 24th out of 32 teams in the meet.

The women’s cross country team is currently ranked 26th nationally, which is the highest national rank in the history of Marywood sports.

An accomplishment like this is something that has both the coaches and the runners, like co-captain Lauren Gates, very excited.

“It is amazing. We have been working so hard for the past four years to get to this point,” said Gates, junior early childhood education major. “Each time the national rankings come out, we get more and more excited to perform at the regional meet.”

Gates shared that although the team was missing two of their top four runners due to injuries, they were still able to achieve success.

Achieving a high rank is something that requires hard work and chemistry among the team, explained Gates.

“Our team chemistry is a very important part of our success,” said Gates. “Everyone, from the seniors to the freshmen, get along very well. We have all bonded throughout the year and that helps us in our running.”

She added that the team has been working toward this national ranking goal for a few years.

“We have known that it is a possible goal for us to achieve,” said Gates.

Before the season started, the coaching staff knew that they had a special team.

Head coach Kevin Borrelli said he is proud of what his team has accomplished this season. Borrelli was named Division III Mideast Region Coach of the Year for this past season.

“I knew that we had a good group of girls four years ago when they were freshmen and sophomores,” he said. “I knew right from the summer that this would be a special season.”

Gates and her teammates were not hesitant to give the coaching staff all the credit.

“Coach Borrelli is a key part of this team. Our coaches put in so much extra effort that is not required of them but they do it anyway,” she said. “I don’t think without his ambitious goals and confidence in us we would be able to get where we are.”