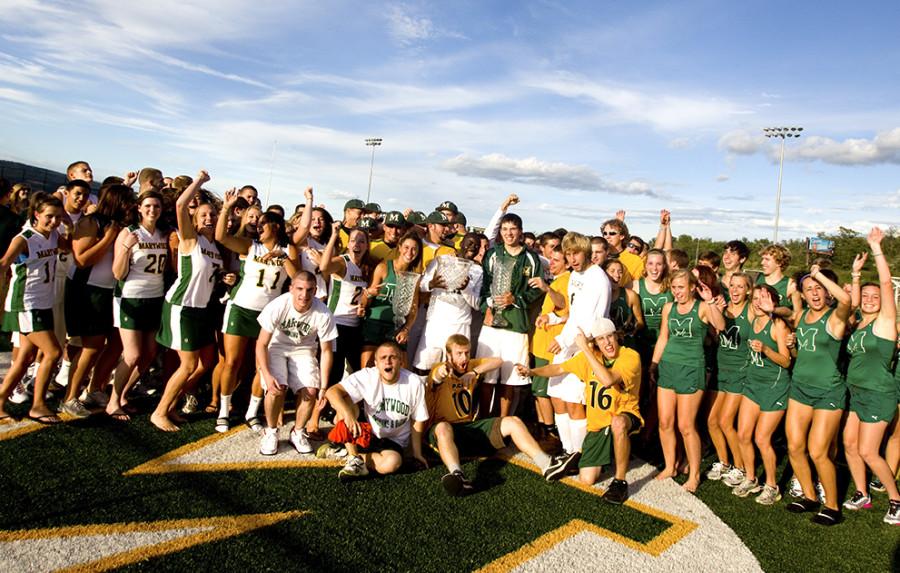 Photo Courtesy of Marketing and Communications

The annual award is given to an institution whose student-athletes achieve the highest combined grade point average (GPA) for the academic year.

“I was delighted we emerged as the leader because that is part of our initiative,” Dr. Mary Jo Gunning, director of Athletics and Recreation, said. “We truly celebrate the student-athlete; individual first, athlete second.”

According to Gunning, since the CSAC Academic Excellence award began in 2008-09, the Pacers were always in second place.

“I am delighted that Marywood University has received the 2014-2015 CSAC Institutional Academic Excellence Award, and I extend my warmest congratulations to all concerned,” said Sr. Anne Munley, IHM, Ph.D., president of Marywood via email to the Marywood community. “This is a wonderful accomplishment, and I want to recognize and thank our administrators, staff, and student athletes for the countless ways in which they enrich the Marywood community by their leadership and dedication to our mission and core values. We are very grateful to CSAC for this honor.”

There were 11 other colleges and universites up for the CSAC award this year, according to CSACsports.org, including last year’s winner Immaculata University.

“We [the Athletic Department] want to continue to represent our quality institution, Marywood, in the best light that we can,” said Gunning.

“I’m very proud of our student athletes,” she concluded. “It is very possible that a collegiate athletic team, can be successful not only on the field and in a competitive venue but in the classroom as well.”