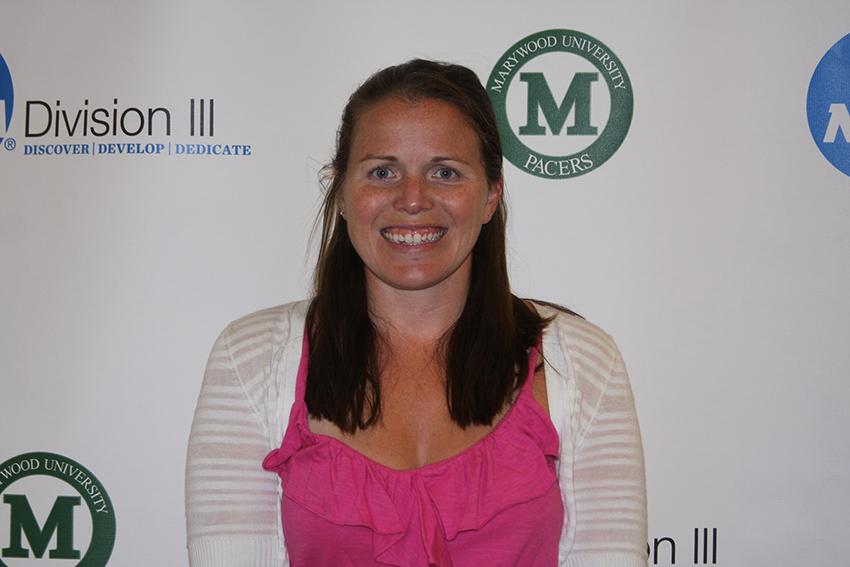 The Pacers capped off an impressive season finishing with double-digit wins. The team entered the CSAC playoffs as the third seed before falling to Gywnedd Mercy in the championship match.

Leading six freshmen to that second-place finish earned Wentzell the coach of the year award. Wentzell was not expecting it. “I was kind of shocked because it was my first year as a head coach,” she said. “I was very shocked and very grateful. It is an award voted on by the coaches, so it meant a lot that the coaches felt that way.”

Wentzell believes that her experience playing college tennis helped her better coach the team throughout the season. “I’ve been through the process of playing college tennis, so I’m supportive of what these ladies are doing every day,” she explained. “I am able to use the experience I had as a player as a coaching tool as far as drills and workouts.”

Wentzell’s mindest working with such a young team was that this season was going to be a learning process. “My mindset was that it was going to be a growing season. All the young players were going to get a chance to experience college tennis for the first time,” said Wentzell.

She also saw some of herself in the players. According to Wentzell, this was especially evident in how hard the team played on the court and the strong work ethic behind it. That was Wentzell’s biggest message to her team.

“My message from the beginning was to always give 100 percent and work the hardest. I tell them and they know that most of the players don’t have natural tennis ability; they have a strong work ethic.” Wentzell continued, “They are willing to run every ball down, be there for one more point than their opponent is. I just want to see them go out and play every match as if it is their last.”

Wentzell wants to enjoy this moment, but knows there is work ahead for the team, with the goal being a CSAC championship next season.

“We saw that Gwynedd Mercy was a level ahead of us this year. They were very competitive, but we know what we have to do to get on their level,” said Wentzell.

Gwynedd Mercy beat the Pacers 5-0 in the championship match, but Wentzell is confident that the Pacers can rebound and come back stronger next year.

“I have two starters returning from the previous year and only lose one senior from this season. Plus, I have two freshmen coming back that were going to come in this year but got injured. I just had the meeting with my team and we are looking to win next year,” said Wentzell.