COMMENTARY: Time for NFL to waive Manziel too 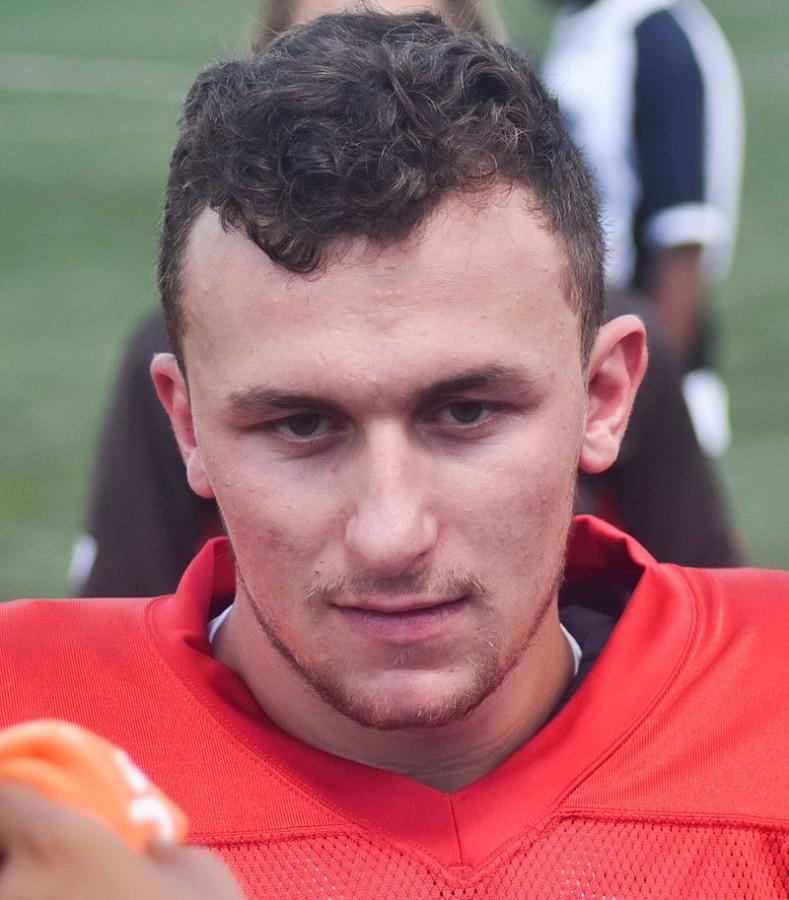 Photo by Erik Drost, distributed under an Attribution 2.0 Generic license, via Wikimedia Commons

On Friday, the Cleveland Browns waived Manziel in a move that surprised nobody.

A Heisman Trophy winner in his freshman season in 2012, Manziel called it quits for the NFL draft after his sophomore year at Texas A&M. He was drafted 22nd overall by the Cleveland Browns with high expectations on his shoulders and an even bigger ego to match his well-known “money sign” fingers.

That would be the end of Manziel’s career success, though.

In his first preseason, Manziel was fined for “flipping the bird” at the Washington Redskins, and he would begin the season as the backup quarterback. Manziel would eventually get his first start in Week 15 against the Bengals in a 30-0 crushing loss. He would get hurt the next week, ending his short rookie season.

His second and perhaps last season as an NFL quarterback was equally lackluster. With only a few starts and more benchings due to off the field issues, Manziel never found his place in the NFL or in the world of fame he had created for himself.

While even his college days were filled with antics of being thrown out of parties, oversleeping for the Manning Passing Academy, and run-ins with the police, Manziel’s life had begun to spiral out of control at the end of his rookie season.

At the end of the 2014-2015 season, Manziel checked himself in a rehabilitation center for the treatment of alcohol addiction.  During the 2015-2016 season, Manziel had repeated incidents with the police because of arguments and fights with his girlfriend; Manziel’s girlfriend would later claim she lost hearing in one of her ear’s for a time because of the force of his hits.
Manziel’s alleged criminal offenses, societal mishaps and team-related incidents are many, but in short, he needs help.

It has become clear his rehab visit was unable to improve his decision making skills or self-control, and his story continues to become more unfortunate. Even his father wonders if he’ll live to see his 24th birthday.

Manziel no longer has a place on the Cleveland Browns, nor should he have a place in the NFL. His
condition off the field worsens with the increasing severity of each of his incidents. He is unprepared and unequipped to handle the life of an NFL player, he fails to model the appropriate though now debatable standards of an NFL athlete, and he falls short in the bare-minimum but all-important talent category.

Like many others, I wish Manziel the best. I hope he finds peace and help in his life. But until then, NFL teams should let Manziel get his life together before welcoming him back.