Faculty and students bond on the volleyball court 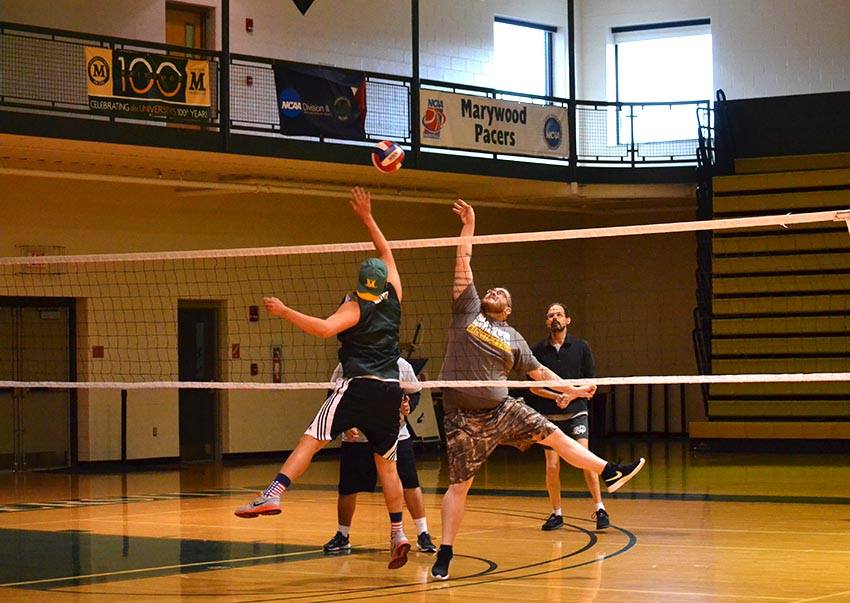 Faculty and students played in SGA's volleyball game on April 6 in the Center for Athletics and Wellness.

Faculty and students joined forces on the volleyball court for the first ever Student Faculty Volleyball Game.

The recreational game took place at 4 p.m. on April 6 on the basketball court of the Center for Athletics and Wellness. Players divided into teams and could play at one of two nets set up in the gym. Refreshments were available to participants.

“It’s a pretty laid-back thing,” said Edmonds. “If people like it, I’d be glad to put it on again.”

Joe Polizzi, associate professor of education, is accustomed to playing volleyball on the beaches of Long Island yet still attended the game in a Pennsylvania gymnasium. He saw volleyball game as a way “to have fun, get to know some students, get away from the daily grind and exercise.”

Kaitlyn Porter, junior history and political science major, is a member of the Secretary’s Committee and helped plan the event.

“I think it’s doing well and everybody’s having a good time,” said Porter. “Hopefully we can do it again.”
Contact the writer: [email protected]
Twitter: @ADuncklee_TWW