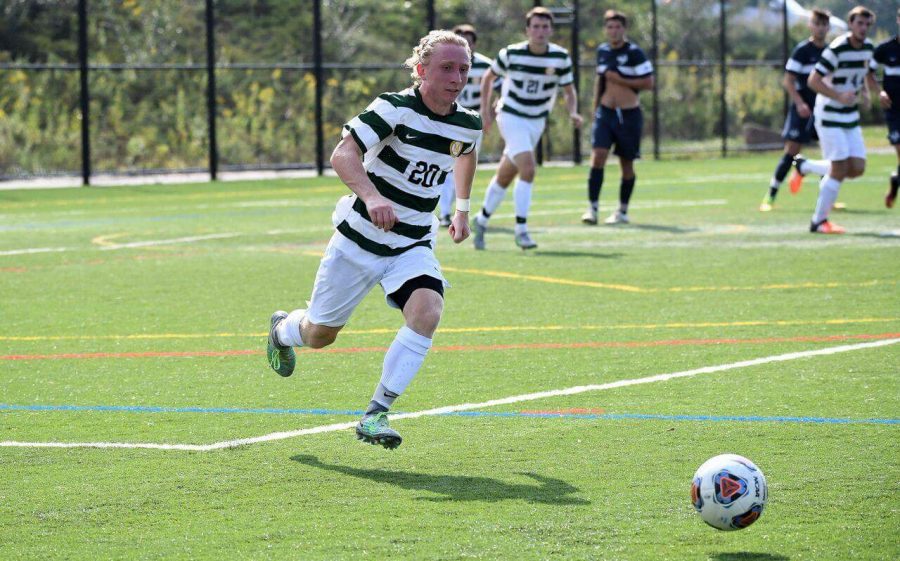 After being shutout by Ithaca College on Saturday, the Marywood men’s soccer team got off to a slow start against Berkeley College (N.Y.) before breaking Marywood’s all-time single-season scoring record with nine goals in a single game.

According to marywoodpacers.com, Knights’ forward Osondu Esonwune and midfielder Ali Dawha each scored a goal within the first 12 minutes of the game.

The Pacers then got in a groove scored nine unanswered goals to take the game 9-2.

Gallagher also scored two goals and tallied an assist. Prior to Tuesday’s game, the midfielder only had one assist his entire career.

Marywood’s defense held Berkeley to only six shots for the game, while the Pacers’ racked up a total of 31.

Men’s soccer goes on the road to Madison, New Jersey to take on Farleigh Dickinson-Florham this Saturday at 1 p.m.

Continue to follow The Wood Word for more coverage of Pacer home games.