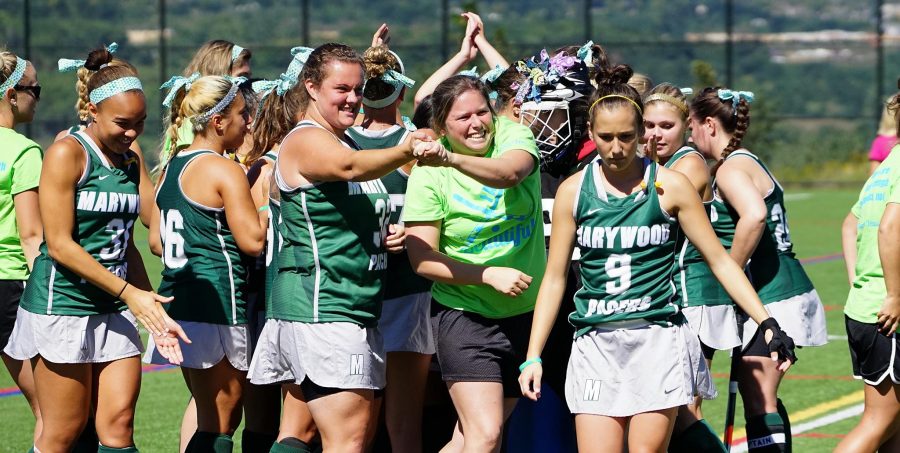 Families of the students visiting campus participated in the Fall Carnival, Bingo Night, a Celebration of the Eucharist, and more.

The school also hosted many sporting events, from Colonial States Athletic Conference (CSAC) games to alumni contests. Here is a recap on the games that mattered in the record book, as reported on marywoodpacers.com.

The women’s tennis team continued its hot start to the season by shutting out Keystone College. The Pacers improve to 4-2 on the young season and 3-1 in CSAC play.

Sophomore Abygail Doud and graduate student Kristen Lambert won 8-3 in one doubles while the senior-freshman duo of Avery McCall and Danielle Ogonowski blanked their opponents.

The best match of the day was at one singles with a 6-2, 7-5 battle between Doud and the Giants’ Devinne Scott.

Ogonowski was a 6-2, 6-4 winner at two singles. Both McCall and Lambert swept their singles matches at three and four singles respectively. Keystone would forfeit both five and six singles to complete the shutout win for the Pacers. 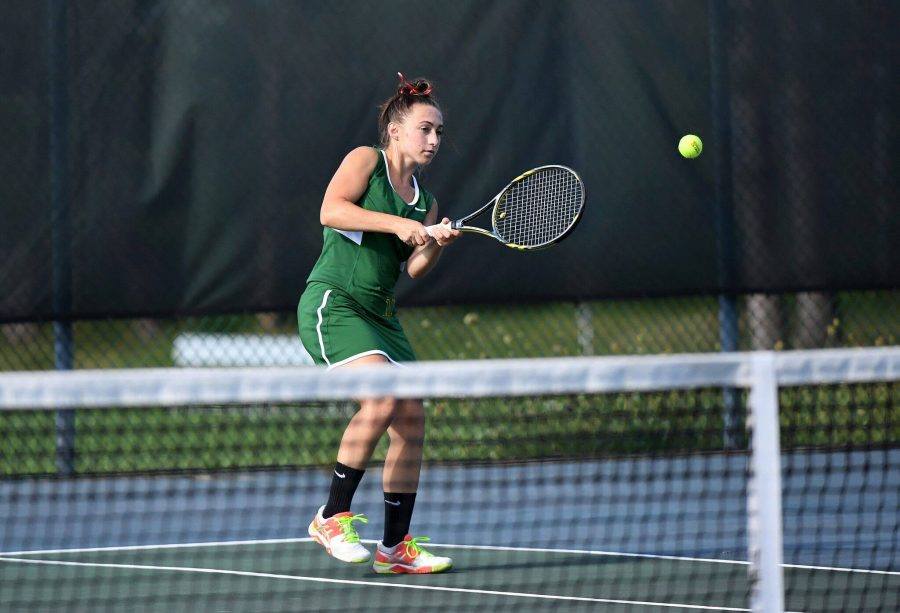 The Marywood men’s tennis team came out flat against the University of Scranton in its season opener.

The Royals were absolutely dominant, only allowing five total points on the afternoon.
The Pacers were shutout in two through six singles, one doubles, and three doubles. The only bright spot of the day for Marywood was junior Ahmed AlOreif at one singles.

AlOreif battled in a 2-6, 2-6 loss to the Royals’ Alex Ochalski. The only other point came from the senior-freshman duo of Bryon Scholl and John Shebby in their 8-1 loss.

The Mighty Macs were victorious at one doubles before the Pacers won both two and three doubles to take a 2-1 advantage into singles competition.

The Pacers swept the four through six singles to take home the win.

Bower figured in all four goals as she contributed a hat trick and one assist.
The scoring opened up in the 28th minute when Bower took a feed from senior forward Amelia Waibel to get the Pacers on the board.

The women’s soccer team shutout Cedar Crest College in conference play. Sophomore forward Megan Swiecicki made the most of her birthday by completing a hat trick.

Shea Olszewski opened up the scoring with a 16-yard shot off a feed from Aly Barlok to put the Pacers up 1-0 in the 14th minute.

Swiecicki started her strong day by tapping in a cross from Jackie VonItter. Defender Elizabeth Carlson contributed in the 24th minute when she chipped home a corner kick from Julie Youngman.

Swiecicki would score in a 30-second span early in the second half to complete the hat trick. Ashley Kruchinsky finished off the scoring. 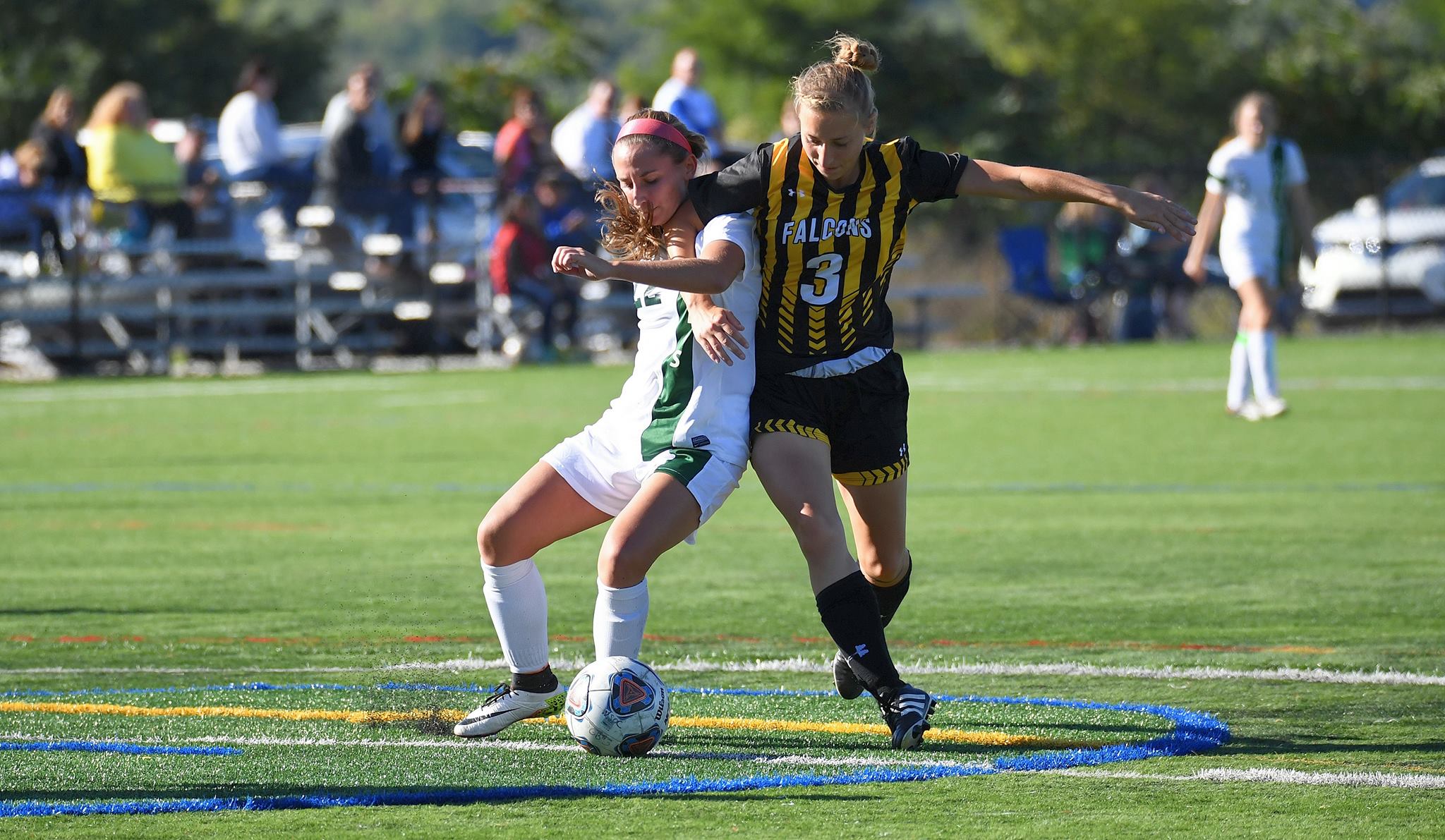 The Marywood men’s soccer team looked to get back on track with a win against rival Keystone College, but came up short in a shutout loss.

The Giants’ win broke an eight-game losing streak to the Pacers that dated back to Sept. 15, 2004.

Keystone forward Kouassi Kouadio and midfielder Haris Sabovic each scored a goal late in the second half of play to lift the Giants to its fourth victory of the year and a first place tie in the CSAC standings with Immaculata.

Keystone led in almost every statistical category in the win, owning 16 shots compared to Marywood’s nine, including seven shots on goal to only four from the Pacers. 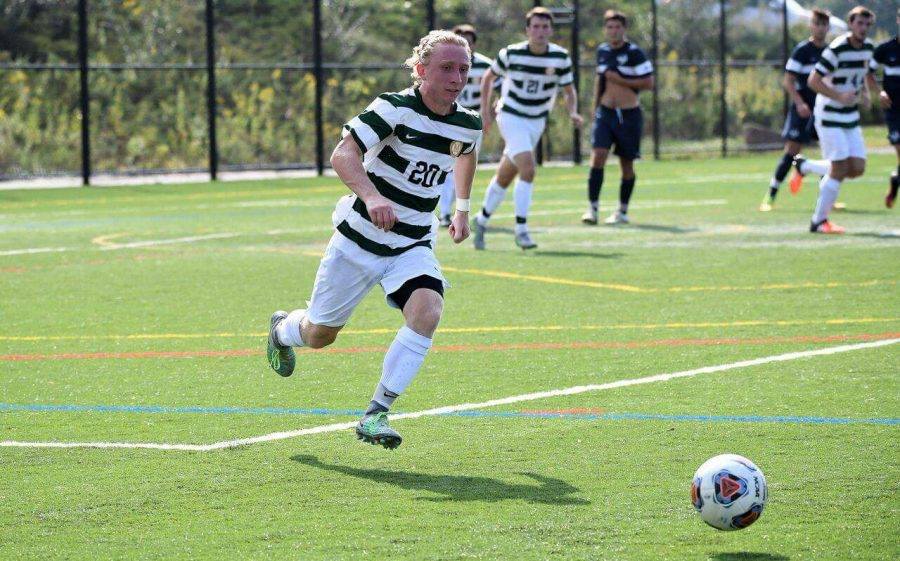