COMMENTARY: With Big Ben out, the Steelers move forward hesitantly 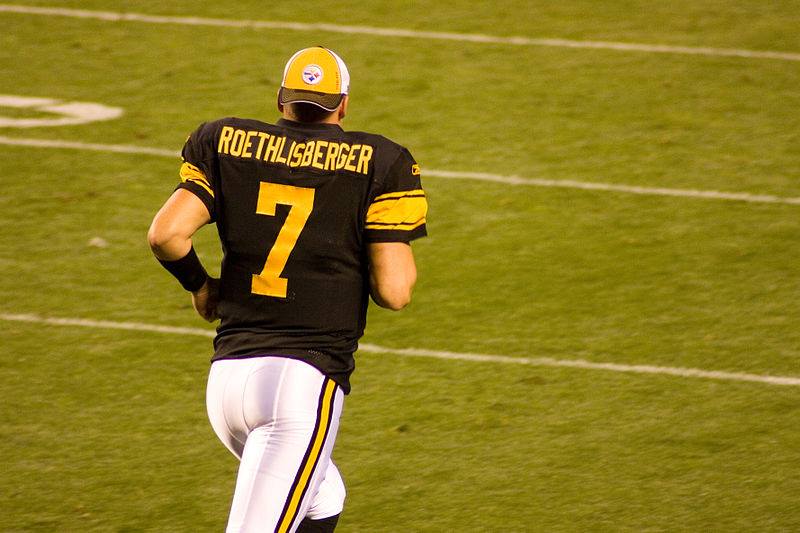 By Andy from Pittsburgh, United States (big ben) [CC BY 2.0, via Wikimedia Commons

In the second quarter of the Pittsburgh Steelers’ loss to the Miami Dolphins on Sunday, Oct. 16, starting quarterback Ben Roethlisberger went down with an apparent knee injury.

An MRI later that day confirmed that Roethlisberger suffered a torn meniscus in his left knee, according to ESPN.com.

It has now been reported by multiple sources that the injury will sideline Roethlisberger for four to six weeks.

The next man up on the roster is fourth-year gunslinger Landry Jones, whom the Steelers drafted out of the University of Oklahoma in 2013.

This isn’t the first time Jones will step into the spotlight for Pittsburgh. He started two games under center in the 2015 season, going 1-1 against the Kansas City Chiefs and Cleveland Browns. In those two games, Jones accumulated 232 passing yards, one touchdown, and two interceptions.

Jones has officially been declared the starter for the Steelers upcoming matchup against the New England Patriots.

Since Roethlisberger was drafted in 2004, he has missed 16 total games. The Steelers have gone 8-8 in those games.

With Roethlisberger out and the inexperienced Jones in, Steelers running back Le’Veon Bell will have his work cut out for him against a stingy Patriots rushing defense.

New England has allowed only 552 rushing yards all season, good for 12th in the National Football League.

Le’Veon Bell is very talented, but he can’t carry the offense. Luckily for Pittsburgh, they’ve got Antonio Brown and Sammie Coates at wide receiver to assist Jones in the aerial attack.

Through six games, Brown has 486 receiving yards and five touchdowns while Coates has 421 yards with 3 scores.

All that offense is great, but if the Steelers want to win games without Big Ben, they’re going to need their defense to play big.

They also have a turnover differential of -2, which is tied for 22nd in the league with the San Diego Chargers defense, and the Chargers are hobbled by injuries.

If the defense and skill position players don’t step up for Pittsburgh for the next month and a half, look for Pittsburgh to drop three or four of its next six games, which include the Dallas Cowboys, Baltimore Ravens, New York Giants and Indianapolis Colts.

History often repeats itself, and being at .500 without Roethlisberger since the beginning of his career is not a welcome sign for the Steelers as they try to get ahead in the playoff race in the American Football Conference.

Look for this injury to be a big reason why the Steelers limp into the playoffs.