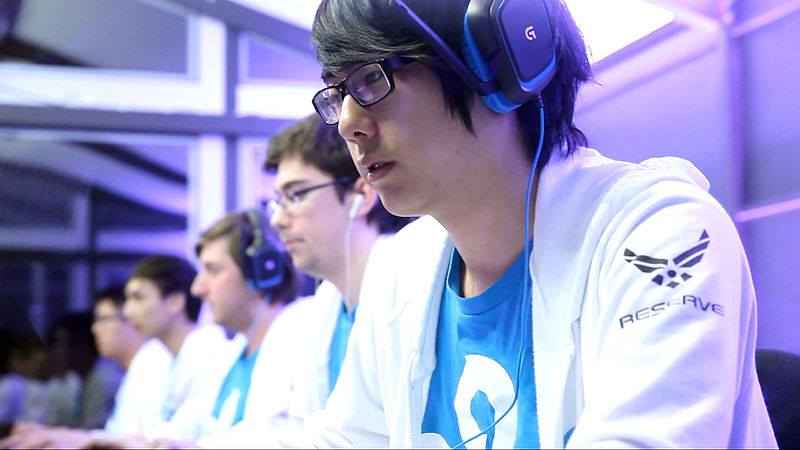 By Dota 2 The International [CC BY 2.0], via Wikimedia Commons.

It seems odd that the “world’s most famous arena” would host a pro-gaming event in the same place as Stephane Matteau’s Game 7 goal or Muhammad Ali’s bout against Joe Frazier. However, pro gamers have garnered enough attention and dollars from people all over the world so that they are able to not only rent out MSG, but fill it.

Although people have come to recognize esports as a legitimate form of entertainment, there’s still a lot more for pro gamers to prove. Esports athletes are still the butt of a lot of jokes in the athletic community.

One of Fox Sports’ more popular personalities, Colin Cowherd, was especially against the idea of professional gaming. On his podcast “The Herd,” Cowherd mocked pro gamers calling them “booger-eaters” and went on to say, “I don’t know, go outside. How about nature? How about enjoying planet Earth and being a community of people who talk to each other?”

These words are extreme and prove that no matter how much money esports has made in the past few years, no matter what attendance figures or prize winnings are, people like Cowherd still don’t understand what pro gamers must do to win world championships. They can’t tell what makes these athletes similar to the athletes of traditional sports and what differentiates them. It’s a hard distinction to make, but it is there nonetheless.

Athletes of traditional sports must rigorously train their bodies and minds for their jobs, and they must entertain the fans that allow them to play professional sports.

The schedules of athletes like LeBron James and Michael Phelps contain diet plans, workout sheets, training regimens and sponsorship obligations. It may surprise some people that esports athletes must follow the same demanding schedule.

For example, professional League of Legends players spend 15 hours a day practicing. One of the pro gamers who participated in this year’s world championships, Darshan Upadhyaya, talked about his practice regimen in an interview with Slingshot Esports.

Esports athletes must also film commercials for sponsors, pose with the latest gaming equipment, or meet with fans for hours a day. There really is no end to being an athlete, whether you’re a pro basketball player or a League of Legends superstar.

Of course, the person sitting at a computer for 15 hours a day could never be compared to LeBron in terms of physical fitness. The person who spends time out on the court most likely will have a more muscular body than the person spending time on Summoner’s Rift.

Pro gamers work just as hard, but can’t be looked at in the same light as a professional baseball or football player. However, they themselves wouldn’t compare themselves to traditional athletes.

Whether or not someone can wrap their head around the idea of a professional video gamer being just as dedicated to their sport as an MLB, NBA, or NFL pro, is irrelevant. The reality of the situation is that pro gamers are that committed and they should be just as respected for doing so.