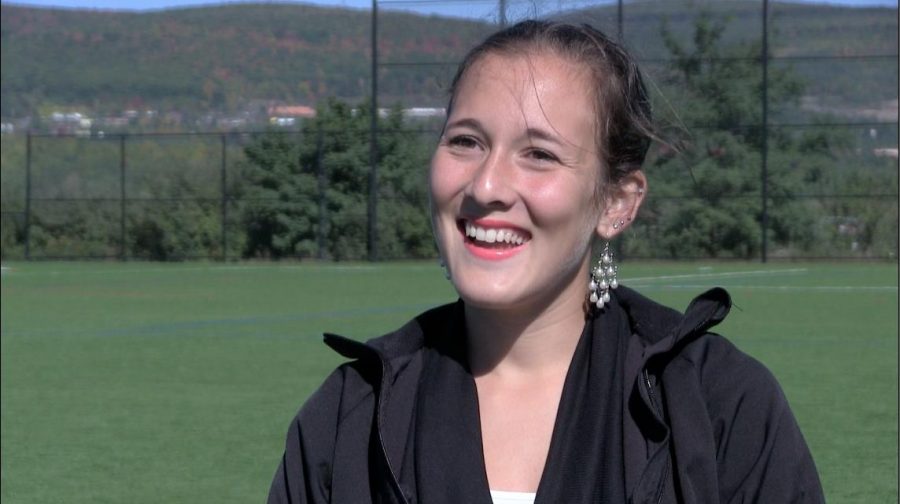 In the midst of closing out her collegiate field hockey career, Gabbie Bower thinks back on her love of her sport.

A graduate of Spencer-Van Etten High School, Bower was a first-team field hockey All-Star from 2010 to 2012. But, her love for field hockey started long before her teenage years.

“It started in the third grade when we played it in gym class,” Bower said. “I started to feel a passion for the sport. As I got older, my sister played and I would love to go to her games.”

Originally from Erin, New York, and the daughter of Donald Jr. and Melissa Bower, Gabbie is a criminal justice major walking in the footsteps of her father, who was a correctional officer for 25 years.

“He is one of the biggest reasons why I have a passion for it,” said Bower. “I remember when he worked doubles, I would stay up until he got home because the job wasn’t necessarily safe.”

In pursuing her degree, the 2015 first-team All-CSAC player has a goal of becoming a probation officer.

Bower has high goals for her team’s 2016 campaign.