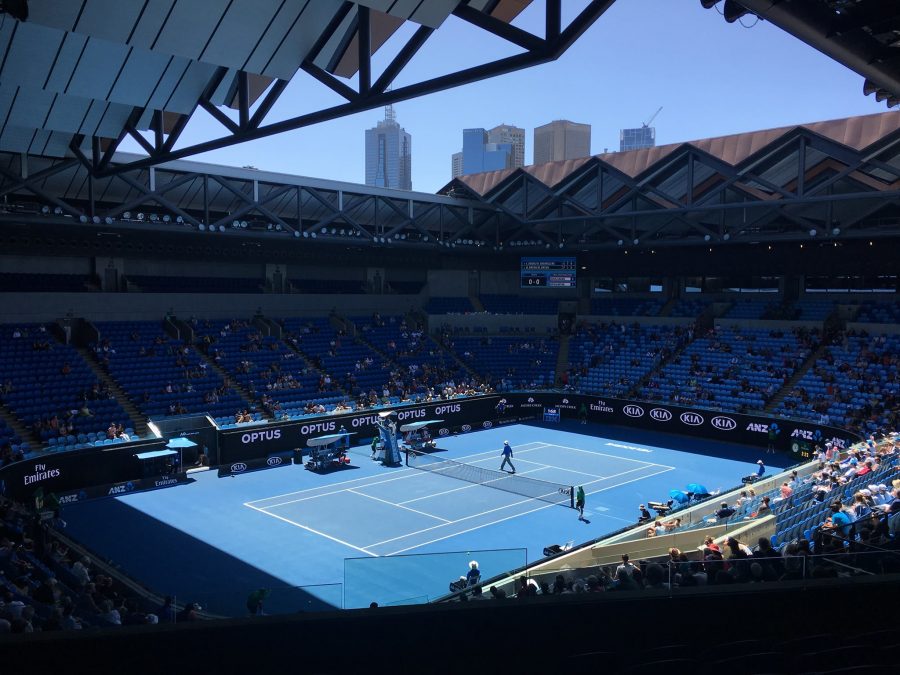 Photo by DestinationAlan (Own work) [CC BY-SA 4.0], via Wikimedia Commons

This year’s Australian Open was one that will be remembered for its all-star matchups and surprising results.

The women’s singles final was a battle of the Williams sisters, Serena and Venus.

Serena Williams, after losing her world number one spot to Angelique Kerber following Kerber’s U.S. Open win last year, reclaimed her top spot in the Women’s Tennis Association (WTA) with the win over her sister, 6-4, 6-4.

The women’s singles final cemented the Williams sisters as two of the best players in WTA history. Both women have had careers that lasted over two decades and together they hold over 100 WTA singles titles, not to mention their impressive run as doubles partners.

The win marked Federer’s 18th Grand Slam title, five of which have come at the Australian Open.

Much like the Williams sisters, both Federer and Nadal have become household names. Federer is a man of grace and class on the court, while Nadal has persevered through various injuries during his career.

In men’s doubles at Melbourne, the world’s number one team of Henri Kontinen and John Peers edged out the former number one duo, Bob and Mike Bryan in close sets, 7-5, 7-5.

One common theme throughout the Open’s thrilling matchups was experience. A number of the finalists were over thirty years old, proving that age is just a number in the modern era of tennis.

While some players begin to think about retirement, the Williams sisters and Roger Federer, in particular, are still major forces against their competition. They’ve had lucrative careers and seem to keep improving with every tournament.

Serena Williams and Federer have been playing in the pro circuit for about 20 years each, and their long-enduring singles careers, with WTA and Association of Tennis Professionals (ATP) records of 783-130 and 1087-245, respectively, have earned them the titles of best tennis players of all time.

With the Australian Open complete and players moving on to other smaller tournaments, I look forward to seeing the results of the next Grand Slam tournament: the French Open.