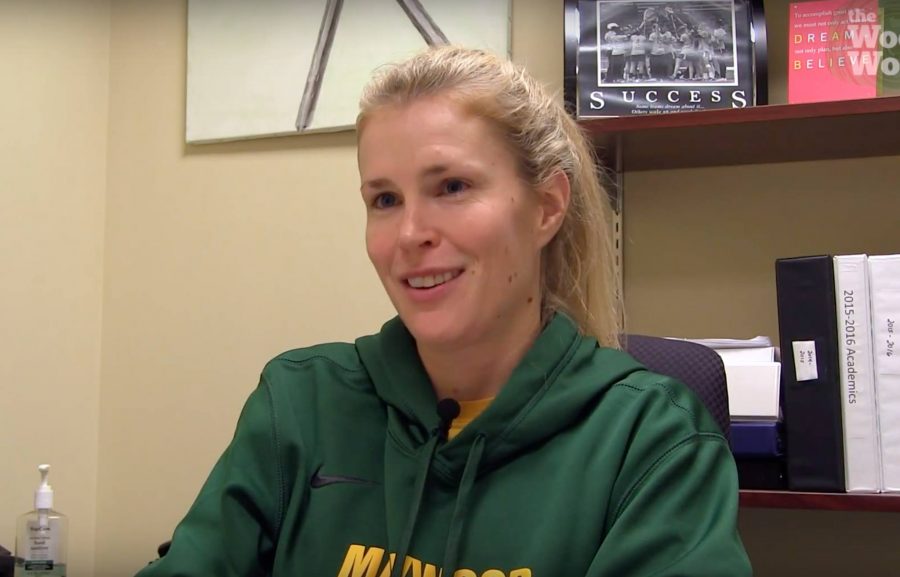 As Katie Tutak returns for her fourth season as the head coach of the Marywood women’s lacrosse team, her squad is looking to capture that elusive Colonial States Athletic Conference (CSAC) championship.

Tutak begins this season with a proven career track record of 19-7 (.731) in the CSAC. Last year’s team finished 7-2 in the conference before getting bounced out of the playoffs by Neumann University in the semifinal game.

Even with last year’s great conference record, Tutak feels that this year’s team is even more seasoned for a run at a CSAC title.

“I’d say the biggest difference [from last year’s team] is maturity. We are returning almost all of our starters,” Tutak continued. “Just having those upperclassmen know what’s at stake and understand how important those preseason workouts are is big for us.”

Tutak leads a team that is returning seven juniors and three seniors, something that could be an advantage going forward.

One of the senior captains who will bear a lot of the load this season is Lauren Smith, the Pacers lone goalie on the team. Smith made Second Team All-CSAC last year and posted the second-best single-season goals against average (10.78) in Marywood’s history.

Tutak said Smith has been starting at goalie since her freshman year with the team.

“When she came in as a freshman, we actually had a senior who was the starter and Lauren beat her out,” Tutak said.

“This year, we don’t have any other goalies. Sometimes it’s easy to be complacent because nobody is going to beat you out, but Lauren is not. She is at the highest skill level she’s ever been at since she’s played for us,” said Tutak.

Along with Smith, Tutak looks to senior captain midfielder Natalie Burke, the team’s MVP last season, to step up even more this year.

Tutak spoke of her endurance on the field.

“She rarely ever comes off the field. She is one of the few players who might play an entire game,” Tutak said. “She will never come off the field and if she does, she’s itching to get back in immediately. Her fitness level allows that to happen.”

According to marywoodpacers.com, Burke started all 18 games in 2016, led the team with 19 assists and scored 16 goals for 35 points. Tutak points to her game-changing leadership.

“Her level of maturity has set the tone for her team. She leads by example. She is one of those players every coach wants,” said Tutak.

One of the underclassman Tutak sees big things from is freshman midfielder Gina Babcock. Babcock had two goals and one assist in a season-opening victory over Alvernia University this past Saturday.

“Her fitness level will allow us to use her in a lot of different situations. She is a player with great maturity, even though she is just a freshman,” Tutak said.

Tutak highlighted two conference teams that are the benchmark for the Pacers this season.

Both Cabrini and Neumann have finished ahead of the Pacers for the past four seasons. The last time Marywood topped those teams was back in 2012, when the Pacers finished with a perfect conference record.

In order to overcome those two teams, Tutak outlined the most important value her team needs to have.

“We actually have five core values, but I would say the most important is commitment,” Tutak continued. “We talk about committing on a daily basis, to doing things correctly, or committing to work your hardest or to work extra hard for your teammate so you make that commitment every single day,” Tutak said.

She hopes that the maturity of the seniors and juniors on the team, commitment to the program and the drive to “chase the dream” leads the Pacers to the top of the CSAC conference.