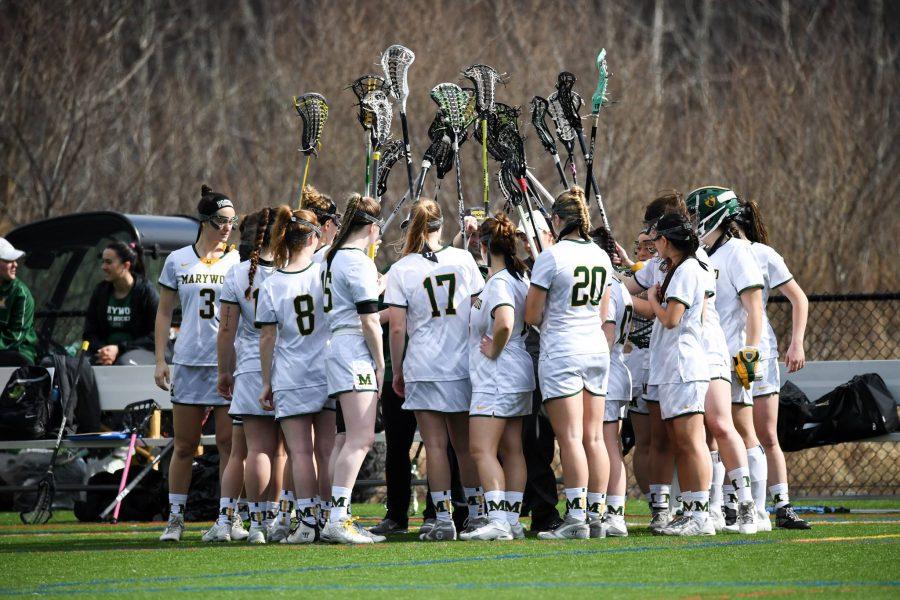 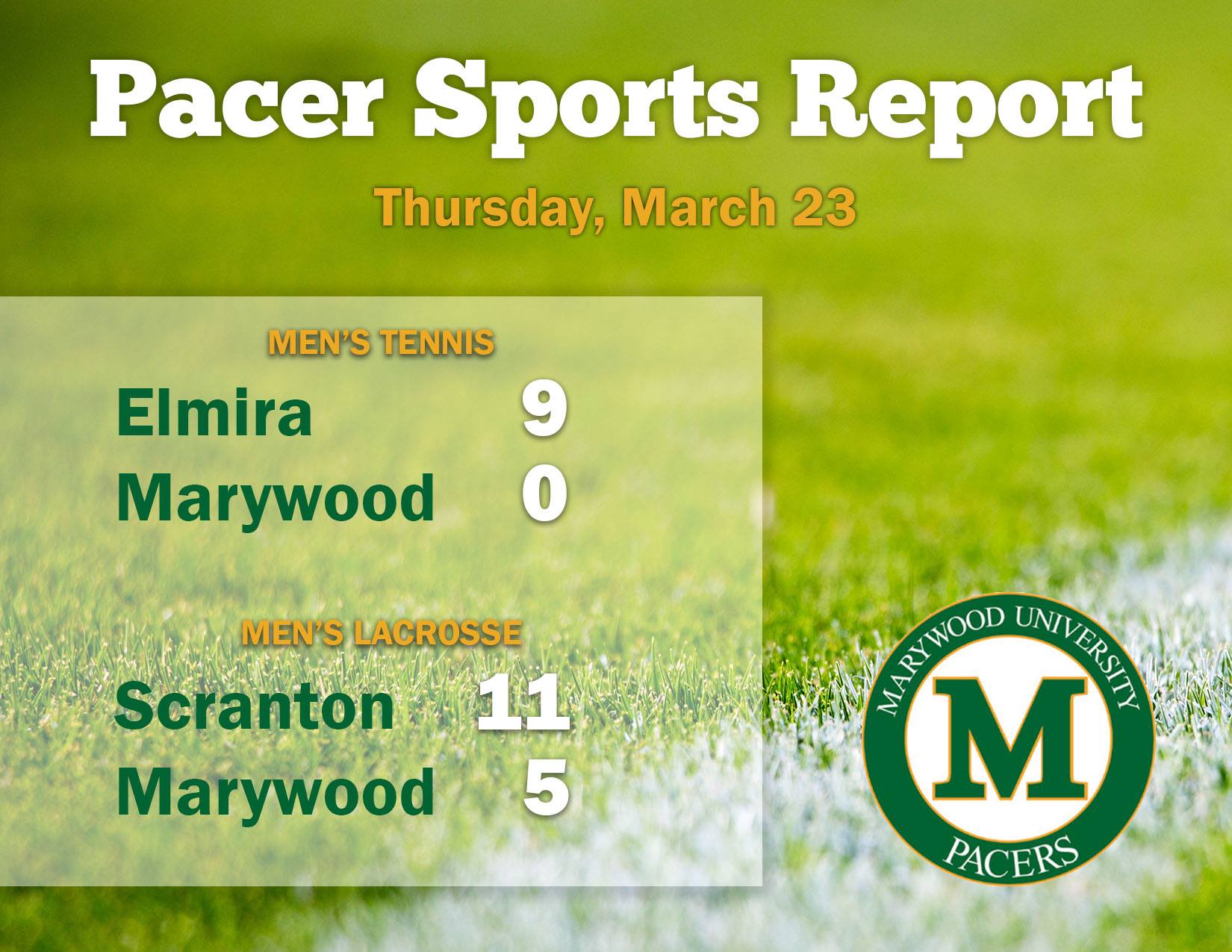 However, the Soaring Eagles dominated the match from start to finish, handing Marywood a third-straight shutout loss to open the season, according to marywoodpacers.com.

In one, two and three doubles, Elmira took all of the matches 8-2.

This defeat, along with earlier losses to Drew University and the University of Scranton, were non-conference matches and will not hurt the team for playoff seeding.

Men’s Lacrosse
University of Scranton v. Marywood University
After a five-day layoff, men’s lacrosse was back at it hosting the Royals. Unfortunately for the Pacers, they received the “Royal treatment.’’

Marywood went scoreless in the first half as the Royals’ defense held the Pacers to just five shots. Meanwhile, the Royals rattled off five goals on 22 shots.

It was more of the same in the second half for Marywood, though they did strike first. With a little over three minutes gone in the third, junior attacker Matt Casto broke the ice with his 11th goal of the season. 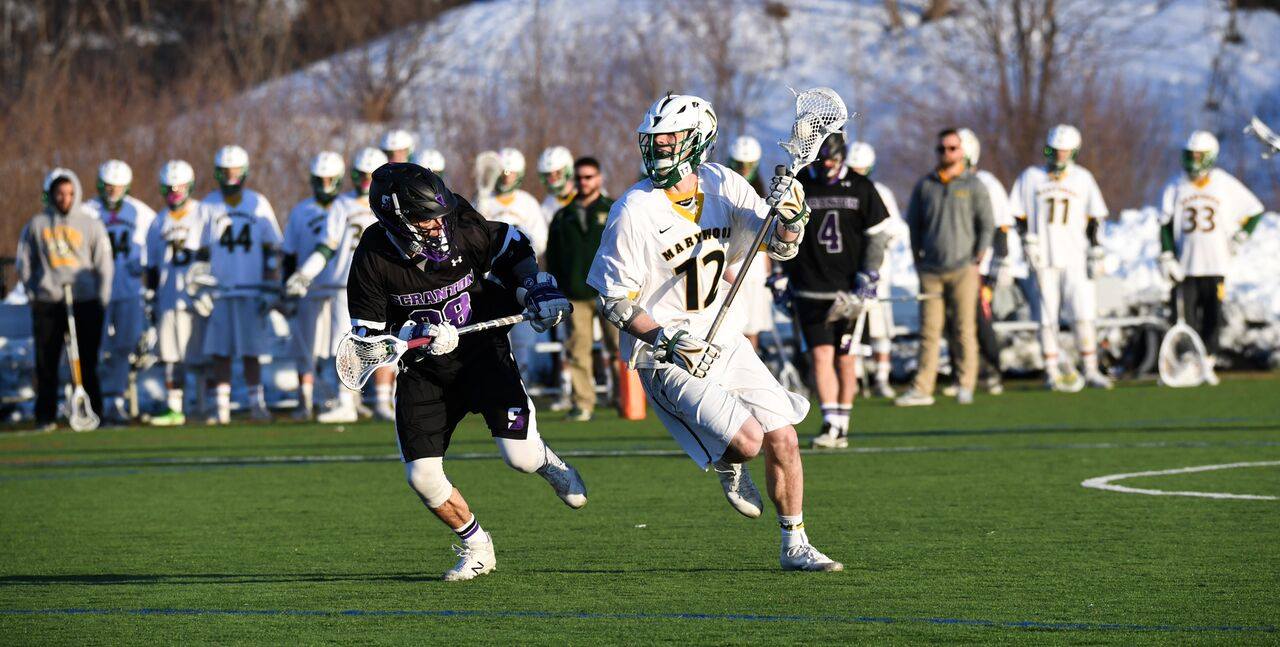 Sophomore midfielder Luke Shedler bolts down the field in loss to the Royals. Photo courtesy of Marywood Athletics.

However, the Royals’ Connor Kirkwood answered with two straight goals (12, 13) to give Scranton command of the game.

The Pacers rebounded with a 13-10 win at Neumann University this past Saturday and will travel to King’s College on March 29 at 7 p.m. 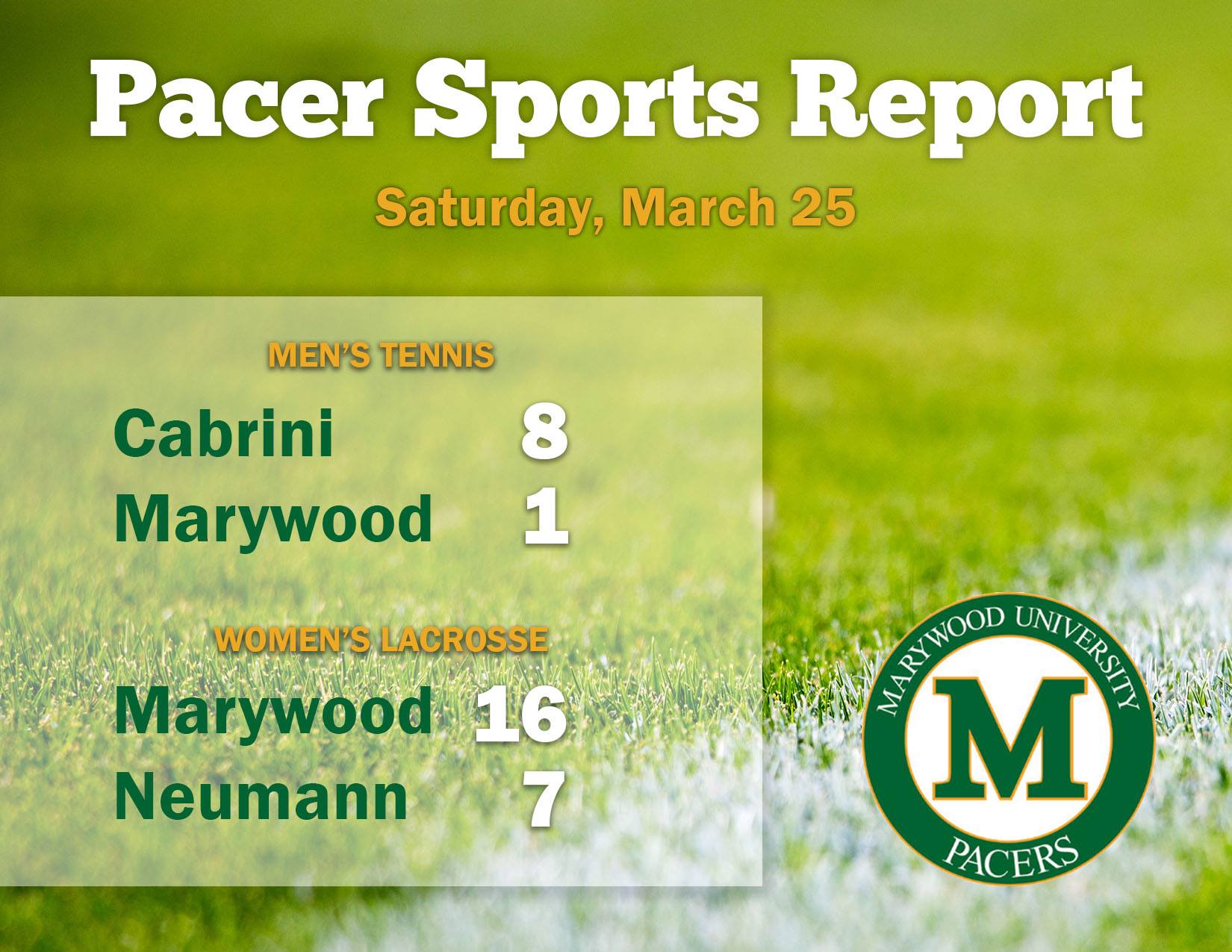 Senior goalkeeper Lauren Smith had a strong performance with 12 saves, which tied her second-highest total for the season.

The Pacers’ offense was clicking as well. 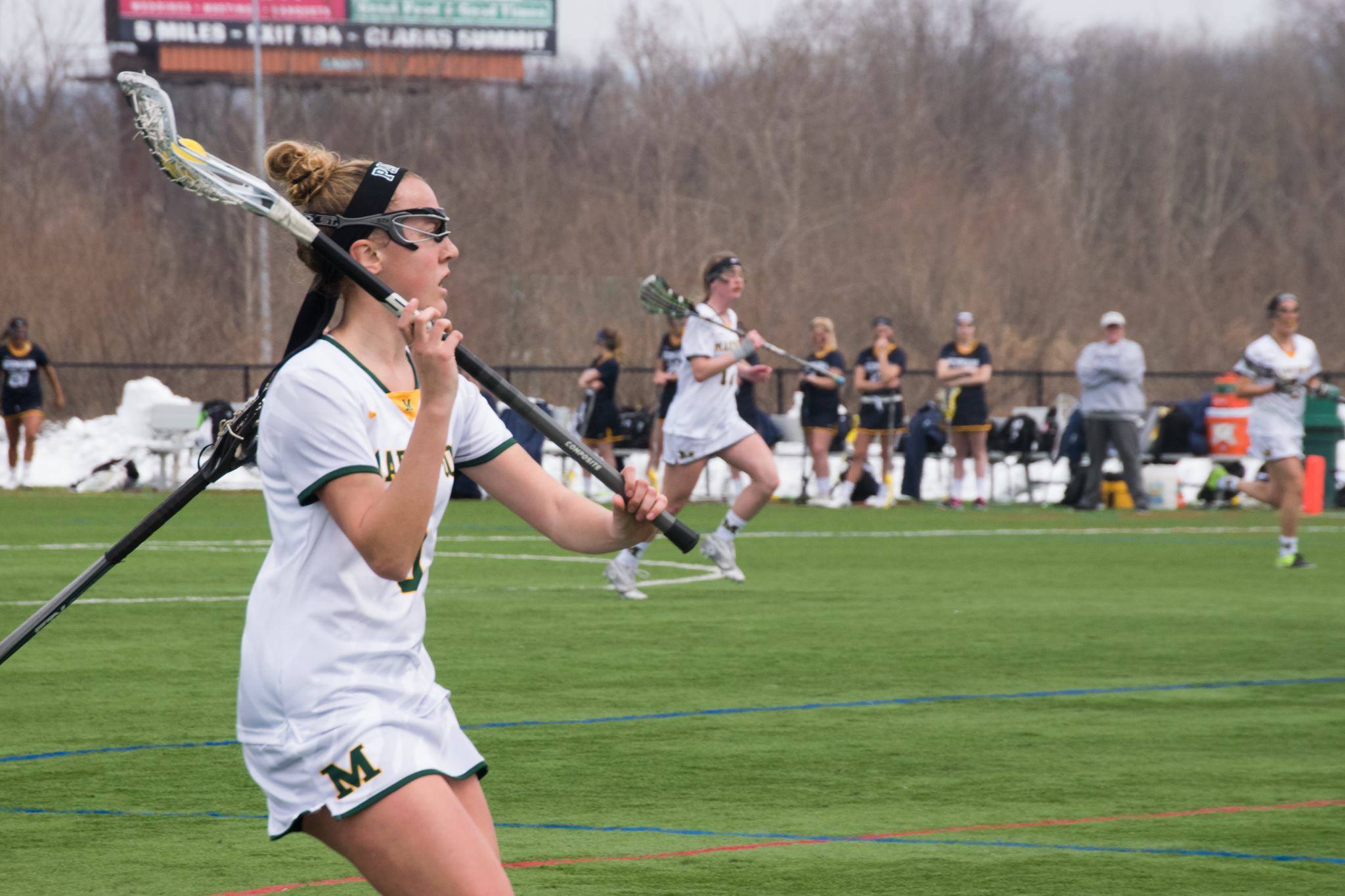 The Pacers scoring in bulk pushed them over the top, as the team started the contest with four straight goals. 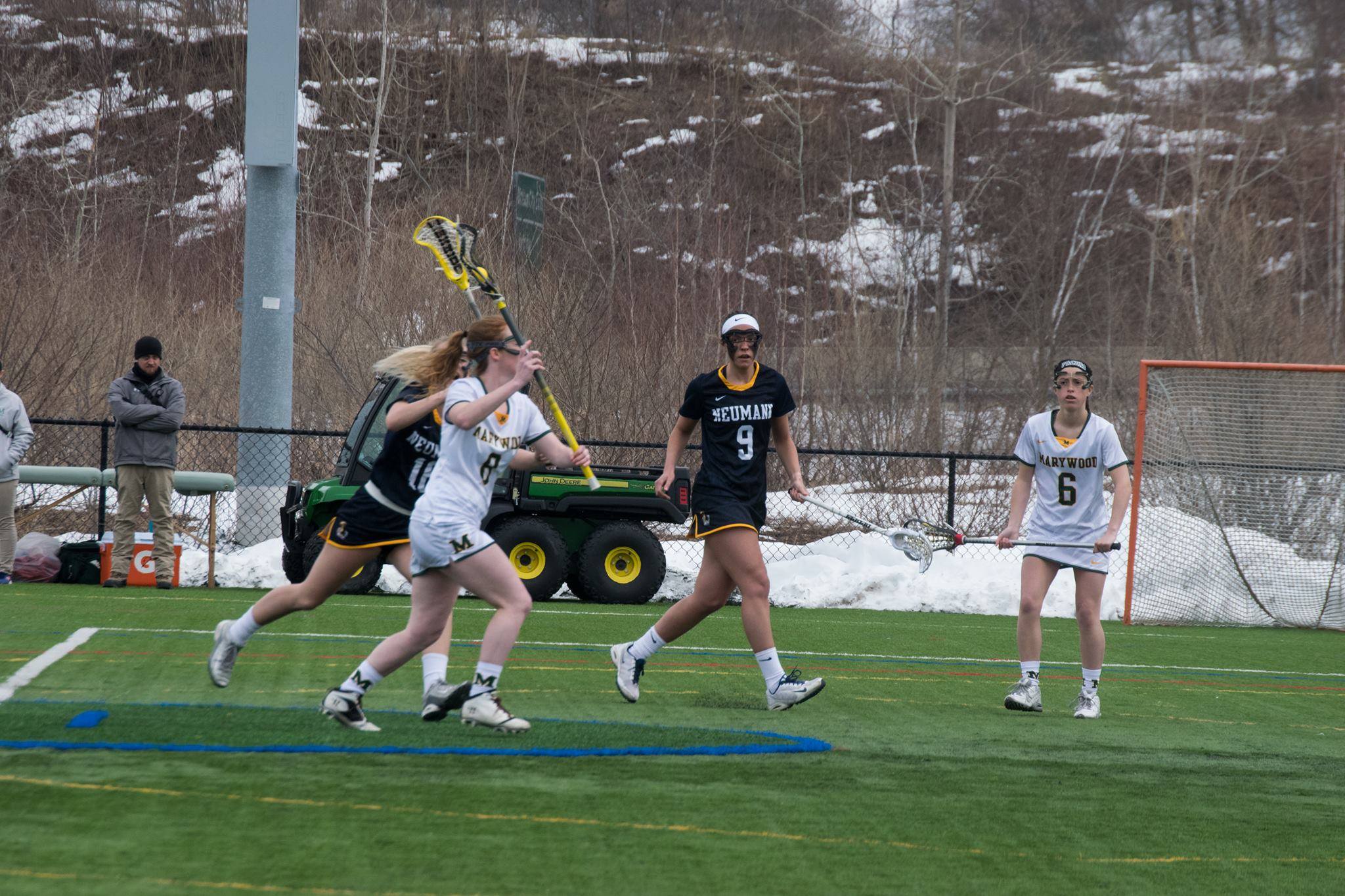 Senior midfielder Natalie Burke scored a hat trick in a 50-second span later in the first half, while junior attacker Sam Bussinelli followed suit in the second period, completing her hat trick in less than five minutes.

Marywood outshot Neumann 37 to 25 for the game and had nine more ground balls.
With the win, the Pacers improved to 4-4 on the season with a 1-1 conference record. Marywood travels to Keystone College on March 29. 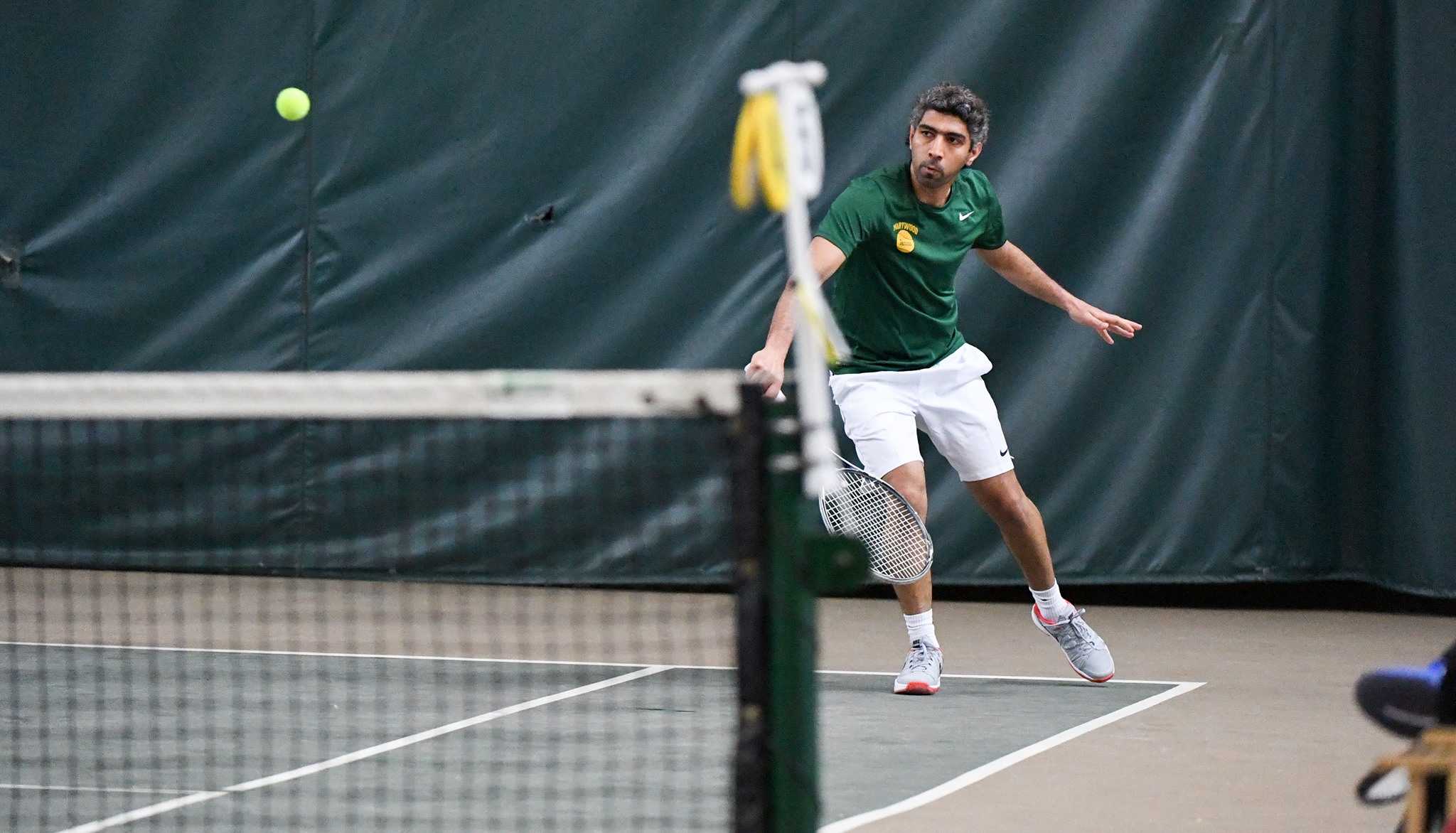 Junior Ahmed AlOreif scored the lone point for the Pacers in loss to Cabrini. Photo courtesy of Marywood Athletics.

The Cavaliers took control from that point as many of their players dominated the rest of the matches. 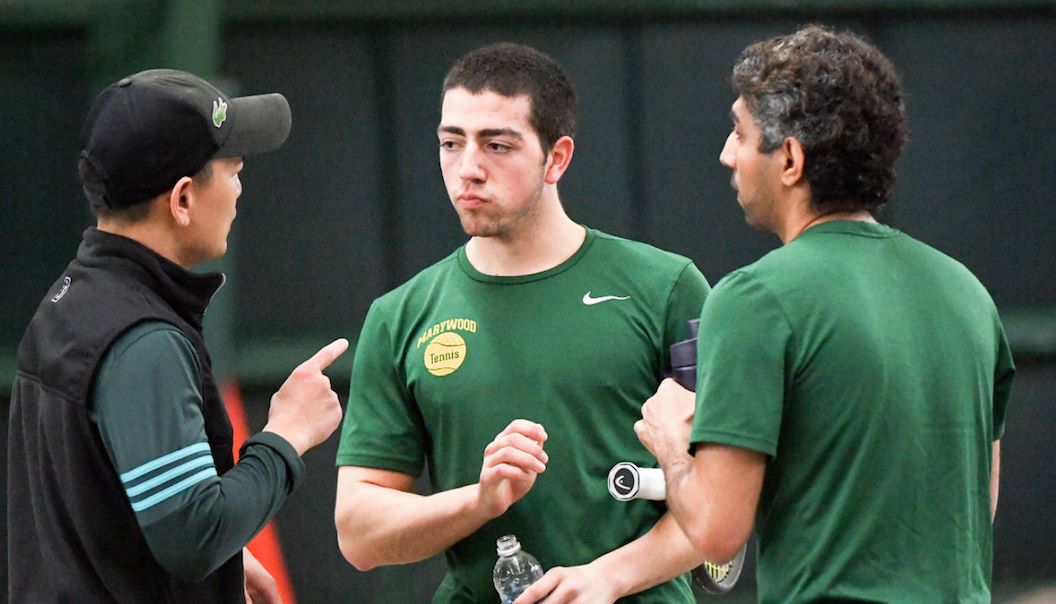 The only tight match happened at one doubles, as AlOreif teamed up with senior Bryon Scholl. AlOreif and Scholl battled hard, but fell 5-8.

Marywood hopes to find its winning ways as the team travels to Keystone College for another conference match on March 29.