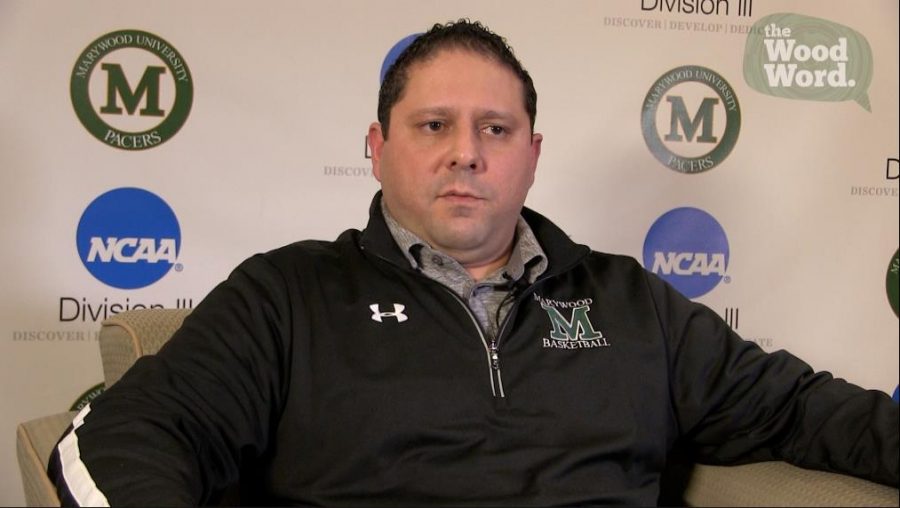 With Mastroianni at the helm, the Pacers increased their win total to five in the Colonial States Athletic Conference (CSAC), finishing tied with Cairn University for seventh in the overall standings.

On its face, a 5-13 conference record is not where any team wants to be, but Mastroianni said his team’s record is deceiving.

“I know our record may not have indicated it, but I thought we performed well considering what we were the year before,” said Mastroianni.

Mastroianni acknowledged that the improvement on the court could be linked to him having a full year under his belt and earning player’s trust.

“I felt like this year was a little bit more ‘our’ team because of the delay the year before,” Mastroianni said. “The guys were here not knowing who their coach was going to be, so I had to earn their trust on the jump.”

According to Mastroianni, the next step for the team is improving another three wins next season, a goal he has stressed to his team.

“We’ve actually talked about it at length with our team that this is part of the building process,” said Mastroianni. “We’ve been preaching for the last month or so that you have to embrace the process.”

The current roster is very young on paper as only two seniors will lace up next season, guard James Curley and forward Kendall Farrell.

Developing those younger players is going to be key to reach eight conference wins.

“We brought in a lot of freshmen last year and predominately played freshmen and sophomores in those games. So every year as they grow and mature, they are going to get better,” Mastroianni said.

Mastroianni also confirmed that he has two unnamed commitments to the program already, stressing the importance of good recruiting in this ongoing building process.

“As you recruit, you are bringing in more players that believe in your vision, in what your purpose is and in what you are trying to do with the program,” said Mastroianni.

The question of a team leader still remains. With Dexter Shy, the top vocal leader of the team and “confidant” to Mastroianni now gone, who will take his place to mentor all these new players?

Mastroianni said Shy mentored both Curley and Farrell during this season to take over in the leadership positions next year.

“I’m confident that they [Curley and Farrell] will carry on the torch and bring it back to where [Shy] had it and already in the offseason, they’ve done it,” Mastroianni said.

With the vocal leaders determined, young players developing and the offseason workouts in full swing, Mastroianni spoke about his vision for Marywood basketball.

“I want to get to a point where we have five players on the floor that are interchangeable, five guys that can shoot the ball,” said Mastroianni.

“If you can play a motion style offense where everybody is a weapon and a threat to score at all times, then that’s very formidable competition,” Mastroianni said.

For Marywood men’s basketball and Coach Mastroianni, the process continues to unfold and the players continue to grow. Only time will tell if it will all work.