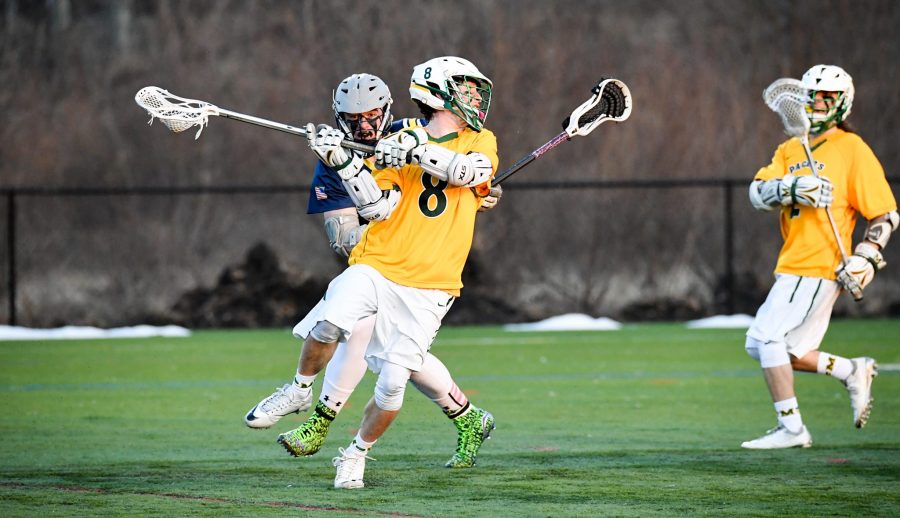 Junior attacker Matt Casto lights up the scoreboard with a five-goal performance against Rosemont. Photo courtesy of Marywood Athletics 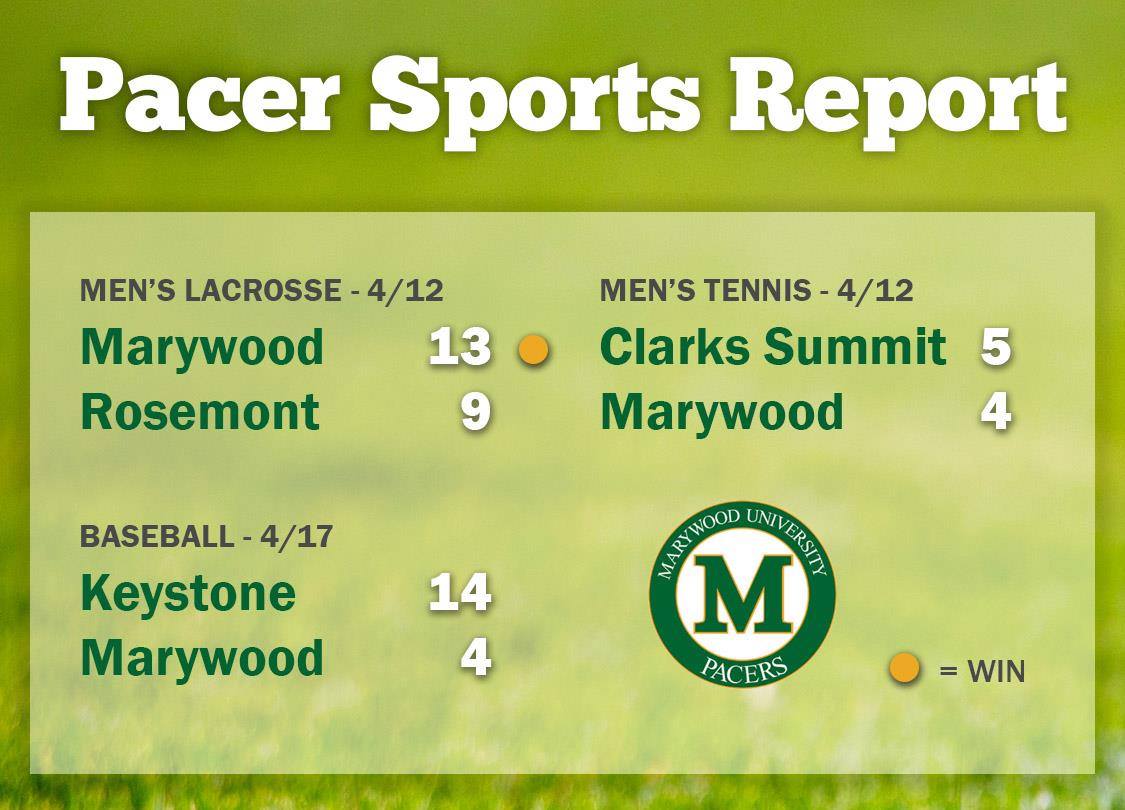 After a one-point loss to Neumann University, the men’s tennis team found itself in another tight match against Clarks Summit.

Marywood needed a win to keep its playoff hopes alive, and the team was on the right track early, winning two of three doubles matches.

Junior Ahmed AlOreif and senior Bryon Scholl dominated with an 8-2 victory. After the Defenders won 8-0 at two doubles, it was time for two Pacer freshmen to take the courts.

Brendan O’Rourke and John Shebby battled with Clarks Summit’s Josh Eichelberger and Evan Self for an 8-6 win.

Moving to singles action, AlOreif won 6-1, 6-4 at one singles. But Clarks Summit would take the next three matches, including a tough three-set battle between Scholl and Clarks Summit’s Yancy Butler.

The Defenders’ Eichelberger helped clinch with a 6-2, 6-1 win over sophomore Momar Fall at six singles.

With the loss, the Pacers were eliminated from playoff contention for the first time in nearly a decade.

Marywood began with a fury of offense scoring five goals in the opening frame. Junior attacker Matt Casto contributed a hat trick to that total. He would add two more goals and two assists for a career-best seven points.

According to marywoodpacers.com, Casto’s seven-point performance is the highest offensive production for men’s lacrosse in the past two seasons.

Goals by Rosemont’s Ben Koszelak at the end of the first half and middle of the third quarter trimmed the Pacers lead to 7-5.

Marywood then rattled off four goals in four minutes to blow the game wide open. Sophomore midfielder Matt Mitarotonda opened the run with less than seven minutes left in the third.

Freshman attacker Zach Vaughan then scored at the 5:15 mark. Casto found the back of the net a minute later and Vaughan scored again with 2:51 left.

The Pacers held off Rosemont in the fourth to seal an important conference victory.

After being swept in a doubleheader on April 13, the Pacers looked to avoid a season sweep as they played host to a red-hot Keystone team sporting an impressive 9-2 conference record.

The Giants’ Bill Nelson doubled to right center to score the first two runs of the game. Keystone would tack on two more runs to extend the lead to 4-0 in its half of the first inning.

The Pacers rebounded quickly in the bottom of the first as senior third baseman James Goetz led off with his first homerun of the season.

The Pacers would cut the lead further with a run in the fourth courtesy of an RBI single from freshman second baseman Austin Takvor.

Both teams went scoreless in the fifth before Keystone scored four more runs on five hits in the top of the sixth.

The Giants piled on six more runs in the final three innings to cruise to a 10-run win.

For Marywood, this marks the eighth conference loss of the season, putting the team fifth overall in the CSAC.