Depth and consistency are key for men’s soccer team 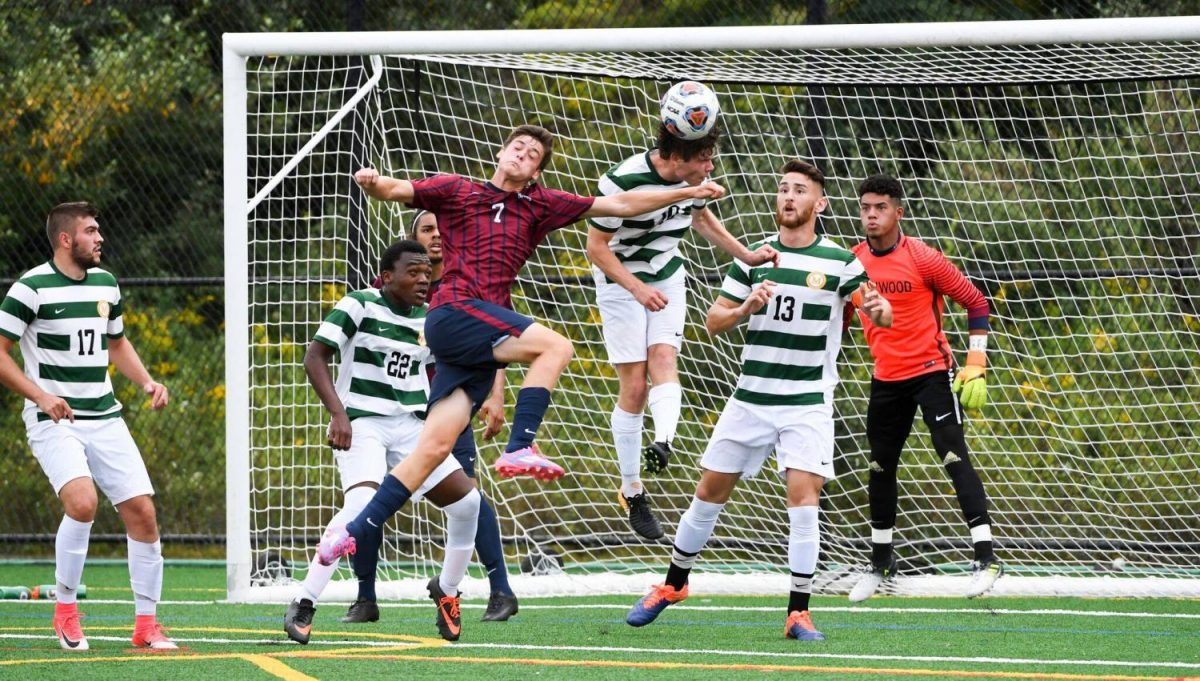 Men's soccer hopes to get back to the playoffs. Photos courtesy of Marywood Athletics.

The goal is clear for the Marywood men’s soccer team this season: a Colonial States Athletic Conference (CSAC) championship.

So, how do the Pacers get there?

The young Marywood team’s potential is there. With 18 freshmen on the roster, including eight starters, head coach Dawson Driscoll points to consistent, cooperative soccer as the key to success.

“Our goal is to become a consistent, competitive team where we get good chemistry amongst our players so we can play to the best of our ability,” said Driscoll.

That brand of soccer often comes only with experience. Coach Driscoll acknowledged the correlation between experience and the ability to “learn how to win.”

With a solid back four and a goalkeeper that Driscoll touts as a Division I talent, the difference for the Pacers may lie in their ability to score.

According to Driscoll, the ability to put the ball in the back of the net relies heavily on their forwards’ developing the chemistry, Driscoll stresses.

Both Driscoll and Assistant Coach Ethan Patrick believe the team’s depth is an essential part of this year’s campaign. It not only allows for different looks, but also motivates everyone on the squad to step it up.

“[Depth] is what’s going to get us through. For us, that depth gives us the versatility of interchanging players often,” said Patrick. “I love that we have that interchangeability.”

That depth helps the team to avoid a drop-off from the constant competition as the season grinds on.

Patrick thinks this team can not only avoid a drop-off, but also get stronger with time.

“These players are constantly fighting for that starting spot. The depth, the fighting for the spot, the potential to all get better together- that’s going to keep our team improving as the season goes along,” said Patrick.

All things considered, Coach Driscoll said his confidence in this team is high.

“I think we’re good enough to win the conference this year, I really do,” Driscoll said.

The Pacers take their first step toward that goal today at 4 p.m. against defending CSAC champion Centenary University.