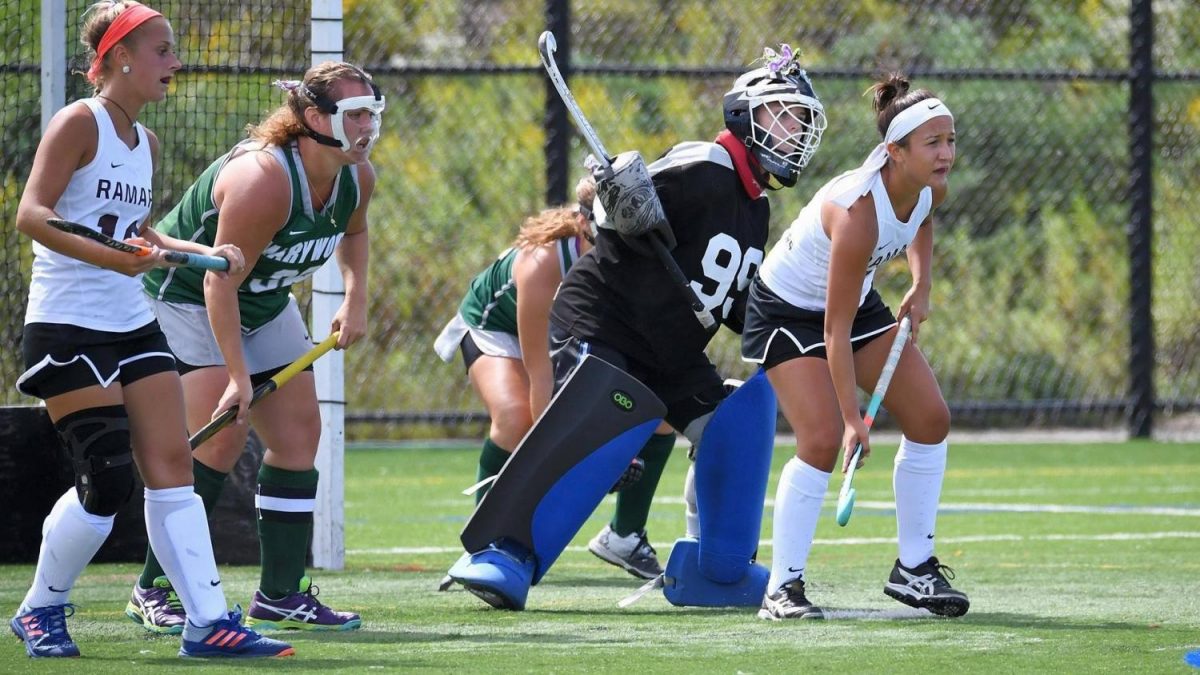 An undefeated Scranton team continued to roll in women’s tennis last Wednesday, improving to 4-0 with a shutout victory over the Pacers.

The Royals controlled every doubles match.

Juniors Nicole Sinclair and Emily Zarrilli were the only Pacers’ pair to win more than one game (2-8).

The Royals’ domination continued into singles action as only Zarrilli and junior Abygail Doud were able to challenge their respective opponents.

Clarks Summit tried to snap a six-game losing streak to start the season, but the Pacers had other plans.

Sophomore midfielder Renae Moken, pictured below, led the way with a hat trick and an assist on the afternoon. 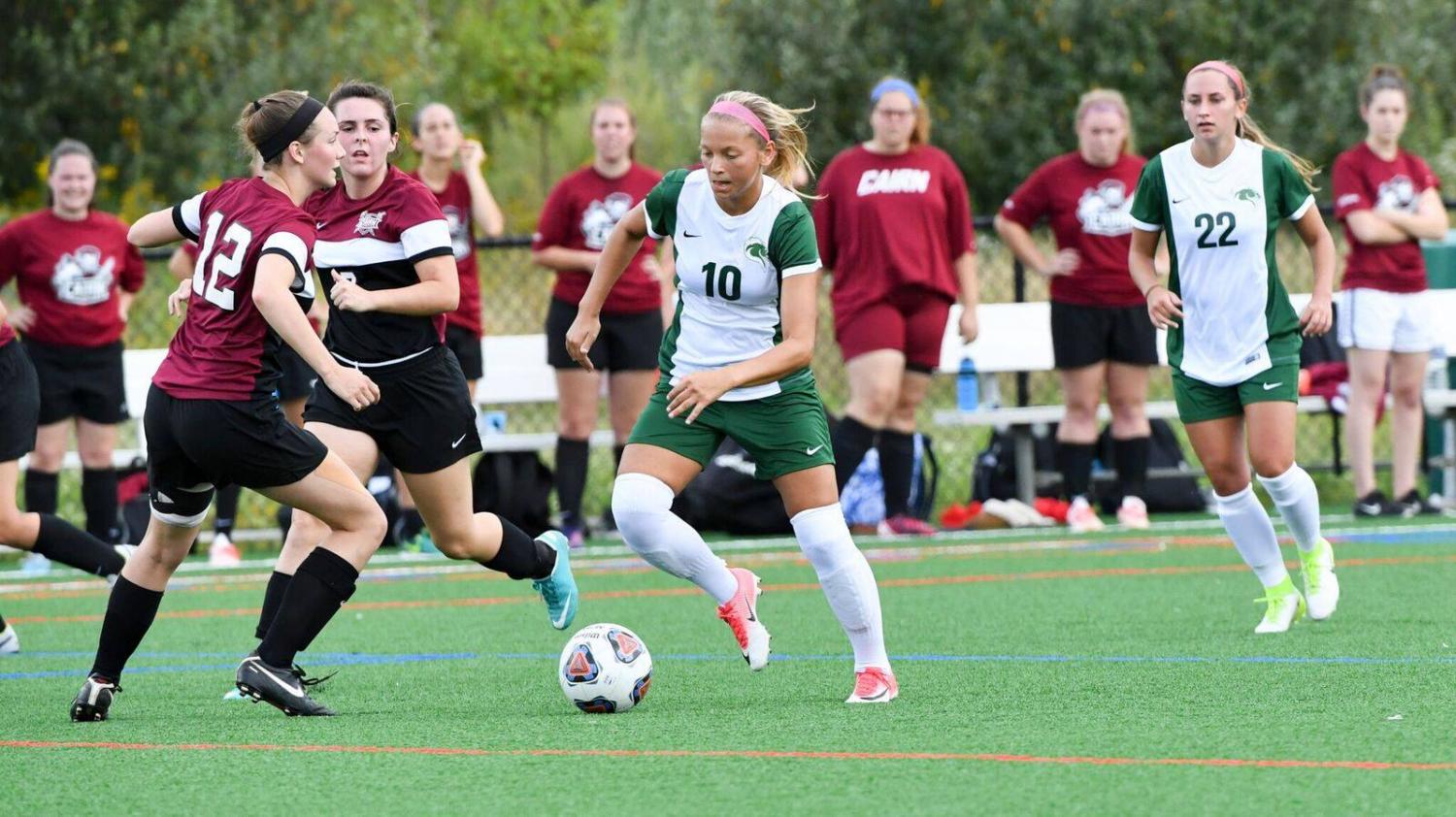 Two of Moken’s three goals took place in the first 10 minutes of the game to put Marywood up 2-0. Moken then assisted senior defender Emily Kotcho on a goal to extend the lead.

The Pacer offense scored five more goals. But it was the team’s defense that controlled Clarks Summit the entire game. Marywood outshot the Defenders 33-2 and 13-1 on goal.

The Pacers gave visiting Stockton University all it could handle on Saturday afternoon.

Stockton’s Victoria Caiazzo tied the game at the 11:09 mark.

Marywood’s defense would hold for over 10 minutes until back-to-back goals put the Pacers down 3-1.

The Ospreys’ Britney Stein found the back of the cage off a scramble in front of the goal. Caiazzo scored her second goal of the game just four minutes later.

The Pacers rallied in the second period. Quinn got her team within one off a cross from sophomore midfielder Gwyneth Gleason.

Both teams locked down defensively for the final 30 minutes of regulation and the entire first overtime period. Junior goalkeeper Kerri Mountz, below, played the entire 100 minutes, tallying 18 saves.

According to marywoodpacers.com, Mountz made a crucial save with just seconds remaining in the second overtime.

The game would go to a stroke-off where Stockton beat the Pacers 3-2. Stockon’s Alexa Massa scored the game-deciding goal.

Men’s soccer evened its record against a struggling Albright team, but the Lions made the Pacers earn it.

Marywood only got off four shots on goal for the entire game, but the Pacer defense allowed Albright just one shot on goal.

Each team struggled to find the back of the net until freshman forward Zac Lloyd scored the game-winning goal in the 80th minute.

As Family Weekend came to a close, the Pacers looked to bounce back from their heartbreaking loss to Stockton.

The Pacers cut into that lead when sophomore forward Jenna Dickey hit the back of the cage in the 19th minute.

King’s would respond with a goal from Kelsey Gabriele seven minutes later. DiMaggio added one more insurance goal in the second half.

The Royals opened their 2017-2018 campaign with a shutout victory over the Pacers on Sunday.

The Pacers look to bounce back when the team travels to Bethlehem for a matchup against Moravian College.

Marywood came out strong going up 9-4 in the first set. The Greyhounds rallied taking the lead late at 18-14.

The Pacers quickly went on a four-point run thanks in part to back-to-back aces by sophomore middle blocker-outside hitter Peri Sheerin. Moravian recovered by taking seven of the last eight points.

The Greyhounds then posted a .294 attack percentage in the second set to win by 10 points.

Down two sets to none and Moravian on match point at a 24-21 advantage, Marywood fought back to tie the game at 24 behind sophomore defensive specialist Sam Compton’s serves.

Moravian quickly shut the rally down and took the set and the match.