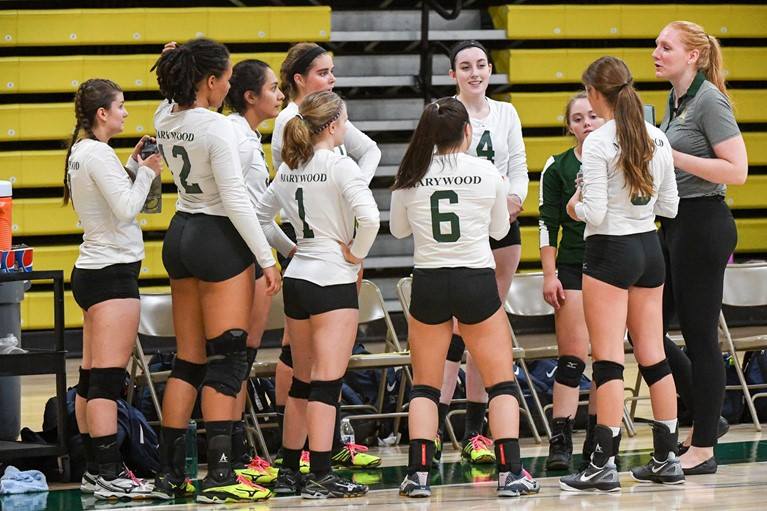 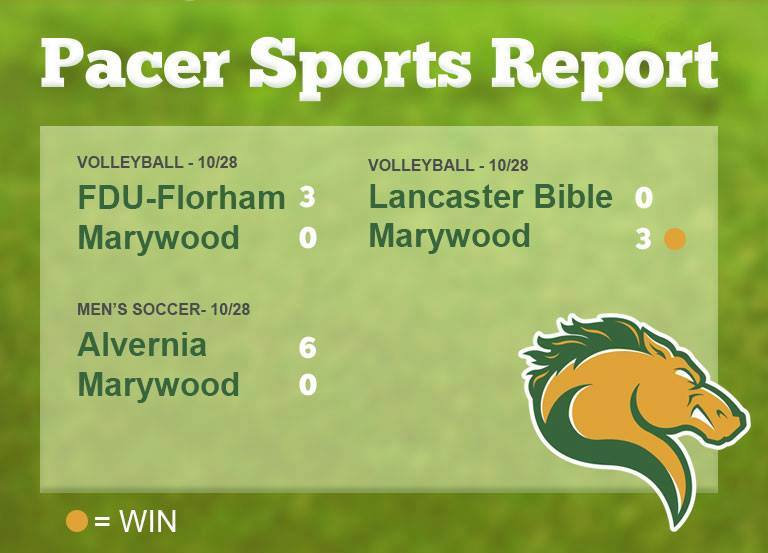 Volleyball finished the regular season by splitting a home tri-match.

According to the team website, the Pacers’ errors proved costly. Marywood committed at least eight attack errors in each set.

The Devils’ Melissa Gaffney led her team in three of the five major statistical categories with 12 kills, four aces and 12 digs.

The Pacers shot a higher percentage than Lancaster Bible and nearly doubled the Chargers in kills. 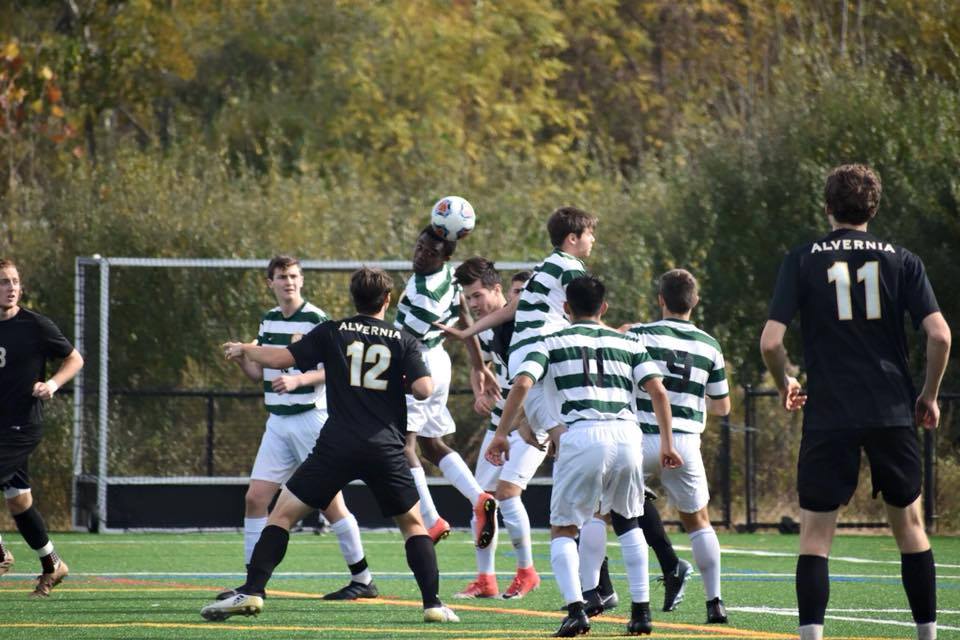 Alvernia struck first with a goal from Raine Slovak in the 15th minute. The Pacers locked down defensively and kept the Golden Wolves from scoring again for the rest of the period.

The Golden Wolves put the game away early in the second half with four goals in a 10-minute span.

The Pacers tallied just five shots total with only one shot on goal.

Marywood closed the regular season with an 8-8 record. 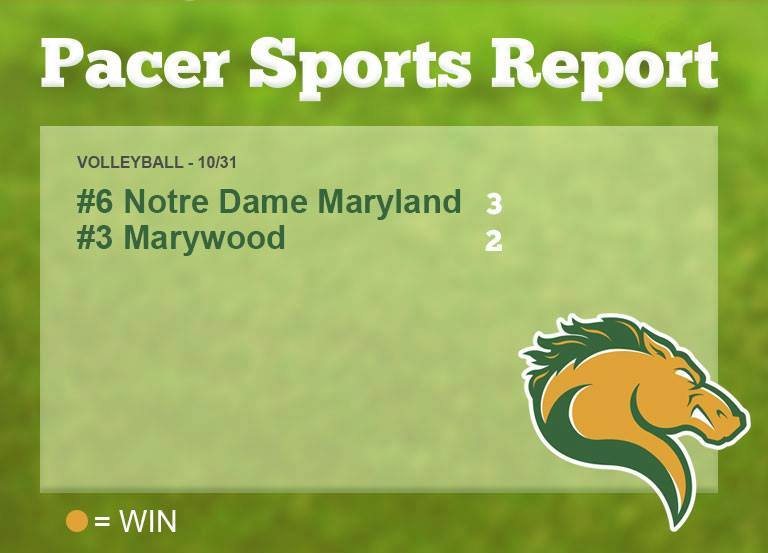 The volleyball team’s season came to an end in heartbreaking fashion.

The Pacers were on the verge of a sweep, going up 19-14 in the third set before the Gators rallied for seven-straight points.

The Gators gained even more momentum in a thrilling fourth set. After Marywood took a 20-19 lead, Notre Dame tied it back up at 20.

Both teams traded the lead multiple times. With the Pacers down 27-28, Heyen assisted Sheerin to tie the set at 28-all.

Notre Dame won the next two points with back-to-back kills by Kayleigh Davis and Sarah Sweet. The Gators took control late in the fifth set to advance to the CSAC Semifinal against Cabrini University.