HEAD TO HEAD: Are Super Teams killing the NBA? 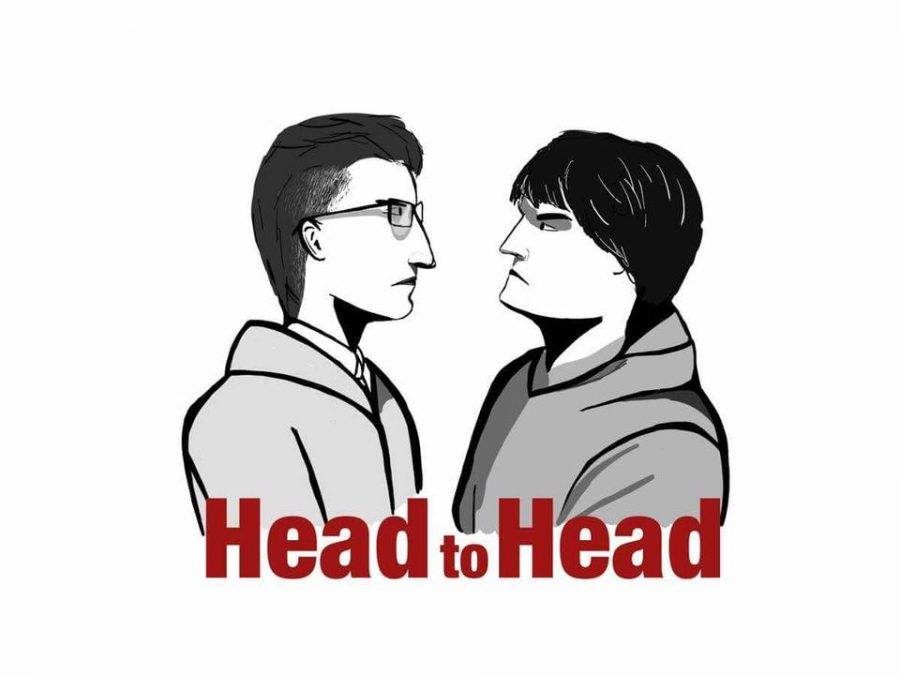 There are few things more competitive than professional sports, but some National Basketball Association (NBA) players have a view of competition unlike the other three major U.S. sports leagues.

It all began with LeBron James taking his talents to South Beach.

James probably didn’t foresee the “Super Team” monster he was creating by linking up with Dwyane Wade and Chris Bosh to chase titles in Miami.

The Super Team movement peaked in the summer of 2016 when Kevin Durant shocked the NBA and the Oklahoma City Thunder, the organization that drafted him, by departing for the Golden State Warriors.

The following season, the new Warriors lineup finished one game short of running the table in the playoffs to make for a predictable and dull postseason.

The Durant decision isn’t an aberration. It is a microcosm of the state of the NBA, where the motto became “If you can’t beat ’em, join ’em.”

That phrase encompasses everything that’s wrong with today’s NBA. NBA stars of the 80s and 90s would rather retire than join the team they couldn’t beat.

Those players relished every crack at their opponent, believing losing was a cause for motivation, not quitting. Most importantly, those players realized that they could be a part of something great right where they were.

Super Teams are killing the NBA. Yes, ratings and revenue are up. That’s not the point.

The ring-chasing, Super Team-building era is stripping away the competitiveness and integrity of the game. Worse still, fans of smaller market teams lose out.

If you’re either a Cavaliers or Warriors fan, then you’re in for a really compelling season. For the other 28 fan bases, it’s completely different.

Those fans are alienated because they already know what many pundits speculate, namely that their team has little to no chance of beating either of those two teams.

Super Teams are fun to watch until your team is on the court against them.

We fans are in store for more lack of parity. The NBA is risking becoming not only predictable and boring, but to a degree, pointless.

When every analyst predicts the same outcome for the upcoming season, and it then comes true, it strips the NBA of the spontaneity and raw competition that makes the sport great.

No one bashed the Warriors pre-Durant because they were an organically-grown team. Golden State management drafted the “Big Three” of Steph Curry, Klay Thompson and Draymond Green.

They were a team built from the bottom up, needing no big free agent splashes. People could get behind them.

Then it all changed.

There is hope, though, in the form of the young Philadelphia 76ers team, the up-and-coming Milwaukee Bucks and the much-hyped Los Angeles Lakers.

Only time will tell whether these teams and others will stick it out, restore balance to the league and continue to bet on themselves.

“If you can’t beat ‘em, join ‘em” is killing the NBA we knew and loved.

John: Super Teams make the NBA so much better.

Before I make an argument in favor of the Super Team era, I have to address both Nicolo’s bitterness toward Golden State and the “if you can’t beat ‘em, join ‘em” argument.

While, as a LeBron James fan, I root against Golden State; I objectively view them as the most well-run organization in the NBA.

The Warriors saw the value of the three-point shot would continually increase as the league progressed to a more free-flowing, offense-driven product.

Nicolo admitted that Golden State was an “organically grown team…” “…built from the bottom up.” So, why can’t they go after the second-best player in the world? Why can’t they sign a big-time free agent player?

Also, Golden State integrated Durant into their system with little to no issue which only goes to show how much of a well-oiled machine they are.

Secondly, the “ring-chasing” mindset isn’t the players fault. While the players have more power and mobility than ever before, the media created this problem.

It started with LeBron, and has only gotten worse. James couldn’t capture an NBA title during his first run in Cleveland and was heavily criticized for it.

Once James won a title with the Miami Heat, the pressure shifted to players like Durant.

Everything about Kevin Durant as a player was scrutinized. Is he clutch? Does he have a killer instinct? His basketball character was being questioned, so he left for a better team.

Durant’s move has only made the league more exciting because it’s forcing teams to make bold moves in an effort to try to compete with Golden State.

The Houston Rockets, Oklahoma City Thunder, Minnesota Timberwolves and San Antonio Spurs all improved their rosters with deals both large and small.

How exciting is it going to be to see these teams try and knock off the Warriors over the next few years or so? What moves are going to be made next summer?

These organizations should continue to get better as their young players mature.

For the teams at the very bottom, this is also a great opportunity for growth and development. Teams like the Chicago Bulls, Indiana Pacers and Dallas Mavericks have to draft better while also developing the current young players their roster.

Sure, some NBA nights are going to be hard to watch as Golden State blows out a team by 40 points, but it’ll all be worth it in April, May and June.

For the fan bases at the bottom, your teams are forced to become better for the future. The Golden State empire will fall sooner than you know. When it does, it’s anyone’s game.