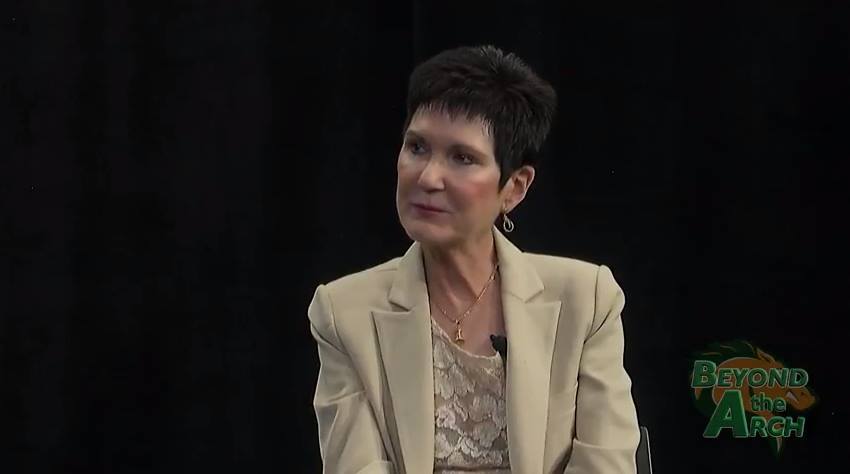 Director of Athletics and Recreation Dr. Mary Jo Gunning appeared on TV-Marywood’s “Beyond The Arch” to confirm the original report by The Scranton Times-Tribune.

Gunning said the decision to depart was a challenging one, but cites a lack of competitiveness as a main reason for leaving.

“In the conference, we have consistently emerged as first, second or third at least out of 12 schools,” Gunning continued. “When four of the top competitors were leaving and asked us to go, that gave us a path that we had to follow.”

Gunning confirmed Marywood is among five current CSAC schools withdrawing from the conference including Cabrini, Neumann, Immaculata and Gwynedd-Mercy.

If the five CSAC schools leave, it could have major consquences for the conference moving forward, especially in regard to qualifying for NCAA Division III playoffs.

These schools will join to form a new league named the Atlantic East Conference, said Gunning.

“The schools that we will be aligned with are very much like Marywood, similar mission, tuition and academic prowess,” said Gunning.

Gunning also said these schools have the backing of upper-level administration.

“We’re very fortunate that our president and our cabinet are extremely supportive of athletics and see the value of athletics to an institution. Those other institutions in this new conference will share that,” Gunning said.

According to Gunning, the move not only expands the university’s recruiting channels, but also improves the athletic experience for Marywood student athletes.

“It’s going to challenge our student athletes. I think it’s more important to win against a competitor that is of equal value than at the top of a heap, [in which] many may not be at the same level,” said Gunning.

She added a change in conferences will cost Marywood money in the beginning of the process.

“When you start a new conference you have to pay incorporation fees, etc. We’ll have to rebrand. We’ll have to change banners. So obviously, there’s going to be more initial cost,” said Gunning.

Gunning said that these costs would even out over time.

According to an article on d3sports.com, if the new conference starts play next fall, they will be eligible for automatic bids to the NCAA playoffs beginning in 2020-2021.