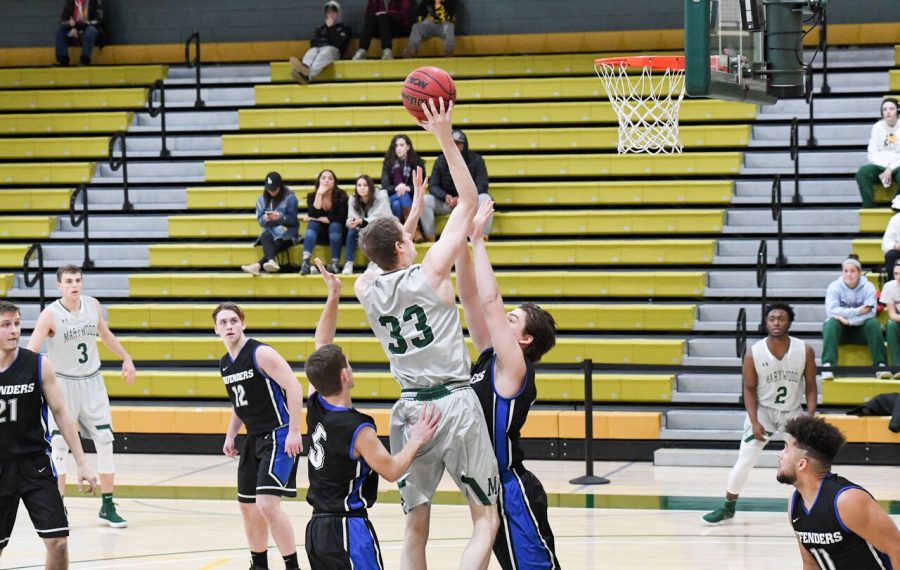 The Pacers dropped below .500 in the Colonial States Athletic Conference (CSAC) after a 22-point loss to Rosemont on Saturday.

Rosemont opened a 15-point lead halfway through the first half.

While Pacers’ junior guard Tip Swartz cut Rosemont’s lead to six with two minutes left in the period, the Ravens had a 10-point lead at half.

Rosemont controlled the second half and put the game away with an 18-7 run to push their lead to 20 points.

The Ravens dominated free throws, rebounds (+14), second-chance points (+15) and had 27 points off turnovers.

Swartz finished with 18 points on 6-10 shooting and seven rebounds. Junior forward Jeremy Ringland was the only other Pacer in double figures with 11 off the bench.

The loss drops Marywood to 6-7 in the CSAC and lifts Rosemont to a 9-4 record.

Marywood sits just a half game behind both Keystone College and Immaculata University in the latest CSAC standings.

Only five conference games remain for Marywood to make a run at either school for a playoff spot. The Pacers host Neumann this Wednesday at 8 p.m.