Expectations are high for men’s lacrosse 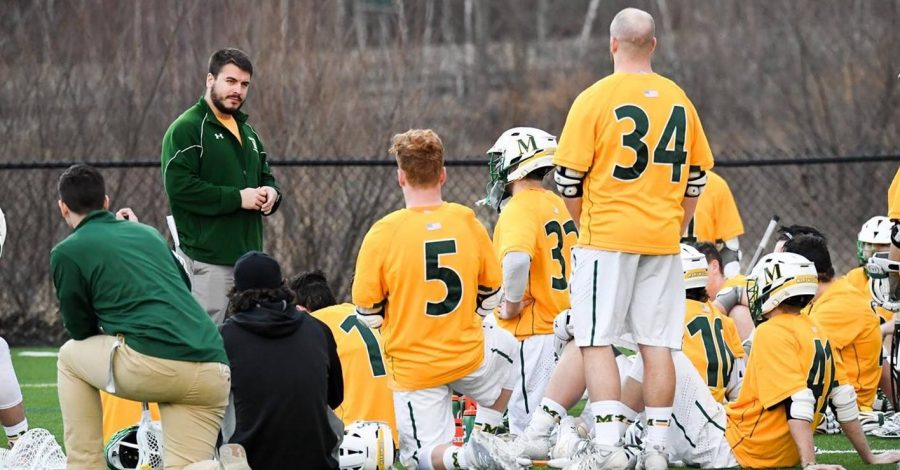 They have the experience and talent. Now, all they need is a Colonial States Athletic Conference (CSAC) championship to show for it.

After a 9-10 campaign last year that included a strong 5-2 conference mark in what head coach Tyler Perrelle called “a building year,” the 2018 squad’s hopes are high.

“There’s no reason for us not to be competing for a conference championship this year,” said Perrelle.

While most coaches will tell you that their team has what it takes to compete for a conference crown, Perrelle’s confidence comes from the proven track record and experience of this year’s team.

“Some younger guys that have had experience are now getting older. We’re trying to build off of that. We’ve got to win those one-goal games . . . and that comes with a lot of leadership and experience,” he said.

While most of his starters are returning, Perrelle points to the offense as a particular source of strength, since the team didn’t lose a single player.

The attack should not be short for goals as it features CSAC Second-Team honoree Rob Maini and CSAC honorable mention Matt Casto, who combined for 80 goals last season.

While this Pacer team is largely dependent on its veteran presence, some fresh faces will provide healthy energy and competition.

Perrelle said a handful of guys could make an impact even though the starting group is locked in. Of the incoming freshmen, Patrick Dingwell has caught the coach’s attention early.

For Perrelle though, the biggest key to this team’s success is getting back to basics.

“Improvement-wise, it’s just the little things. It’s those basics of catching and throwing and being smart with the ball and communication . . . that’s what wins you games,” Perrelle said.

Could the Pacers be on the verge of a title? An experienced roster and a motivated senior class could mean it’s now or never for this group of Pacers.

“We have a big senior class, so for a lot of these guys it’s their last go. They’re really excited to get after it,” said Perrelle.

The team starts its season tomorrow at the University of Scranton, and begins its CSAC title quest March 24 at Immaculata University.