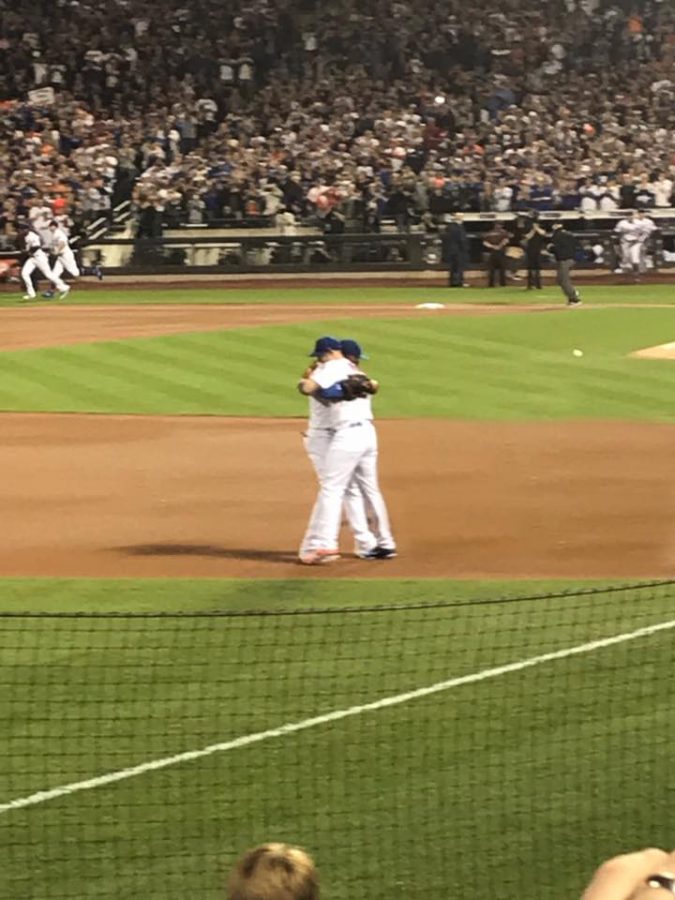 Then, in 2015, Wright was diagnosed with spinal stenosis, “a narrowing of the spaces within the spine, which can put pressure on the nerves that travel through the spine.” He was able to return to the field in late August and helped bring the team to its first World Series appearance in 15 years.

Wright’s 2016 season was cut short when he suffered from a herniated disc in his neck and was forced to miss the rest of the season and most of 2017. He went on a rehab assignment in late August 2017 but shut himself down after suffering a torn rotator cuff, which eventually required surgery.

This season was filled with optimism for Wright as a return became more and more possible as the summer wore on. He began a rehab assignment on Aug. 12 for the club’s High-A team, the St. Lucie Mets. He played regularly through Aug. 30 when he joined the major league team in San Francisco, though he was still not activated from the disabled list.

On Sept. 13, the Mets scheduled a press conference to discuss Wright’s future with the team. The team announced that Wright would be activated on Sept. 25 and start at third base on Sept. 29. Wright admitted that the doctors told him his condition would not get better and that it would be wise to retire.

A tearful Wright thanked Mets ownership, his teammates, his agent, the fans and his family for all the support during his 18 years in professional baseball. Notably, Wright did not use the word retire during the press conference, though, he did make it clear that Sept. 29 will more than likely be the final game of his career.

When Sept. 29 finally arrived, Mets fans packed the stadium from the moment the Citi Field gates opened at 4:30 p.m. They were about to see one of the greatest players in franchise history step on a field for the final time.

When Wright came out to warm up, the crowd went crazy. He was getting his legs loose when Jose Reyes, who played more than 800 games at shortstop next to Wright for the Mets, came out to stretch. The two embraced and the crowd loved every second of it. The two later were featured on the Kiss Cam at Citi Field and they embraced again, to which the crowd erupted again.

When Wright headed out to the field, the rest of the team stayed in the dugout to let the captain take the field by himself and soak it all in. Before he could get too comfortable, Wright had to head behind home plate to catch the first pitch from his daughter, Olivia.

Wright had two at-bats in the game before he departed. In those at-bats, he walked and popped out to first baseman Peter O’Brien, who became public enemy number one in Queens after he made the play at the railing.

Wright took the field for the top of the fifth. Before the inning officially began, Mets Manager Mickey Callaway came out of the dugout to give the switch to the home plate umpire. Wright hugged his teammates and coaches as he came off the field to a thunderous ovation from the 46,000 fans in attendance.

The fans who came to watch had to wait out a 13 inning, 1-0 Mets victory. The team showed a video tribute to Wright before he came back on the field. Following the video, Wright emerged from the dugout, microphone in hand, and was ready to address the fans who stayed just to hear the him say goodbye. Then Wright, not normally comfortable with being singled out, told the fans of New York how they made him feel.

“I was thinking about what to say today and I think I’m all out of tears, so I think we’re good to go with that,” Wright said. “But this is love. I can’t say anything else. This is love.” The point Wright emphasized the most was the fact that “you guys [the fans] have always had my back.” He said that he wished he could thank every fan individually. “Thank you from the bottom of my heart for accepting me,” he said. “Thank you for cheering for me, and thank you for allowing me to live out my dreams in front of you guys each and every single night.”

“You’re going to make me cry again. I love you guys,” Wright said as he left the field.

David Wright is one of those people who is adored by every person he meets. The media loves him, his teammates love him, and most of all, the fans love him. He will be missed by the Mets, the fans and everyone around baseball.