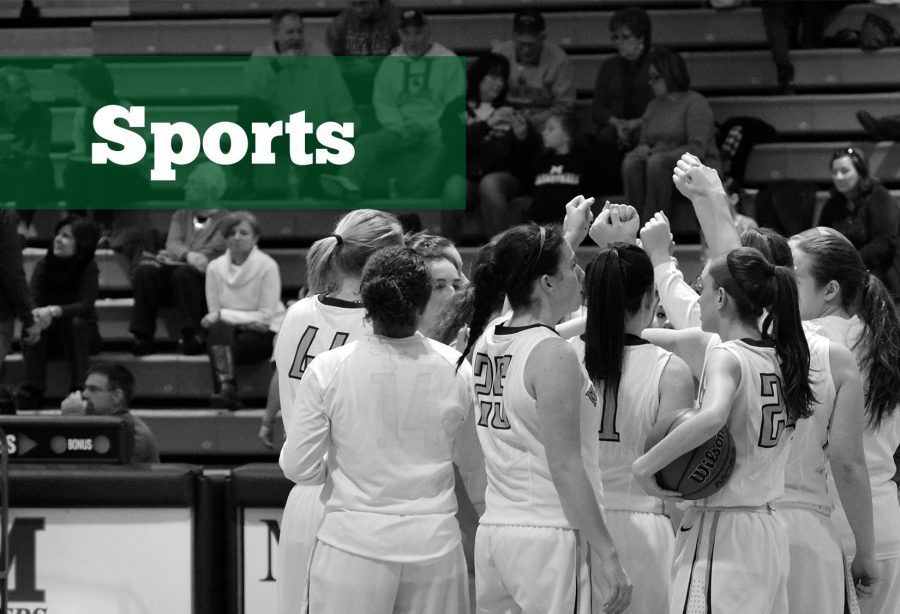 Women’s Golf vs. Misericordia University and University of Scranton (tri-match)

The Pacers’ women’s golfers split a tri-match against Misericordia and the University of Scranton last Sunday. Marywood defeated Misericordia 4-1, but lost by the same score to Scranton.

Brianna Baker, Leslie Major, Tessa Briselden and Juliet Lepri all earned points for the Pacers in the win over Misericordia.

Against Scranton, Briselden again secured a point for the Pacers.

With the score tied at three entering the final minute of regulation, the Knights’ Meshema Charles found the back of the net in the 90th minute to put Berkeley up for good. The last minute winner cancelled out an 84th minute Marywood equalizer from Zac Lloyd.

The match went back and forth as the Pacers opened the scoring, but then found themselves trailing 3-2 for much of the second half.

Lloyd led the Pacers with two goals and an assist.

The final shot statistics reflected the close scoreline. Berkeley outshot Marywood 18-15 and 12-8 in shots on goal.

The Pacers jumped out to a 3-0 lead in the first half, which proved to be too much for the Giants to overcome in the second half.

In the win, Julie Youngman scored two goals for the Pacers. Youngman opened the scoring in the fifth minute and added her second in the 68th minute.

Megan Swiecicki and Natalia Colasurdo added the other two goals for Marywood.

The goalkeepers were both busy as Marywood’s Aly Moyer recorded seven saves and Keystone’s Rebekah Shepherd turned 14 shots aside.

The field hockey team continued its hot start with a 3-1 win over Delaware Valley last Wednesday.

The Pacers were led by Gwyneth Gleason’s two goals.

Gleason opened the scoring in the 11th minute off of an assist from Angela Sanchez.

Lindsey Gladden then doubled the Marywood lead in the 28th minute.

Gleason added her second in the 37th minute to push the Pacer lead to 3-0.

Gillian Nardelli pulled one back for the Aggies in the 61st minute, but the match was already decided.

The men’s soccer team was hoping to rebound from a gut-wrenching loss earlier in the week, but came out on the wrong end of a 4-0 loss to York.

The Pacers were blitzed by York’s Zion Friday. Friday scored two goals within the first one minute and 35 seconds of the match for the Spartans.

That proved to be a hole in which the Pacers couldn’t climb out.

After a scoreless remainder of the first half, the Spartans added two more goals in the second half to complete the shutout.

The final shot’s statistics didn’t reflect a four goal difference. York led 15-11 in shots and 10-6 in shots on goal.

The Pacers’ volleyball team swept a pair of matches in a tri-match against Misericordia and Penn last Thursday.

It took the Pacers only seven sets total to secure the two victories.

The win pushed the team’s winning streak to five and its record to 8-4 on the year.