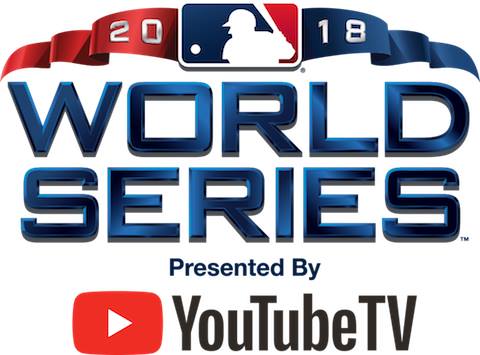 Red Sox. Dodgers. Two franchises that date back to the dawn of baseball. In a rematch 102 years in the making, the Red Sox and Dodgers will meet in the 2018 World Series.

This series has it all: great pitching, great lineups and great managers. It also has arguably the best pitcher on the planet in Clayton Kershaw. The 30-year-old southpaw has appeared in four games (three starts) this postseason and has a 2.37 ERA in 19 innings. Kershaw hopes to lead the Los Angeles Dodgers to their first World Series title since 1988.

How did we get here?

The National League (NL) Champion Dodgers finished the regular season in a first place deadlock with the Colorado Rockies. The two teams played in a one-game playoff to decide the winner of the NL West. Behind the arm of NL Rookie of the Year candidate Walker Buehler, the Dodgers captured their sixth consecutive NL West crown.

In the NL division series, the Dodgers faced the NL East Champion Atlanta Braves. The Dodgers played well and knocked the Braves out of the playoffs in four games.

The NL championship series was a completely different story. The Dodgers faced a red hot Milwaukee Brewers team, winners of each of their last 11 games coming into the series. Milwaukee stayed hot in game one and took a 1-0 series lead. The Dodgers would snap the Brewers’ 12-game winning streak in game two as the series shifted to Los Angeles. The Brewers would win game three while the Dodgers took games four and five. After the Brewers won game six back at Miller Park, the Dodgers cruised behind the arms of their bullpen, with some help from Kershaw, to take game seven and clinch their spot in the World Series for the second straight year.

Over in the American League, the Red Sox won a franchise record 108 games in the regular season. Manager Alex Cora’s bunch clinched the AL East in an 11-6 win in the Bronx against the Yankees on Sept. 20. The Red Sox would have to wait and see who would win the AL Wild Card Game to know who they would play in the AL division series.

After blowing out the Oakland A’s in the AL Wild Card Game, the Yankees headed up to Fenway Park to renew one of the biggest rivalries in all of sports. The teams split the two games in Boston but the Red Sox went on to take games three and four and win the series to advance to the AL Championship Series (ALCS).

In the ALCS, the Red Sox faced the defending World Series Champion Houston Astros. After splitting the first two games in Boston, the series shifted to Houston’s Minute Maid Park where the Red Sox hit their stride and won three in a row to clinch their spot in the World Series for the first time since 2013.

Keys to the Series

The Red Sox will rely heavily on the lineup that carried them through the playoffs to this point. Led by MVP candidates Mookie Betts and J.D. Martinez, Boston’s lineup will have to figure out the Dodgers’ outstanding collection of arms.

Cy Young candidate Chris Sale is a big question mark for Boston. He is slated to start game one but was hospitalized last week with an infection. Since he came off the disabled list in mid-September, Sale hasn’t consistently been his dominant self and occasionally saw his velocity dip more than normal near the end of his starts. If Chris Sale can be Chris Sale and Boston can get to the Dodgers’ bullpen early and tire them out, the Red Sox lineup should carry the team to its ninth World Series title in franchise history.

The Dodgers’ pitching staff could be the reason they win this series. Led by three-time Cy Young Award winner Clayton Kershaw and Walker Buehler, the Dodgers will look to flip the script and avenge their game seven loss last season. The Dodgers had to watch another team celebrate a World Series title on their field last year and hope that they’ll be the ones celebrating a championship this time around. In order for the Dodgers to win, they’ll need to shut down Boston’s big bats and the starters need to go deep into games if they want to knock off the AL Champion Red Sox.

This will be a great series that should go seven games. Both teams are outstanding and we’ll see if the pitching of the Dodgers prevails against the high-powered offense of the Red Sox. The Red Sox were the best team in baseball in the regular season, winning 108 games, but good pitching beats good hitting. That is why I’m picking the Dodgers to win in seven games.