ANALYSIS: Twitter nearly breaks after Giants trade Odell Beckham Jr., but should it have? 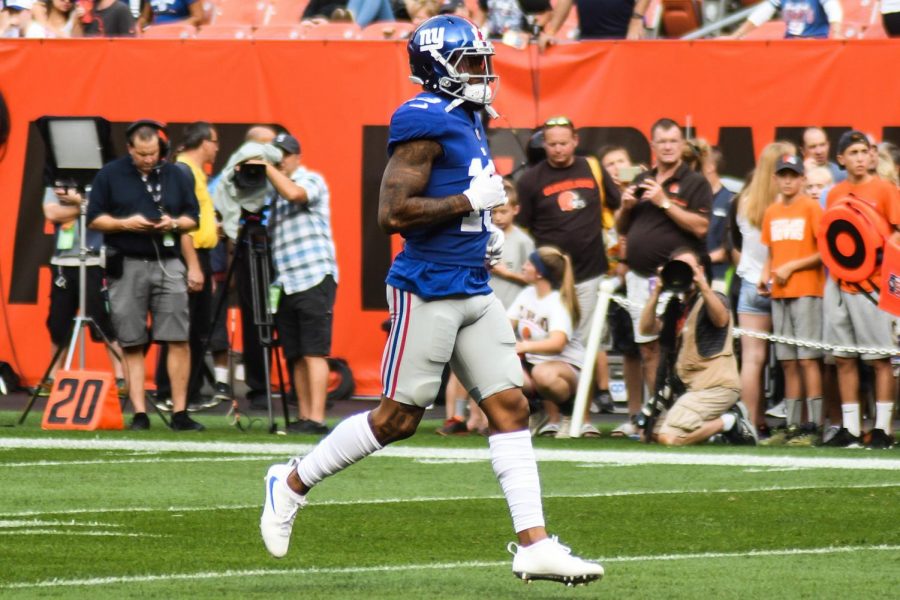 Seven of the top ten trending topics on the platform involved the trade, while National Football League (NFL) stars reacted and Giants fans everywhere expressed their frustration with the organization.

Oh wow! No loyalty in this game! 😳

I can’t even say what I wanna say… just wow! This a crazy business

WHAT IS GOING ON

The tweet from Dez Bryant does a good job summing up the reaction of Giants fans. They were not happy with General Manager Dave Gettleman, who said at the NFL’s scouting combine that they “Didn’t sign [Beckham] to trade him,” which clearly wasn’t the case. The Browns acquired Beckham in exchange for the 17th overall pick in this year’s upcoming NFL draft and with safety Jabrill Peppers Cleveland also surrendered a third round pick in this year’s draft as part of the deal.

During the current offseason, the Giants signed Beckham to the richest contract of any receiver in football. The team wasn’t shopping the superstar player, but team officials were listening to offers. If they felt blown away, they would make a deal, which ended up being the case. Earlier in the week, the Giants swapped linebacker Olivier Vernon and a fourth round pick for Cleveland offensive lineman Kevin Zeitler and the Browns’ fifth round pick

The Giants seem to be in rebuild mode, but they have bolstered their offensive line and replaced safety Landon Collins. The team acquired free agent receiver Golden Tate as well to help restock its receiving corps.

On the surface it may seem the Giants are planning to tank in 2019, but they might just have gotten better.

The extra draft picks acquired by the Giants give them the capital to possibly move up in the draft and get in better position to take a quarterback. This year’s class isn’t as talented at quarterback as last year’s, but there are still some quality prospects. The class is led by Heisman Trophy winner Kyler Murray and Ohio State’s Dwayne Haskins. The latter has been linked to the Giants all offseason long as the potential successor to their current quarterback Eli Manning.

The Arizona Cardinals, who own the first pick in April’s draft, are rumored to have strong interest in Murray. The team picked UCLA quarterback Josh Rosen in last year’s draft, but seem very high on Murray and could move on from Rosen after only one season.

If the Cardinals take Murray, the Giants would be faced with a difficult decision. They currently own the sixth and now 17th picks thanks to the Beckham Jr. trade. In this scenario, the Giants will likely engage the 49ers, who own the second pick, about moving up. If history tells us anything, the Giants might need to give up the sixth and 17th picks along with either a potential future first round or second round pick to climb to the second spot.

All of this relates back to the Odell Beckham Jr. trade. At first glance, it seems like the Giants should have gotten more than they did, but they actually did well in this deal, especially when compared to the Pittsburgh Steelers’ return of a third and fifth round pick for Antonio Brown. This trade accomplished multiple things for the Giants. It cleared a massive cap hit from Beckham’s contract, helped the team acquire more assets to move up in the draft and it brought a good replacement for Landon Collins at a cheaper price tag.

I was as shocked as everyone else when this trade went down, but when the shock faded away I looked at what the team did. The future actually looks promising. If the Giants take Haskins, they can let him sit behind Manning for a year and take over the team in 2020.

So before Giants fans lose their minds over this trade, they should step back and look at the possibilities the trade has opened up. They are actually in good shape for the long haul.