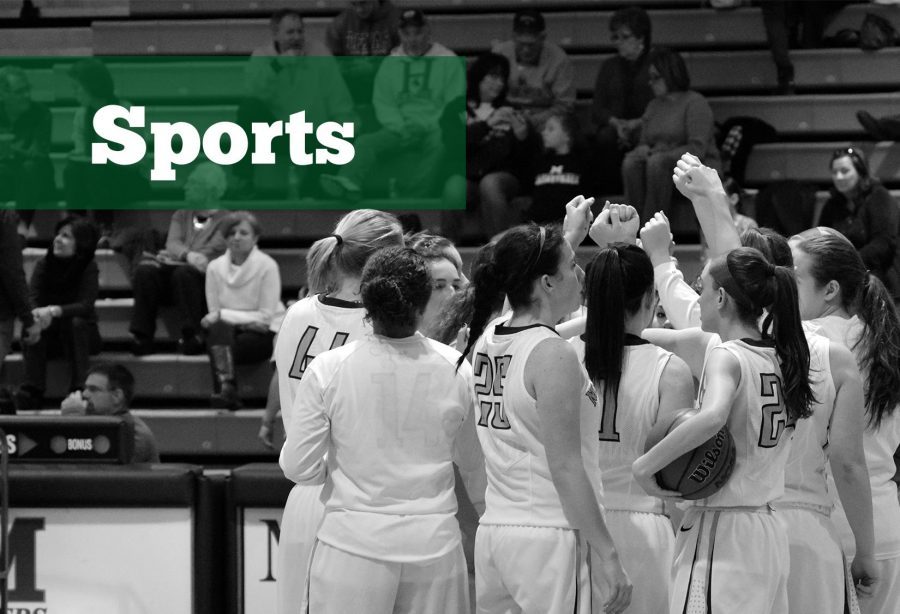 The Marywood Men’s Basketball team is looking to rite the ship after a slow start to Atlantic East Conference (AEC) play. The team has gone through a rough patch in what has the outlook of being a rebuilding year for the program following the departure of two of the three top scorers in program history Thomas Swartz and Jeremy Ringland.

Head coach Enrico Mastroianni, who is in his fifth season with the Pacers, said he believes the team has what it takes to win on any given night.

“I think we’ve always been capable of winning the games,” said Mastroianni. “It took a little while for us to figure out how to get together on the same page and in the same direction, but I have no doubt that we’re going to continue to compete. Every game we’re telling the guys, ‘Let’s go 1-0 today.’ The records don’t matter, it’s about the matchup in front of us.”

The team has battled and played hard all season long, but have been coming up short. Their record currently sits at 6-15 with a 1-7 record in the Atlantic East. One of the bright spots for the Pacers has been Junior Jack DeGroot, who leads the team in scoring with 17.4 points per game (PPG) while shooting 39% from three-point range.

Junior Adam Boussatta has continued to grow as a player. Boussatta has seen his minutes increase in the last two seasons and his averages have gone up as a result. Averaging just over 15 PPG this season, Boussatta has stepped up in a big way and blossomed into an elite inside force.

Degroot said he believes playing as a team is vital for the team going forward.

“The key is just team basketball,” Degroot said. “Believing in each other, spreading the ball out, making sure that we’re in motion and we’re not playing iso ball.”

Mastrionni said he has asked a lot of his key group of juniors this season and they’ve stepped up in a big way.

“Don, Jack and Adam, we told them in the preseason that they were going to have to fill in different roles. Not only [did we lose] Tip, but we lost Jeremy too. That’s number two and three all-time on our scoring list,” said Mastrionni. “We’ve been trying to hammer home that ‘It’s nice that you guys score points but we need you to do more. We need you to defend, we need you to rebound [and] not turn the ball over. All the little things that make the difference between winning and losing a game.’ It’s nice for those guys and I’m excited that they’re putting points on the board.”