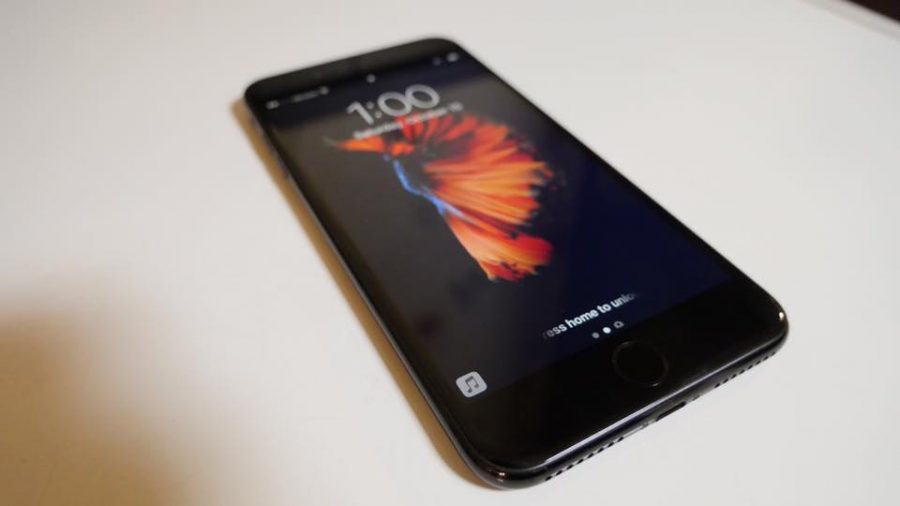 While Apple’s main competitor, Samsung, is facing difficulty selling its latest smartphone over reports of dangerously faulty batteries, Apple is so far having no problem selling its newest iPhones.

Last month, Apple announced the release of the iPhone 7 and 7 Plus, with preorders selling out in minutes. Customers looking to order the new jet black color option found that orders would ship as late as November.

The iPhone 7 and 7 Plus are available in silver, gold, and rose gold, just like last year’s model, however, the space gray option has been replaced by two new colors: black and jet black. At first glance, the jet black iPhone outshines the other choices. Apple teased this new design in a promotional video around the time of the phone’s release.

Although the jet black phones were the biggest sellers in Apple’s new line, they aren’t all that they’ve been hyped up to be. Apple has warned consumers that the jet black iPhones are more prone to scratches than the matte color options due to being so high-gloss.

After just around a month of being out, in-store demo models of the jet black phones show more scratches than the others, and the personal device used for this review is already scratched, despite being in use for just a couple of days.

On the other hand, the new matte black color option is a minor but definite improvement over the old space gray model. The matte black phone’s antenna lines blend in better, and on all options they have been relocated to only the top and bottom edges of the device, offering a more seamless look on the back of the phone.

Both the 7 and 7 Plus models have an improved camera bezel, which is now part of the back of the phone, rather than a separate component like on the iPhone 6 and 6S models. This is mostly an aesthetic difference, but it definitely makes the phone appear sleeker.

The new iPhone is faster than last year’s model, thanks to the new A10 fusion chip and an up-sized 3GB of RAM. When compared to a brand new iPhone 6S Plus, the new 7 Plus manages to open the camera app just a second or two faster.

The iPhone 7 Plus also features a dual-camera system, which adds a 56mm telephoto lens next to the standard 28mm wide angle lens. Users can use a 2x optical zoom function, which switches the camera to the 56mm, effectively zooming in twice as far, allowing for better quality zoomed images at two times the standard view.

With iOS 10.1 beta 2, owners of the 7 Plus can utilize the new dual-camera setup for portrait mode. Portrait mode essentially allows users to fake the effects of depth of field, to create professional-looking photos by taking an image with both of the cameras on the 7 Plus, allowing one lens to focus on the subject and the other lens to blur out the background.

The new iPhone models feature two other physical updates. In a controversial move, Apple removed the headphone jack from the 7 and 7 Plus. Overall, this change is going to alter the world of technology over the next few years and possibly phase out 3.5mm headphones entirely. However, judging by the estimated high sales figures, Apple users are likely not bothered by this change.
The new phones also feature a solid state home button. The button works like a touch screen, using capacitive touch, which requires contact with human skin as opposed to just pressure. It also utilizes Apple’s 3D Touch technology, which debuted on the 6S models, to determine whether users are simply touching or pressing the button.

Along with the dual-camera on the 7 Plus, this updated home button is one of the coolest updates that Apple has included. When pressing the button users feel a responsive haptic, a sort of vibration that simulates the sensation of pressing a real button. Apple refers to this as a taptic, a combination of “tap” and “haptic,” to refer to the vibration replicating the feeling of a tap.

Besides the loss of the headphone port and change to the home button, the iPhone 7 features only minor upgrades from the 6S and 6S Plus. Because of this, the 7 Plus is definitely the way to go for consumers looking to upgrade their phones this season. The 5.5 inch Plus model features better battery life than the smaller 4.7 inch phone, and the dual cameras are the phone’s biggest party piece. Users who go for the smaller phone are going to be missing out on cool, new features.