Six steps to filling out the best March Madness bracket 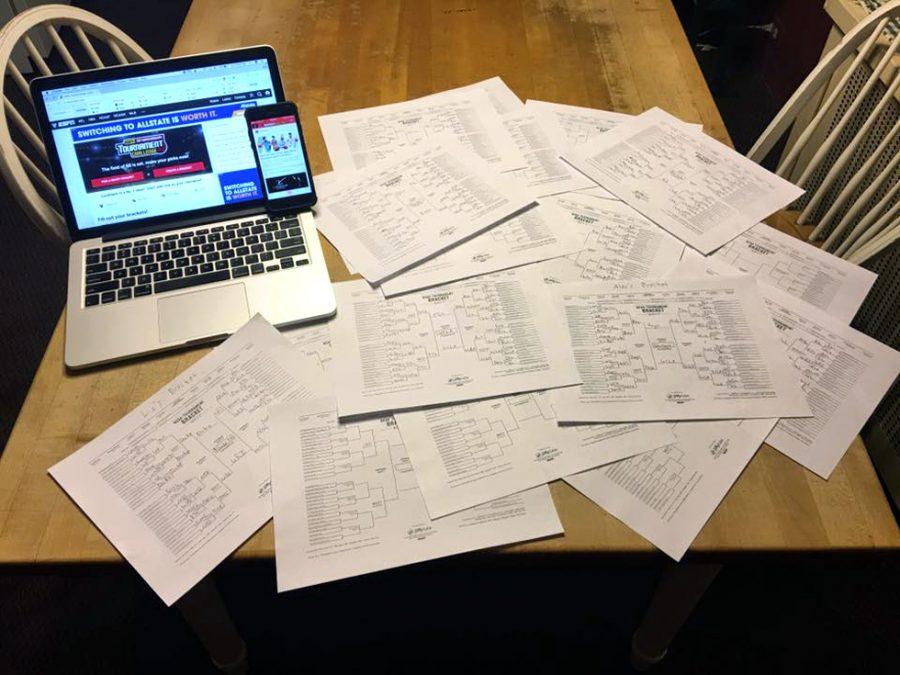 If you're wondering: Yes, I have slight carpal tunnel.

March Madness is upon us and printer ink companies are about to see their revenue skyrocket. Why? It’s bracket season.

I like to consider myself a bracket connoisseur, as I have filled out hundreds over the past four or five seasons. I’ve already filled out 45 brackets since the field was announced on Sunday night.

If you’re looking to fill out the best bracket possible, follow these six tips:

Almost every year, a #5 seeded team loses to a #12. It’s a tradition. In 2016, both Baylor University and Purdue University were the victims. Since 1985, there have been 46 total #12 over #5 seed upsets, which leads me to ask– is it really an upset anymore?

In 2017, I’m looking at all four #5 seeds as possibilities for first-round upsets. The one I’m the most confident in is #12 Middle Tennessee State over #5 Minnesota.

2. A mid-major, yes that includes Gonzaga, won’t win it all

The last time a team from a mid-major conference won the championship was in 1966, when Texas Western beat Kentucky and shocked the sports world.

Since then, many other teams have come close. Butler’s back-to-back National Championship appearances in 2010 and 2011 are the best example. Unfortunately, for smaller programs, which includes #1 seed Gonzaga, it always ends up being the same teams who hoist the trophy and cut down the nets.

If I were to tell you what mid-majors I think will go the furthest, I’d say Gonzaga, Middle Tennessee and Rhode Island.

It’s very rare to see the Final Four feature all four #1 seeds. It’s so rare that it has only happened once since 1979. In 2008, Kansas, Memphis, UCLA and North Carolina made it to the semifinals. There have been multiple occurrences of three number ones in the Final Four, but having all four is hard to come by.

The only #1 seeds I can see making it, if at all, are North Carolina and Villanova. Pick them if you’re going for the best teams.

Everyone wants the #13 seed mid-major team to go all the way and turn the sports universe on its head. But if we look back at all the champions since the turn of the century, we see many familiar faces: Duke, North Carolina, Connecticut, Kentucky and Kansas. Those five teams have combined for 10 championships since that time. It would be nice to see a Cinderella go all the way, but expect one of the usual suspects instead.

This year I suggest picking Villanova for a repeat or Duke, a team that is red hot right now.

Since 1990, 21 of the 27 National Champions have had blue as either their primary or secondary color. The most recent of those to not be blue was in 2013 when Louisville made a massive comeback against Michigan (whose primary color is blue).

Again, Villanova and Duke should be the most popular picks, followed by North Carolina and Kentucky.

It was some of the most fun I ever had. That’s why my most important tip is to simply enjoy the experience. March Madness is an annual event, a magical time of Cinderellas and buzzer-beaters. Join a bracket challenge, enter your work bracket pool or just follow along at home. It’s the most wonderful time of the year.