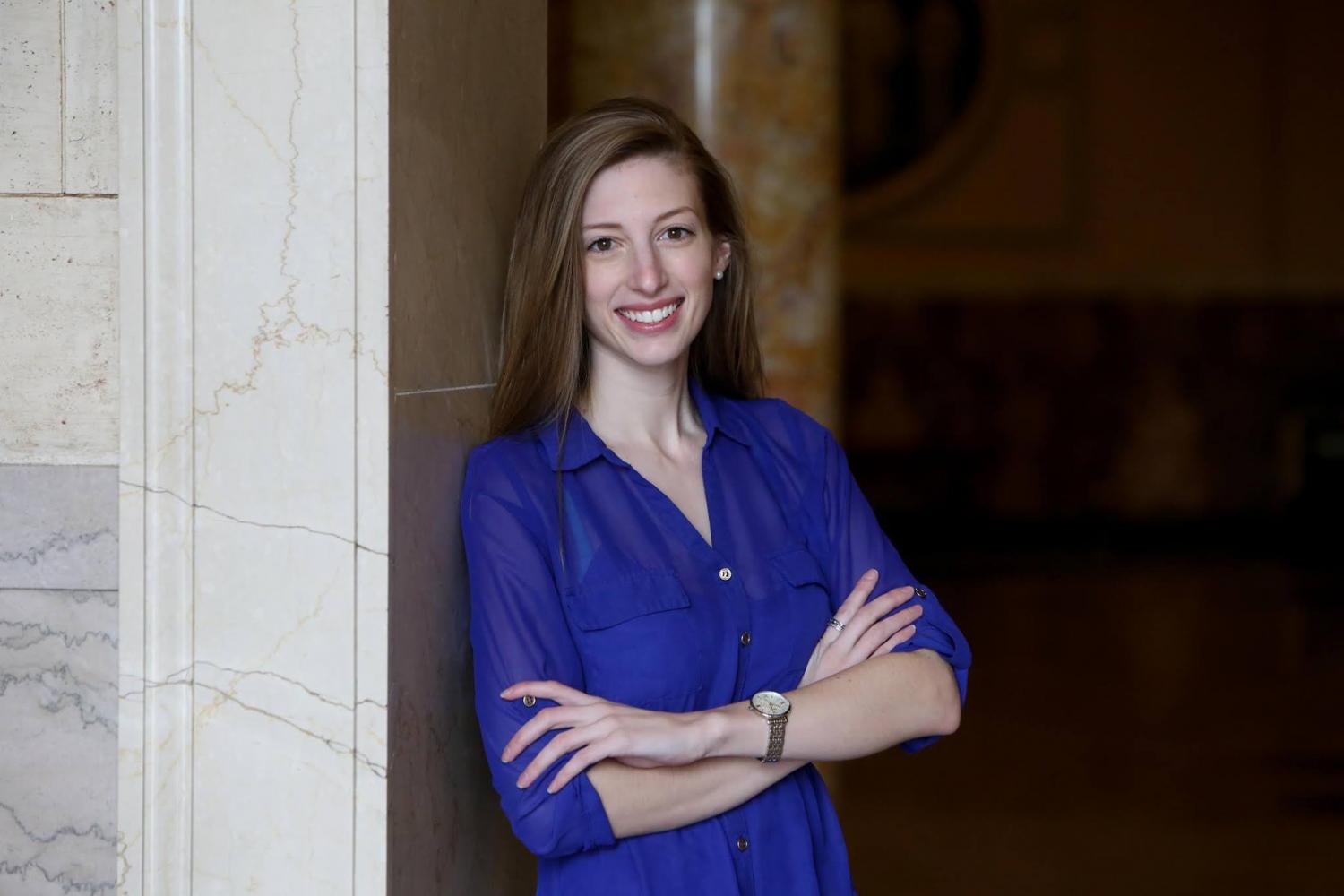 Fulbright Scholar and Marywood Alumna and Professor Katlyn Beaton had never heard of Andorra, a landlocked nation adjacent to France and Spain, until she heard about friends skiing there while studying abroad in Valencia, Spain.

Now, she is teaching Andorran students and professors her native language: English.

Beaton, who has her undergraduate degree in Spanish and her master’s degree in education, has been in Andorra since August teaching students and other professors English for professional use.

Originally, Beaton sought out Spain for her Fulbright studies, but she was ineligible.

“I chose Andorra because I couldn’t go to Spain; I already have my master’s degree, so I couldn’t apply there,” said Beaton. “While I lived in Valencia, though, I kept hearing about Andorra, and I finally began asking ‘what is this little country?’”

Andorra’s population is roughly that of Scranton, and its country is known for its skiing, perfume and tobacco production. It is home to Europe’s largest spa, Caldea, and it is not part of the European Union, meaning the paperwork to travel to Andorra is a little more difficult.

Its official language is Catalan, but its primary languages are French and Spanish. In addition, English and Portuguese are taught in schools, meaning many citizens can speak upward of five languages.

All of this creates great learning opportunities for Beaton.

“I chose Andorra because I knew I still would be able to speak Spanish, and the people here know so many languages,” said Beaton.

Beaton teaches English for twelve hours a week at two different placements. For 10 hours a week, she teaches students at the Centre de Formació Professional, comparable to that of an American vocational-technical school. She spends the other two hours at the Universitat d’Andorra, having conversations with other professors to help them perfect their English.

At the Centre de Formació Professional, she teaches students ages 16 to 22 English for professional studies, like being a multilingual secretary. They are taught how to properly write resumes and cover letters, and their final exam consists of a formal interview-like scenario entirely in English.

Meanwhile, the Universitat is working to transition toward more English in its courses, a difficult task as there are not many English speakers already there. Beaton’s work helps professors through this change.

Beaton said she is amazed at not only how much she has the opportunity to teach, but also at how much she gets to learn.

“The Fulbright program has let me become immersed in another culture and to learn about my own,” said Beaton. “I am technically speaking a ‘cultural ambassador’ and I get to teach them all about mine, too.”

In addition to teaching, Beaton is working on her Fulbright proposal project called “Vida Pals,” or “Life Friends” in English.

Beaton is working to bring students together to talk face-to-face via Skype or FaceTime, a “pen pal program but video chat,” as she puts it. While programs like Rosetta Stone are online, it cannot talk back to you effectively. Instead, pairing native speakers of their respective language together to practice with someone else can be very helpful.

There are about 22 students between the Univeristat and Marywood across several majors chatting in Spanish and English together through the Vida Pals program. Beaton hopes to add more majors that often incorporate Spanish minors, like business and nursing, to join when she returns home.

Beaton will be presenting on Vida Pals in Nashville, Tennessee at the American Council on the Teaching of Foreign Languages (ACTFL) Annual Convention and World Languages Expo this coming November.

As she continues to put final connections in place before coming home at the end of her semester abroad, she reflected on her time in Andorra and how thankful she is for Marywood’s support.

“Had I never studied Spanish at Marywood, teaching English in Andorra in a Spanish-speaking country never could’ve been a thought. I don’t think I could have been a Fulbright scholar were it not for the Spanish department,” said Beaton.

Dr. Ann Cerminaro-Costanzi, chairperson of the Foreign Language Department, said she is proud and happy for Beaton.

“It’s really a great accomplishment, what she’s doing in Andorra with the Fulbright. She is oustanding, and it’s so well-deserved because she’s an extraordinarily talented, gifted linguist,” said Cerminaro-Costanzi.

She said she is also happy for how well Beaton reflects the department’s values.

“She does so much service, too. She ran our Immersion Day Program in the department, she was the interpreter for the Guatemala trip as an undergrad … she’s an ambassador for us- that is incredibly accomplished,” added Cerminaro-Costanzi.