Popcorn Picks Review: “Everything, Everything” 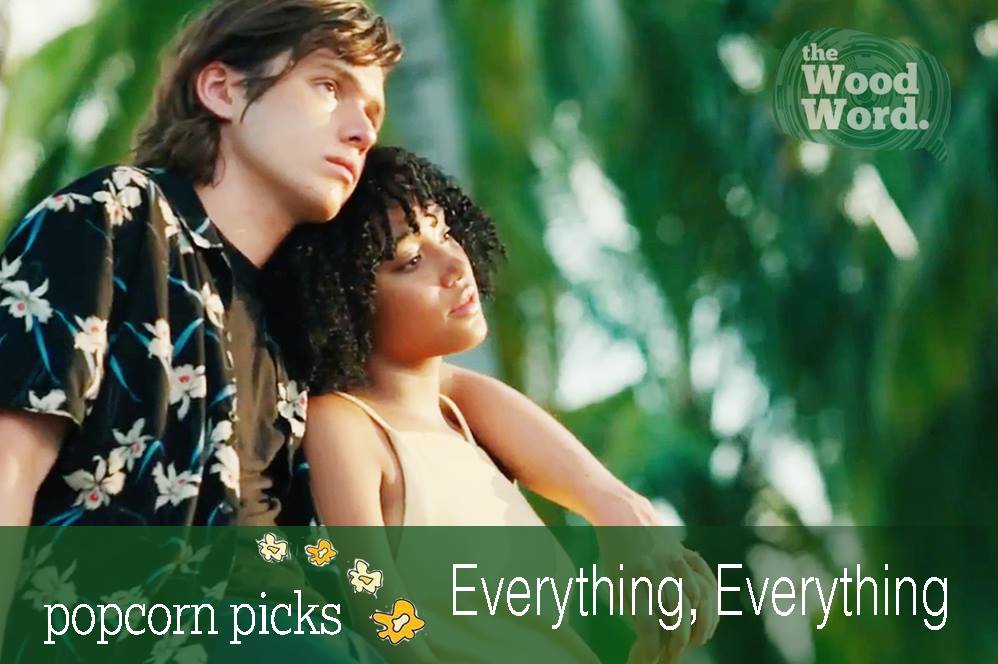 “Everything, Everything” felt like a sugar-coated love story full of every romance cliche under the sun until the last 20 minutes. Then it got worse.

The latest young adult book adaption, adapted from Nicola Yoon’s 2015 novel, focuses on Maddy, played by Amandla Stenberg, a girl who is sick with severe combined immunodeficiency (SCID). Her mother, played by Anika Noni Rose, locks her away in her house. Olly, played by Nick Robinson, and his family move into the house next door and through texts and emails, a relationship grows between Olly and Maddy.

Stenberg and Robinson have an awkward chemistry that works for the film. Usually, when two actors have trouble being natural around each other it leads to poor character development. However, the nature of Olly and Maddy’s relationship is that they’re both shy and awkward. The two leads play this perfectly.

A standout star of the film is Maddy’s nurse Carla, played by Ana de la Reguera. Reguera has a smaller role in the film but she nonetheless steals the scenes that she’s in, especially in the ending.

The story for this film is a fair and faithful adaptation of its source material. That was the film’s biggest mistake.

Without going into spoilers, the ending of this film not only leaves a large amount of plot holes, but also undermines the story. The emotional weight of the story and its events become useless thanks to the last 15 minutes of the film. If screenwriter J. Mills Goodloe chose to change the ending, the story may still be full of young adult tropes and cliches, but it would make more sense.

From the pop driven soundtrack, the hobbies of the two main characters and Maddy’s dream to escape to the beach, there’s no doubt this movie is designed for teenage audiences.

Director Stella Meghie does a great job creating a film any teenager could walk in and enjoy. Anyone outside of that age group, however, may be less than pleased to spend their money on this film.

Rating: Three kernels out of five.