OPINION: Neo-Nazis are domestic terrorists and need to be treated as such 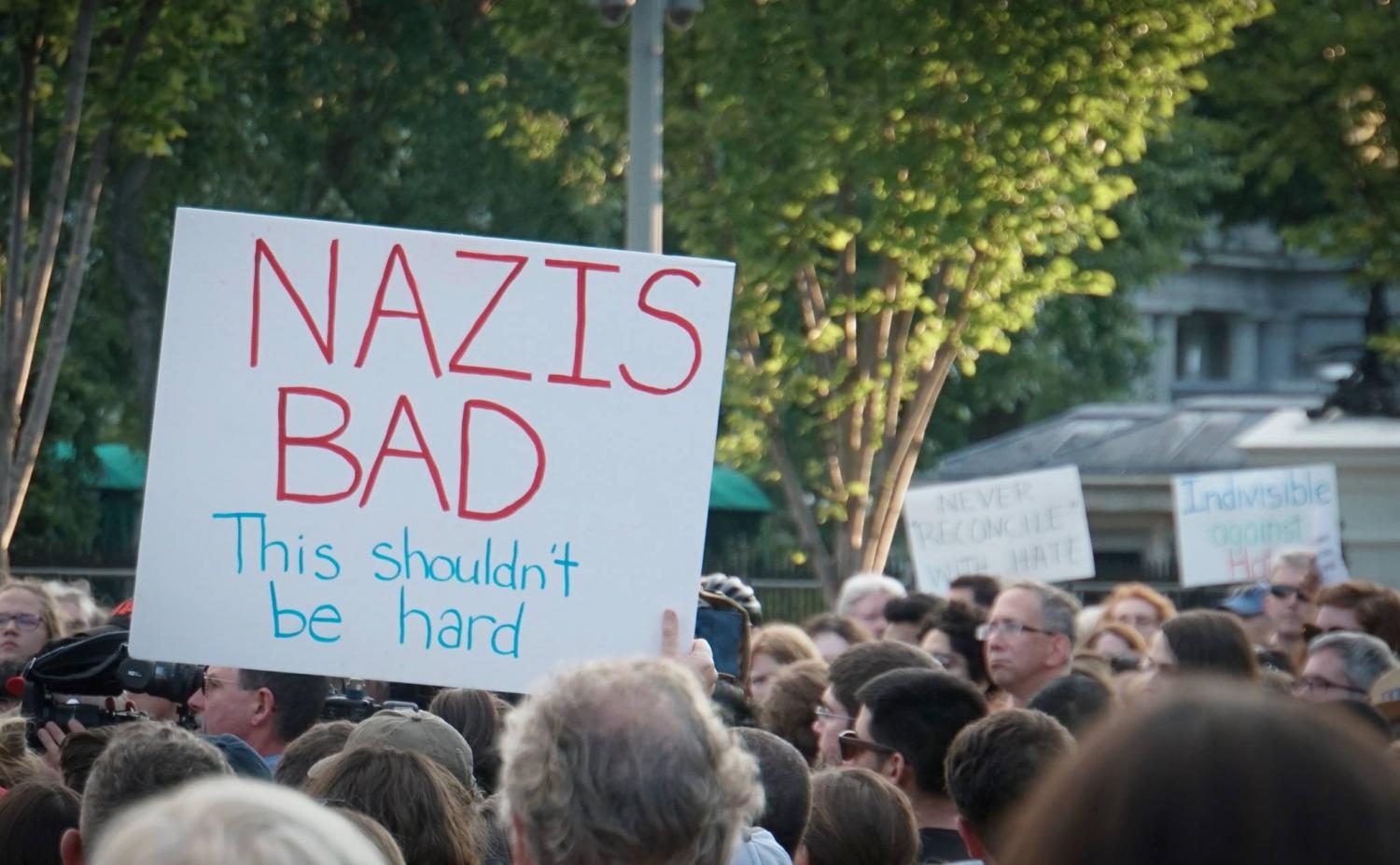 It’s been 72 years since World War II ended with the fall of Nazi Germany and the Third Reich. And yet some people today proudly stand as white supremacists, shamelessly waving Confederate and Nazi flags at a rally in Charlottesville, Virginia over the weekend. One of these violent rally-goers even ran down counter-protesters with his car, injuring 19 and killing one.

Let’s not skirt the truth here. A bunch of angry white people carrying torches, waving the flags of historically oppressive and bigoted regimes and shouting racist ideology, all while adorned in swastika tattoos and imperial eagles aren’t practicing their First Amendment rights. The First Amendment does not protect hate speech or threats of violence. This was nothing but domestic terrorism.

When the southern states seceded from the Union, they became our nation’s enemy. Even though they lost the war and the states became a part of the nation once again, symbols of the Confederacy remain symbols of our enemy. And the flag that has become known as the Confederate flag is nothing but a symbol of anti-American ideology, steeped in 150 years of racism and bigotry.

The same can be said of the Nazi flag, which was always a symbol of hatred and elitist fascism.
Now people are proudly waving these anti-American flags under the pretense of patriotism and American nationalism as they march through otherwise peaceful cities like Charlottesville, espousing nothing but hatred.

When our great nation is threatened by domestic terrorism, we as a people should be able to look to our leaders for support. We expect them to take a stand against those who threaten the American dream of freedom for all people of all backgrounds.

While Virginia Governor Terry McAuliffe strongly condemned the violent white supremacists, saying “there is no place for you in America,” when Americans looked to the President, his response was sadly disappointing.

President Donald Trump tweeted his condolences for the victims of the violent rally, but the most he could say in 140 characters or fewer was “So sad!”

And while he did make an official statement, he did nothing to condemn the real enemy here, the terrorists. President Trump condemned violence from “many sides.”

Rather than explicitly calling out the racist, anti-Semitic “patriots” running around with swastikas and “Make America Great Again” hats, he just said everyone is a little bit too violent and bigoted.

Trump even doubled down on his statement days later, simultaneously making up and criticizing an “alt-left” for being just as violent as these white, supremacist neo-Nazis.

Then, he went on to compare our founding fathers George Washington and Thomas Jerfferson with the Confederate generals whose statues are being torn down. Let me reiterate: the Confederates and the Nazis are not the same as Americans, past or present, who fight for the freedom of our country and its inhabitants.

What is vital now is a swift restoration of law and order and the protection of innocent lives.#Charlottesville pic.twitter.com/DB22fgnu6L

It truly is is “So sad!” when our nation’s leader won’t stand up for true American values of freedom and equality. President Trump’s poor handling of this situation is just as big a problem as the neo-Nazis themselves. Should we not expect our president to stand up against such disgusting and radical examples of bigotry taking place here within our own borders?

An entire nation was looking to you, Mr. President, to say the right thing. You really dropped the ball this time.

It’s time for everyone, especially President Trump, to stand up to anti-American hate groups like white supremacists and speak out against organizations like these that seek to undermine the very foundation of this country.