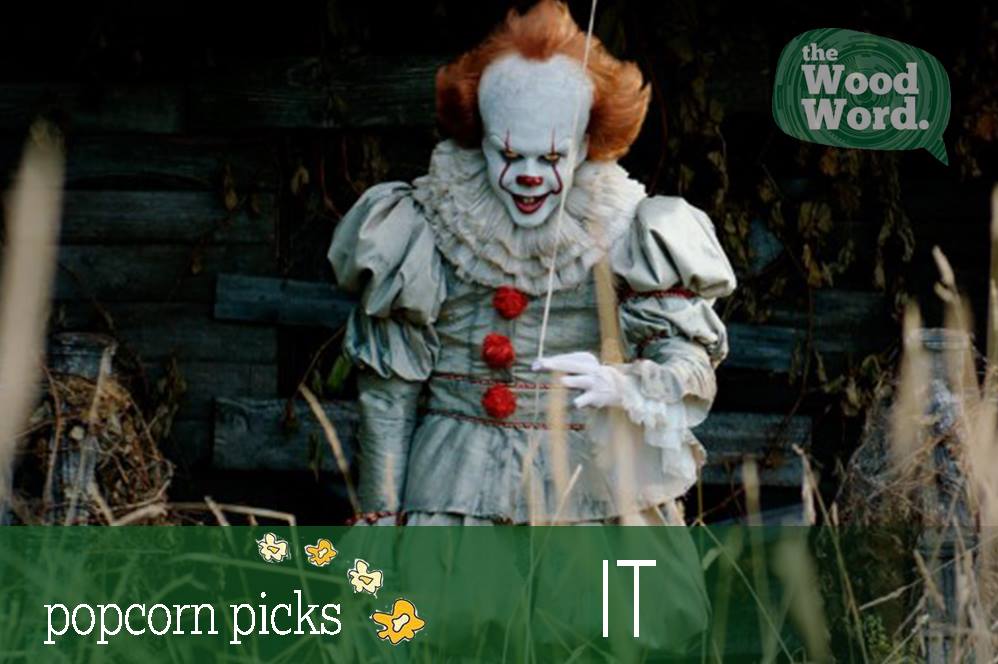 Every 27 years, Pennywise the Dancing Clown comes back to haunt Derry, Maine. Similar to its story and 27 years after the TV miniseries, Stephen King’s novel comes to theaters for the first time.

“It” focuses on the disappearance of kids in the small town of Derry, including Bill Denbrough’s brother, Georgie. Bill and his gang of “losers” come together to try and find out who this mysterious monster is and how to stop him.

As a book adaption, the film is as faithful as it can be. The original novel is dark. If this film was like the original story, the movie would have been rated NC-17. Besides the more intense, details from the novel, the film closely follows the story of the Losers Club’s exploits.

The child actors in the Losers Club range in talent. Jaeden Lieberher as Denbrough is quite impressive. He creates a positive leader for the rest of the club to follow, even with his own personal demons, such as his stutter and his brother’s disappearance.

On a lower end, Wyatt Oleff and Jermey Ray Taylor as Stan and Ben offer a typical child actor performance. Neither were terrible, but they didn’t equal the performances given by their co-stars. Oleff plays a by-the-numbers horror movie character with no real individuality. Taylor feels more like an exposition machine than a character.

The standout star of the film, by far, is the terrifying Bill Skarsgård as Pennywise the Dancing Clown. Pennywise started as a circus clown and Skarsgård plays him as such. This makes him all the more terrifying when he comes for his victims. Tim Curry may have been the Pennywise to traumatize the older generation, but Skarsgård will terrorize a new generation into hating clowns.

Praises should also be given to director Andy Muschietti. “It” is more than a typical horror film, and Muschietti treats it with such dignity. His choice in shots gives the film a unique horror experience, taking typical horror movie cliches and changing them to be his own. By filming in twisted angles, quick cuts and wide shots, it intensifies the horror of the story.

The virtual effects take away from his directing. Pennywise moves outside of the normal realm of human movement, and it’s clearly fake. It looks like the virtual effects were an afterthought compared to the rest of the film.

On the other hand, the more traditional effects are realistic beyond compare. The gore in the film feels so realistic, I personally had to leave the theater a few times because it made me sick.

This may not be the scariest movie of all time, but it will go down as one of the greatest horror films of all time. This is a good thing for the film because scary movies are a cheap thrill and horror movies give the audience dread and fear that may last a lifetime. It not only reminds audiences that horror films can be great films, but that Stephen King adaptations still rule the horror genre.

Rating: Four out of five kernels