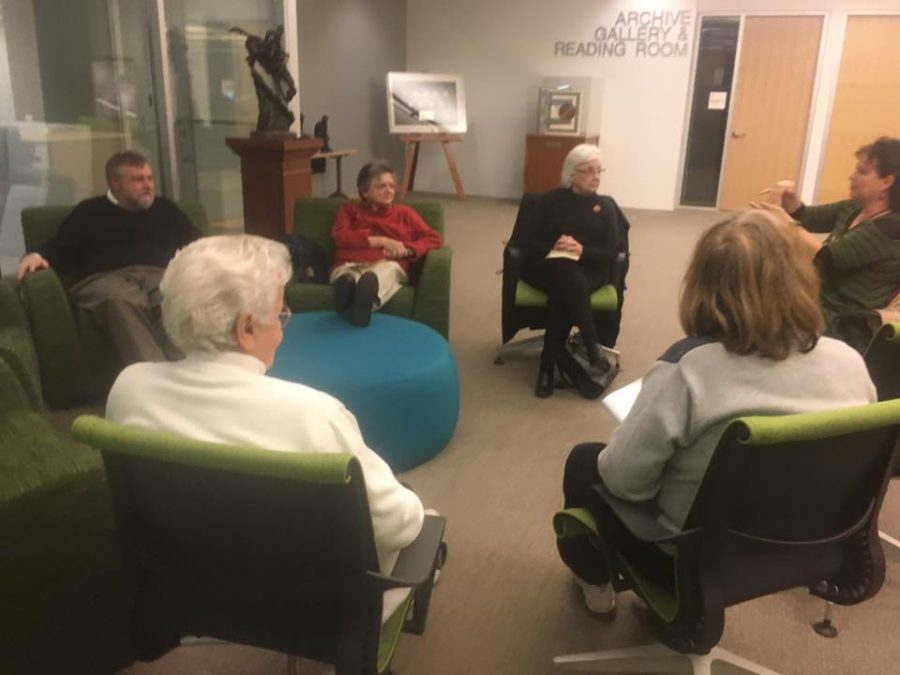 If you want to read but can’t seem to find the time or interesting books, worry naught- Marywood Reads has got you covered.

Modeled after Scranton Reads, Marywood Reads is a book club for any and all people who like to discuss literature with others. Annette Fisher, information literacy and outreach librarian at Marywood, started Marywood Reads in March 2017.

Fisher wanted to create a group on campus for people to share a love of learning and literacy. She chooses books based on availability.

“I get books from the Scranton Public Library,” said Fisher, while handing out the next book to Marywood Reads members: “Holes” by Louis Sachar. “I want diverse books, but I want everyone to be able to have access to them.”

Meetings are held monthly on Wednesdays from 6:30 p.m. to 8 p.m. Last meeting, Marywood Reads read and discussed Sherman Alexie’s “The Absolutely True Diary of a Part-Time Indian,” which won the National Book Award for Young People’s Literature in 2007.

The novel reads from the perspective of 14-year-old Arnold “Junior” Spirit, who lives on a Spokane reservation and details the hilarious and heartbreaking events of his life following his decision to go to a predominantly white school 22 miles away from his home.

Michelle Gordon, who holds a bachelor of arts in Native American studies from the University of Oklahoma, attended the discussion and was able to give context to attendees who may not be quite as familiar with Native American culture.

“A book can stand alone, but if you know what’s behind it, [the context] makes a book richer,” said Gordon. “[Native Americans] are our fellow Americans, and we owe it to ourselves to understand different cultures that were here before [non-Native Americans] got here and are still here now.”

“We get a lot of repeat people,” said Schappert of the group. “I think it’s a good opportunity to talk about interesting books.”

The next meeting of Marywood Reads will be on Dec. 20. For more information, visit Fisher at the Knowledge Bar in the Learning Commons or contact the Library.