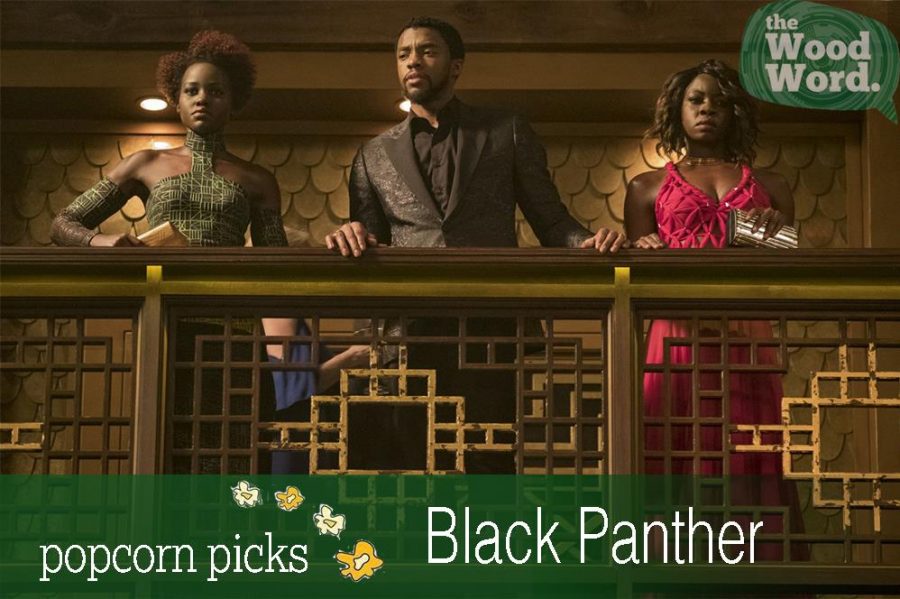 We’ve never seen a superhero film like “Black Panther,” which might be the reason it’s the best Marvel movie ever.

The latest Marvel Cinematic Universe (MCU) film revisits T’Challa, played by Chadwick Boseman, as he steps into the role of King of Wakanda. While T’Challa struggles with balancing his roles as king and being Black Panther, longtime foe of Wakanda Ulysses Klause, played by Andy Serkis, is trying to reveal the technological secrets of Wakanda to the world.

The first eye-catching part of this film is the cinematography. The film’s cinematographer, Rachel Morrison, is currently the first female nominated for a cinematography Oscar and her skill shows in this film. Sweeping shots of Wakanda will take the audience’s breath away. The landscapes are beautiful and give viewers a reason to be lost in this imaginary world.

The film ditches traditional superhero tropes, offering a unique experience. This may be a superhero film, but there’s elements that feel like they’re out of a James Bond film. The power dynamic for the throne feels like something out of “Game of Thrones.” The role of Black Panther isn’t even referred to as being a hero, but a warrior, or something someone has to earn. That aspect alone proves why this film brings something new to the table.

World-building is nothing new in the MCU, but director Ryan Coogler created a world that seems real and yet something out of a storybook. Even Michael B. Jordan’s character calls Wakanda a fairy tale, and that is thanks to Coogler’s work. He took pieces from several other tribes in Africa, such as the Turkana, the Suri and Hemba, to create the culture of Wakanda, turning everything into this fantasy version of Africa, acknowledging the beauty of black magic.

Speaking of Michael B. Jordan, his character Killmonger is one of the best villains in a superhero movie since Heath Ledger’s Joker in “The Dark Knight.” He’s sly, confident, yet at the same time broken and just looking for acceptance. He feels real, with actual motivations that drive him to do what he thinks is the right thing. His actions even influence T’Challa to change the way he wants to run Wakanda. This is the sign of a villain that is integral to the story.

A villain can only be as good as its hero, and they found a fine hero. Within the first few scenes of T’Challa being on screen, we see the power Chadwick Boseman is bringing to the role. He wants to be the king his father was, but over the course of the film he goes over one of the best dynamic character arcs in the Marvel franchise to date. He sees his flaws and decides to acknowledge them and change for the better.

What really sets this film apart from the others is the supporting cast. Wakanda is full of female warriors who offer strong performances. Lupita Nyong’o plays Nakia, a member of royalty in her tribe, but her work focuses on bringing humanitarian help to other women in the surrounding countries. She uses her role to convince T’Challa to offer aid to other countries and Nyong’o shows her Oscar-winning talent in her role.

Letitia Wright as Princess Shuri is the other highlight of the film. She is a younger member of the royal family, but she may just be the smartest one. Wright offers wit and snark while also selling the idea of Shuri being this masterful scientist. Other notable roles include Danai Gurira as Okoyo, head of Wakanda’s special female warrior team and Angela Bassett as Ramonda, T’Challa and Shuri’s mother.

This film is creating a cultural phenomenon around it, with estimates the film will end the holiday weekend box office with nearly $220 million domestically. This will not only be the largest February opening of all time, but be the second biggest Marvel opening behind “The Avengers.” “Black Panther” broke all kinds of records before the film was even released and it lived up to the hype, something other films fail to do. All hail King T’Challa.

Rating: Five out of five kernels