OPINION: The NRA is a foreign-funded propaganda machine 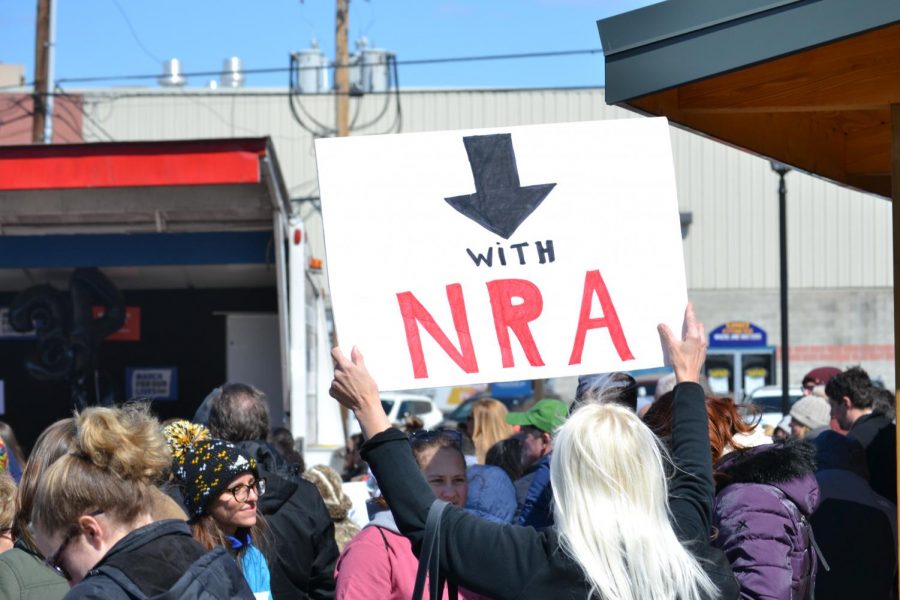 In January, D.C.-based newspaper McClatchy reported that the FBI is investigating whether the National Rifle Association (NRA) accepted Russian donations during the 2016 election in order to boost the Trump campaign.

The investigation is focused on Russian politician Alexander Torshin, who is a strong supporter and dues-paying member of the NRA. McClatchy and NPR reported that the FBI wants to know if Torshin funneled money to the NRA in 2016 that would have aided political campaigns, which the NRA has denied. The NPR report also details how Torshin met with Donald Trump Jr. in 2016 and attempted to meet with Trump Sr. at NRA conventions.

Also in January of this year, liberal group The American Democracy Legal Fund (ADLF) filed a complaint with the Federal Election Commission demanding an investigation, because accepting foreign donations for use in election campaigns is illegal.

What sort of ads did this alleged funding help the NRA create? Well, this one featuring NRA spokeswoman Dana Loesch for starters:

The ad clearly encourages the use of violence against anyone who is for gun control. That is a terrifying thought. We have a group of people who want to own firearms and use them against protesters who call for gun control.

Not only that, but there are some hardcore fascist tones to Loesch’s speech in that ad: attacking the media, inciting police violence against and vilifying protestors. The media and constitutionally-protected protesting are inherently peaceful things, whereas guns are designed to kill. The protesters that Loesch attacks in this ad are asking for stricter gun laws because they’re tired of mass shootings.

That might not be enough evidence against Loesch, so let’s point out she also was an editor and writer for Breitbart, according to CNN. Breitbart is the voice of the far-right movement in America, like the white supremacists and Nazis of last summer’s march in Charlottesville.

Loesch and the NRA are inciting violence. This is just a few steps away from domestic terrorism. Ads and ideologies like this are part of what helps create the Nazis that marched last year and the young white men, like the Parkland shooter, who use guns for violence. The NRA is telling people to buy guns and stand up to the people who want to “take them away,” which can be interpreted to mean “use guns and violence on people who oppose guns.”

I can understand some of the sentiments that a lot of responsible gun owners hold, but responsible gun owners aren’t the problem. They want firearms to protect their families and they believe the Second Amendment allows for arms in order to stand up against a corrupt government, one that would infringe upon their freedoms.

So here’s the NRA, the biggest pro-gun lobby group, using foreign funds to promote a violent agenda. This is the new age of propaganda. Even pro-gun people should be wary of the NRA.

Editor’s note: A previous version of this article stated that Torshin funneled money to the NRA. It has been edited to reflect that there is an investigation into whether he did or not.