Talking to Strangers: March of Our Lives 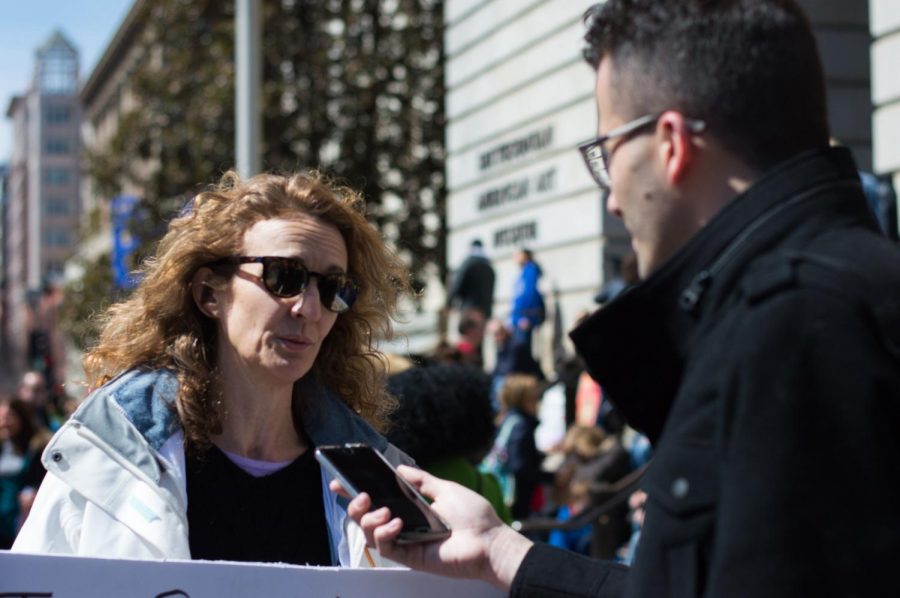 As a curious, yet impressionable child eager to explore the world (as in my childhood home’s backyard) my parents always told me never to talk to strangers. This rule was religiously drilled into my mind almost every single day. However, this is a general rule that can be modified.

“If you see a white van driving slowly down our street, get inside and lock the door.”

“If a person in the white van tells you they lost their dog and needs help finding it, ignore it and run back to the house.”

While these rules are truly terrifying, constantly making me worry that I would be the next child abduction victim to end up on the news, they kept me safe. I never once took a piece of hard candy from a stranger. If I spotted a white van, I screamed and ran in the opposite direction. I was woke before being woke was cool.

As I transitioned from middle school to high school, things began to change. While I wasn’t talking to creepy 40 year olds on the streets of Northeastern Pennsylvania and still avoiding white vans at all costs, I began to open up to people around my age.

This process kicked itself into overdrive in college. I began talking to people with completely different backgrounds, ages and majors from all over the country and even the world. But, most of these people were in my classes. Although technically strangers, they were classmates. I felt safe engaging in a simple conversation.

I almost shredded my social cocoon, but needed to overcome one last hurdle. I was a broadcast journalism major. Talking to strangers is technically a big part of my job description.

I didn’t find interviewing administrators, students or athletes on Marywood’s campus too difficult. The fear of rejection or initial anxiety of approaching another person for his or her thoughts never affected me. I was protected within the walls of my university. I didn’t have to interact with the “man or woman on the street.” I felt safe. I was confident in my territorial abilities as a reporter. Then, everything changed.

I volunteered to be one of five journalists to cover the March for Our Lives rally in Washington D.C. I was both excited and anxious to cover an event with hundreds of thousands of people in attendance. As the group split off, a million butterflies simultaneously began to swarm in my stomach. My mind started racing.

Am I going to do this? Am I actually going to approach the stranger? Am I about to break the cardinal childhood rule that was engraved into my brain? The answer to all of those questions had to be an unequivocal yes. I couldn’t turn back now. I had a videographer and a photographer with me who looked to me to get the job done. I was staring at an endless amount of people. This was my opportunity to leave my social cocoon and turn into a fearless butterfly taking the form of a student reporter. With no time to spare, I flew into action.

For the next four hours, I approached dozens of people from all over the country. I met people with amazingly unique perspectives on gun legislation. From a current teacher at Marjory Stoneman Douglas High School to a high school junior to a victim of domestic violence, the genuine interaction with these people turned my anxiety into a desire. I fell in love with walking up to strangers and simply starting a conversation. Even more importantly, the strangers wanted to talk to me. As a journalist, I was their voice. It was surreal and made me fall in love with telling people’s stories.

So strangers, I have some advice for you. Don’t be afraid to talk to strangers. In fact, I encourage you to. Go to your local diner or coffee shop and strike up a conversation with someone. Talk to someone in your school’s library, someone who you have never talked to before. Open you ears and mind to the world outside of your own. You will be utterly surprised at who you might meet and what you might discover.