Popcorn Picks Review: ‘Avengers: Infinity War’ is the beginning of the end 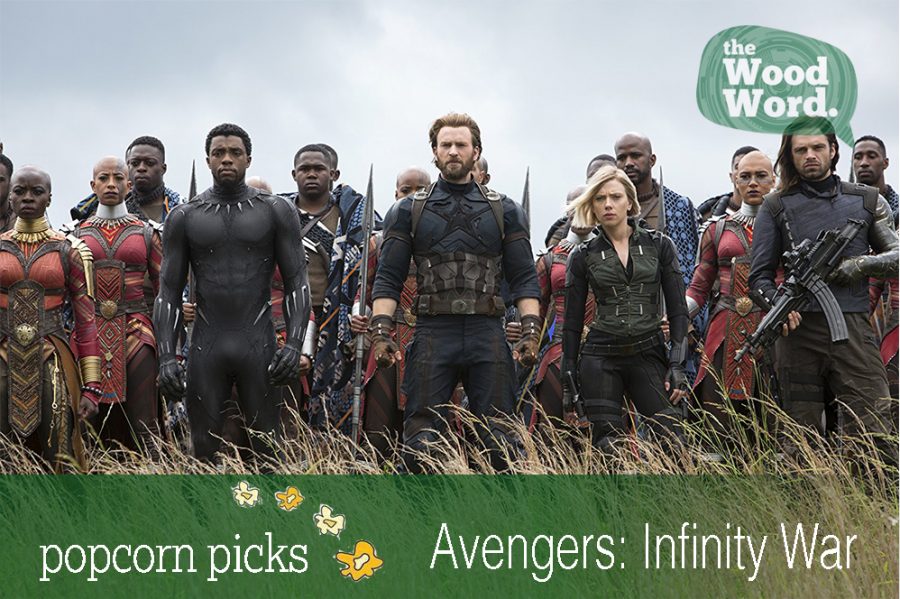 If I have to say one thing, it’s that I’m glad this film is my final Popcorn Picks review.

This movie and its significance to the Marvel Cinematic Universe (MCU) is almost parallel to the end of my college career. It’s the beginning of the end, offering fans the mash up of their favorite heroes while setting up for a looming reset that is supposedly coming with “Avengers 4.” Over the next few weeks, I’ll be finishing up my finals, decorating my cap and gearing up for commencement, my personal ending. It’s a nice way for this column to end.

“Avengers: Infinity War” is the 19th film in the MCU, featuring almost every major hero introduced over the past 10 years and 18 movies. The Avengers have a limited amount of time to stop Thanos, played by the terrifying Josh Brolin, from collecting all six infinity stones to wipe out the entire universe. The team is split up with some traveling into space, some in New York City and the rest trekking around the world.

For those people who are terrified of even the most minimal spoilers, the quick review is that it’s a solid film. Though it’s very bloated and often hard to follow the characters, it defends the long two and a half hour run time. It is important for viewers to acknowledge that they need to be caught up on their heroes before seeing this film. This storyline dives in and assumes everyone has watched the previous movies, which could cause some minor confusion in the beginning when introducing characters. Outside of these issues, it’s an enjoyable movie.

The story of this film really is a love letter to Marvel fans. There are references all around, including cameos that you won’t understand unless you’ve seen every single one of the movies released before “Infinity War.” Unlike the majority of Marvel movies, this one is not a standalone film. This is both a positive and a negative, as it allows fans of the entire MCU to enjoy a film truly made for them but isolates casual moviegoers.

Maybe it’s because of the amount of action in this film, but the CGI feels weak compared to other Marvel films. One big miss is Mark Ruffalo in the Hulkbuster Iron Man suit during the fight in Wakanda. It clearly looks edited in as an after thought. Other poor moments include Peter Parker in the Iron Spider suit, Thanos and Gamora on Vormir and the monsters during the Wakanda fight. These poor effects take away from the overall experience.

Since Thanos was teased in an after-credits scene in “The Avengers,” everyone has had their expectations. Josh Brolin delivered on the intimidating, powerful performance as the heroes’ biggest villain to date. From the moment he appears on screen, he sets the tone for the rest of the film within minutes. He switches between level-headed and enraged at the right times as he slowly becomes more powerful. He is a force to be reckoned with, especially with his performance.

With so many characters, it’s hard to give anyone a real story arc. Despite this, Benedict Cumberbatch as Doctor Strange and Chris Pratt as Star-Lord both manage to stand out. Cumberbatch offers a great blend of quips and heroism while tugging at fans’ hearts during the finale. Pratt, on the other hand, gets to show off his more dramatic side compared to his appearances in the “Guardians of the Galaxy” films.

This film is far from perfect. But it takes the traditional Marvel film formula and flips it on its head, giving audiences an intimidating finale with a confusing future ahead. It’s not for everyone, but after MCU fans had to sit through 18 films over the past 10 years to get to this moment, it’s OK that it’s not for everyone. This is for them, to get ready to say goodbye.

Rating: Three and a half out of five kernels.