Popcorn Picks Review: ‘The Predator’ is a fun but flawed adventure 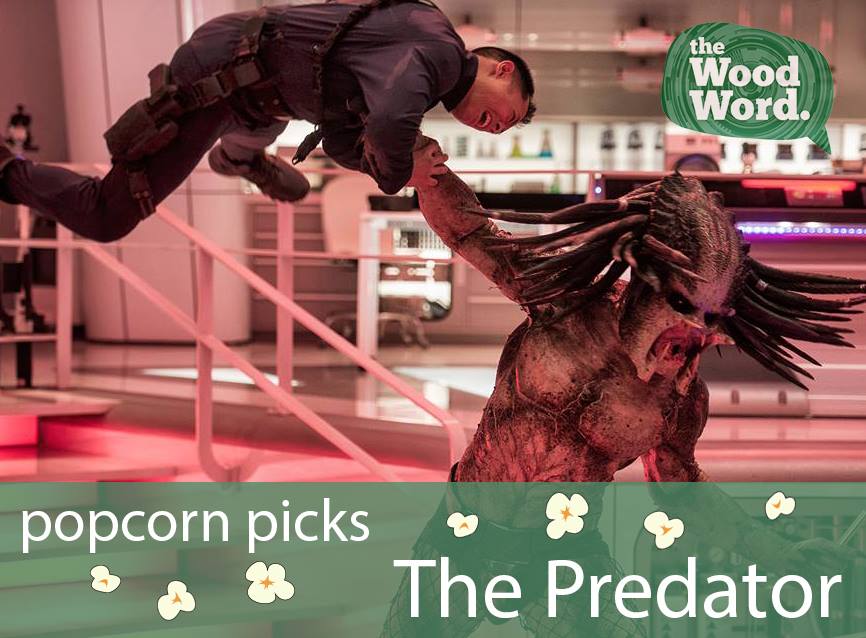 “The Predator” is a far from a perfect movie, but it has an undeniable charm that can leave fans of action movies walking out of theaters with smiles on their faces.

“The Predator” is centered around ex-army sniper Quinn McKenna, played by Boyd Holbrook. McKenna swears he has discovered the existence of a lethal alien species known as predators after having a near deadly encounter with one, but no one believes him. He soon finds himself sent away to become part of a group of ex-military soldiers referred to as the “loonies.” McKenna becomes the leader of these “loonies” and before long, they are all on a wild goose chase after the predator.

The main strength of this film is that it never takes itself too seriously. The premise sounds ridiculous because it is ridiculous and it seems obvious that everyone involved was aware of this. As a result, there are a ton of of great moments scattered throughout.

Rather surprisingly, funny moments are not hard to come by in “The Predator.” Whether or not they are intentionally funny or just funny due to the sheer ridiculousness of what is happening on screen is a different story, but the film is much more enjoyable as a result.

“The loonies” especially play into the comedic aspect of the film as they are always cracking jokes or just doing something completely ridiculous. Keegan-Michael Key’s character Coyle stands out amongst the pack thanks to his overuse of cheesy one-liners and overall performance throughout. Not that any of the characters are anything spectacular, but they all have a certain qualities to them that make them one of the most memorable parts of the film.

“The Predator” is at its best when there is actually a predator on screen. Every scene including one of these hulking beasts features over-the-top action sequences that are an absolute blast to watch, however they are not present nearly as much as they should be.

For a film called “The Predator” there sure is a lot of time spent without them on screen. Instead, a plot that filmgoers have seen seemingly thousands of times is being regurgitated on screen. Without the comic relief, these scenes would be an absolute chore to sit through, but thankfully there’s something at least mildly entertaining on screen at most times.

For many reasons, “The Predator” shouldn’t be as much of a joy to watch as it is. None of the actors or actresses really stand out despite some decent talent, the story has been done to death and there is not enough time spent seeing the aliens. Somehow this film gets away with it and delivers an experience that is at least worth one watch.

If you’re looking for some dumb fun, grab a few friends and go see “The Predator.” You may not come out having seen a great movie, but you can definitely come out saying you had a great time.

Rating: Two and a half out of four kernels.